The rogue trader: Crazier than a psychopath

The BBC is shocked when a speculator tells the truth, but science explains the appetite for destruction 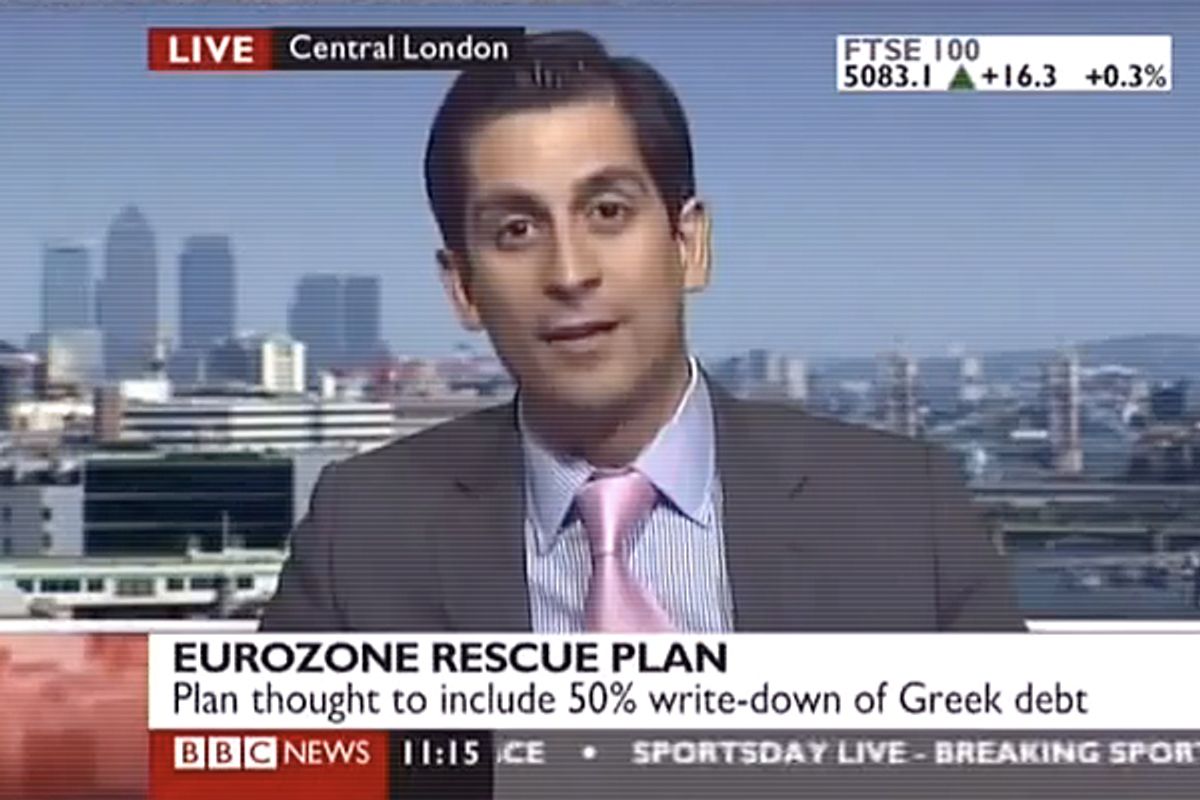 Shock, consternation, cries of rage and accusations of Yes Men hoaxery -- the uproar in response to statements made by "independent trader" Alessio Rastani to the BBC on Monday tended to miss one important fact: this is exactly how many traders behave and think.

Maybe it's a hoax, maybe not. But when the BBC anchor asked Rastani what European political leaders could do to assuage trader misgivings over the state of the European financial crisis, his words rang with honesty:

"Personally, it doesn't matter. I'm a trader. I don't really care about that stuff. If I see an opportunity to make money, I go with that. For most traders ... we don't really care that much about how they are going to fix the economy... how they are going to fix the whole situation. Our job is to make money from it. Personally I've been dreaming of this moment for three years. I have a confession -- which is when I go to bed every night I dream of another recession. I dream of another moment like this."

Business as usual, folks! For further elucidation of the trader psyche, Germany's Spiegel newspaper helpfully summarizes a new study from Swiss researchers attempting to explain why traders take risks. The researchers looked at "the readiness to cooperate and the egotism of 28 professional traders who took part in computer simulations and intelligence tests," and compared it to a control group of imprisoned criminals.

"Naturally one can't characterize the traders as deranged," Noll told SPIEGEL. "But for example, they behaved more egotistically and were more willing to take risks than a group of psychopaths who took the same test..."

Using a metaphor to describe the behavior, Noll said the stockbrokers behaved as though their neighbor had the same car, "and they took after it with a baseball bat so they could look better themselves."

The Spiegel article finishes on a somewhat plaintive note, reporting that "the researchers were unable to explain this penchant for destruction, they said." But here at Salon, we can help. Back in 2009, my post "How testosterone poisoning wrecked the economy," reported the conslusions of two Cambridge University neuroscientists who monitored the testoterone levels of 17 male traders who specialized in German interest rate futures. Short version, risky behavior resulted in enhanced production of testosterone and cortisol, which in turn helped to "alter a trader's ability to make optimal decisions."

Or, as I more poetically concluded:

See how it all fits together?