American-born cleric with suspected ties to terrorism killed in airstrikes 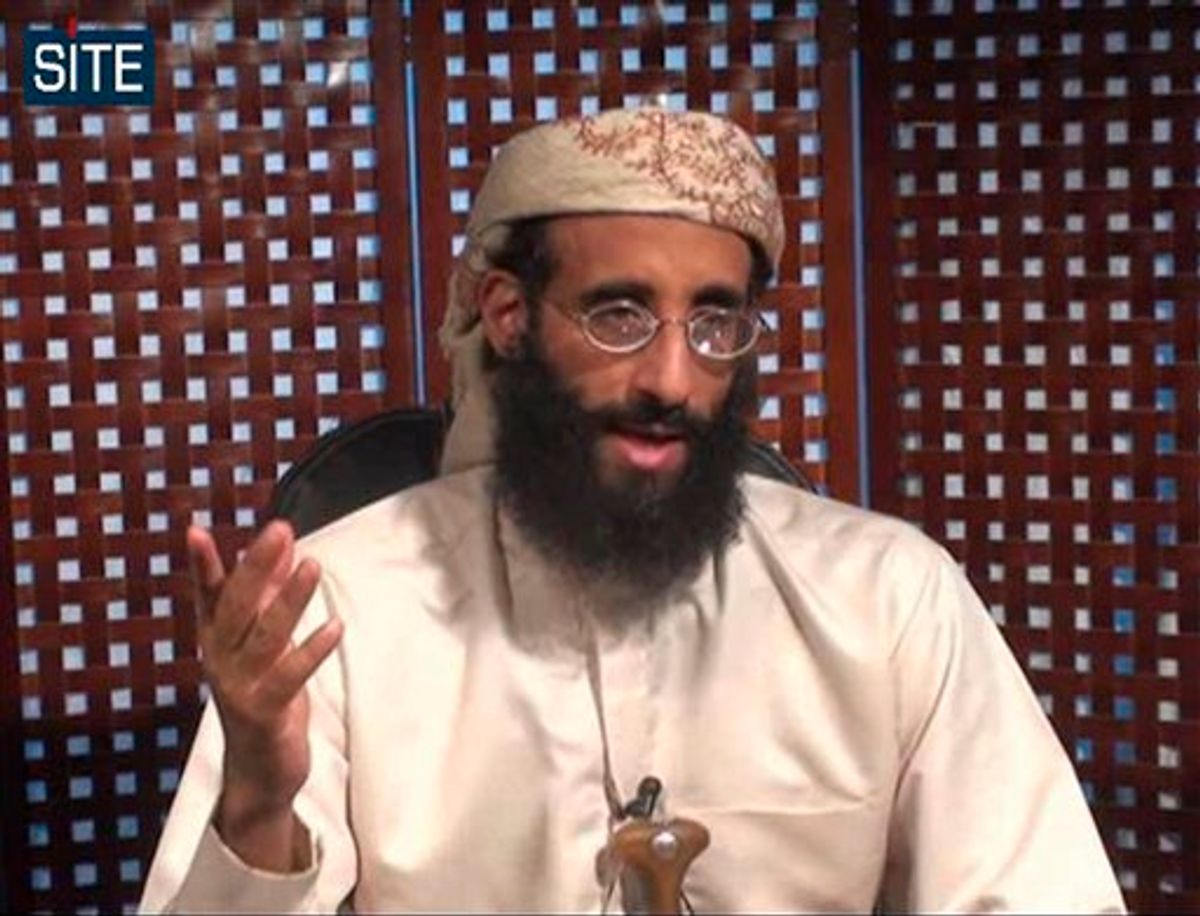 The same U.S. military unit that got Osama bin Laden used a drone and jet strike in Yemen on Friday to kill an American-born cleric suspected of inspiring or helping plan numerous attacks on the United States, including the Christmas 2009 attempt to blow up a jetliner, U.S. officials said.

Anwar al-Awlaki was killed in a strike on his convoy carried out by a joint operation of the CIA and the U.S. Joint Special Operations Command, according to counterterrorism officials, speaking on condition of anonymity to discuss intelligence. The CIA provided the intelligence and the military provided the firepower.

Al-Awlaki had been under observation for three weeks while they waited for the right opportunity to strike, one of the U.S. officials said.

The cleric known for fiery anti-American rhetoric spread on the Internet was suspected of inspiring the mass shooting at Fort Hood Army base in Texas in 2009 and of taking a more direct role in planning the attempted Christmas bombing of a Detroit-bound jetliner and other terror attempts against Americans.

He is the most prominent al-Qaida figure to be killed since bin Laden's death in May.

U.S. word of al-Awlaki's death came after the government of Yemen reported that he had been killed Friday about five miles from the town of Khashef, some 87 miles from the capital Sanaa.

Al-Awlaki's death is the latest in a run of high-profile kills for Washington under President Barack Obama. But the killing raises questions that the death of other al-Qaida leaders, including bin Laden, did not.

Al-Awlaki is a U.S. citizen, born in New Mexico to Yemeni parents, who had not been charged with any crime. Civil liberties groups have questioned the government's authority to kill an American without trial.

In New York, the Pakistani-American man who pleaded guilty to the May 2010 Times Square car bombing attempt said he was "inspired" by al-Awlaki after making contact over the Internet.

Al-Awlaki also is believed to have had a hand in mail bombs addressed to Chicago-area synagogues, packages intercepted in Dubai and Europe in October 2010.

Al-Awlaki's death "will especially impact the group's ability to recruit, inspire and raise funds as al-Awlaki's influence and ability to connect to a broad demographic of potential supporters was unprecedented," said terrorist analyst Ben Venzke of the private intelligence monitoring firm, the IntelCenter.

But Venzke said the terror group al-Qaida in the Arab Peninsula will remain the most dangerous regional arm "both in its region and for the direct threat it poses to the U.S. following three recent failed attacks," with its leader Nasir al-Wahayshi still at large.

Al-Awlaki wrote an article in the latest issue of the terror group's magazine justifying attacking civilians in the West. It's titled "Targeting the Populations of Countries that Are at War with the Muslims."

Al-Awlaki served as imam at the Dar al-Hijrah mosque in Falls Church, Va., a Washington suburb, for about a year in 2001.

The mosque's outreach director, Imam Johari Abdul-Malik, has said that mosque members never saw al-Awlaki espousing radical ideology while he was there and that he believes Awlaki's views changed after he left the U.S.