The freshman year I couldn't handle

I wanted to reinvent myself in college. I had no idea how miserable the changes would be 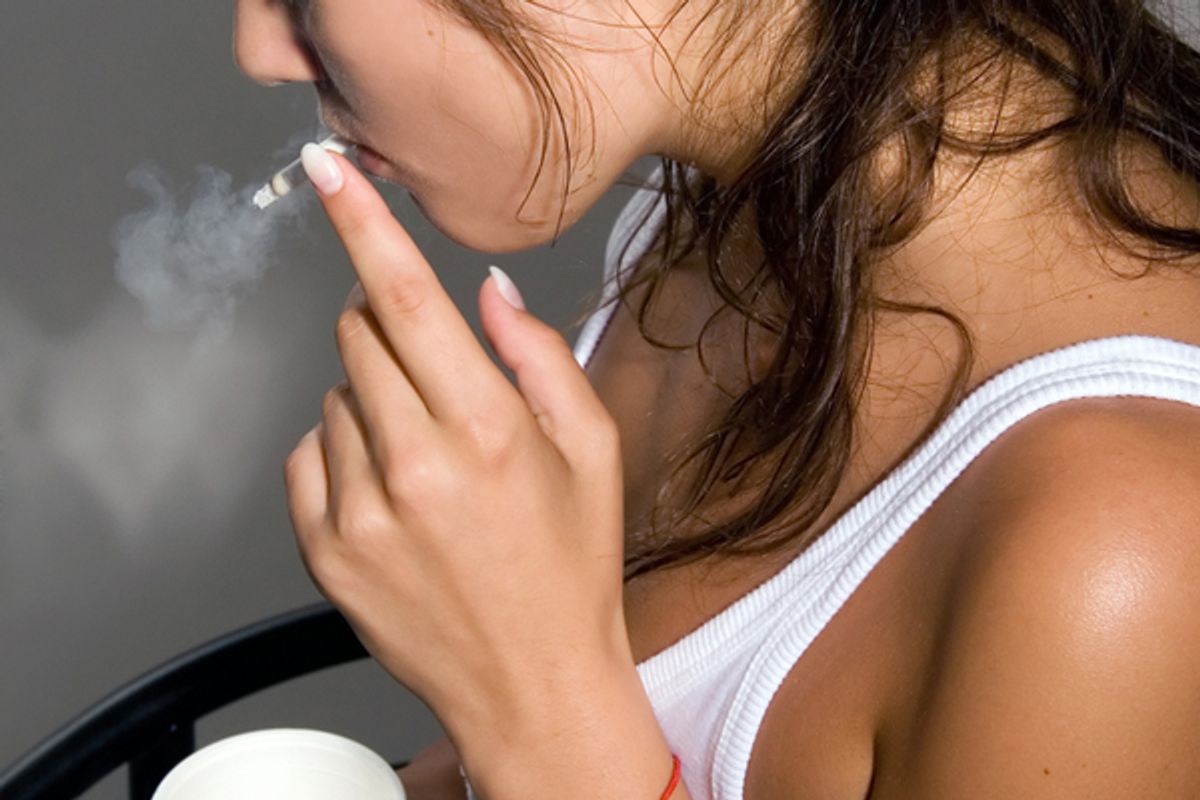 I was the shy girl in high school. The one who didn't smile or join the clubs. The one who didn't get chosen for sports teams but had everyone trying to copy off her tests. The one who was, on the inside, desperately lonely. I couldn't wait to get out of high school; I stayed in my room and studied so I could get good grades and go to college to start my "real life." When I went away, I thought I would finally be able to reinvent myself. Or perhaps invent myself for the first time.

When I arrived at the orientation for incoming freshmen, the huge auditorium was packed to capacity. Despite the lack of adequate air conditioning, the room buzzed with excitement. The crowd quieted as everyone noticed the lone bearded man in a stereotypical tan corduroy jacket standing at the podium, patiently waiting for their attention. This is it, I thought. This was the moment that would change my life.

I listened intently to the speaker's words. Although the speech was long and boring, I'll never forget one comment the man made: "Everyone look at the person seated next to you. One of you won't be here next year." Nervous laughter filled the room. I feigned confidence; I, for one, was here to stay.

College was even better than I'd dream; it was a radial change from high school where the student body was literally imprisoned in the building from 7:37 a.m. to 3:45 p.m. each day, unable to so much as use the restroom without asking permission. I was hundreds of miles away from my parents, and everyone who knew me in my old life. I had the freedom to set my own schedule; I could come and go to my various classes at will. Finally, I was being treated as an adult.

Campus life was exhilarating. I didn't keep to myself like I had in high school, but instead filled my schedule with exciting extracurriculars. I checked out political groups and observed protests against the Vietnam War. I stood in a crowded courtyard listening to guest speaker Renee Richards, the transgender ophthalmologist/tennis player. I began to emerge from my cocoon.

A cute pre-med student invited me to my first frat party. I'd never tasted beer before, and I didn't much like it. The other stuff, on the other hand, wasn't so bad. Drinking a mixture of Tang and grain alcohol, I grew relaxed and giggly. By the end of that first week I decided that my morning class, French 101, at 8 a.m. wasn't going to work out because I couldn't wake up before 11. I learned the art of dropping a class before it showed up on my transcript; I figured, who needs French? It would've been a waste of time, anyway.

My philosophy class, on the other hand, I enjoyed. (And not only because it was at 2 p.m.) I do have to admit that I liked the course because students were allowed to smoke in class. The desks had ashtrays! Back in those days, smoking was not only cool, your choice of cigarette showed just how cool you really were. During my first week of Philosophy 101, we studied Nietzsche and Sartre. In my second week I figured out that I'd get an "A" if I attended classes, or a "B" if I never showed up. I opted for plan "B."

I attended all my Psych 101 classes, though, until I wound up in the hospital. The health center couldn't figure out why my neck was so swollen. "Drink plenty of fluids and try to rest," the nurse advised. I stayed in bed and got my classmates to take notes for me while I guzzled chicken soup and downed ice cream. My throat began to hurt more than ever. When I got a piercing headache that felt like a knife stabbing through my ear, I rushed to the emergency room. "You have mono," the doctor informed me with a stern look on his face: "It's bad. Possible liver damage. We need to call your parents."

I was mortified; the first time I was on my own, and within a month I'd already screwed up. Not only had I dropped classes but I actually wound up in the E.R. My parents, unsurprisingly, were not too pleased with my hospital stay, or with the shaggy-haired boy in the fringed suede jacket who sat by my side, bringing me ice cream.

After a week in the hospital I tried going back to classes. But I was so tired from the mono, I could barely sit up, let alone trudge through the snow to get to the other side of campus. Once again, I found myself confined to my room. Studying from classmates' notes wasn't the same as attending lectures. I managed to pass my first semester, barely. I remained determined not to drop out; I would not be the one who didn't make it through the year.

And I tried. After returning from Christmas break, I adopted a new attitude and swore to myself that I'd be the best student on campus. No more late nights. No more partying on weekdays. No more of that nasty Tang and grain alcohol concoction that the kids drank in the dorm. I would study, sleep and go to classes. I stuck to that plan until I got the flu in the second week of the second semester. After struggling with mono the previous semester, another illness proved too much. Feeling like a failure, I dropped out.

Years later, after my second child enrolled in kindergarten, I knew the time was right. And I went back to college, determined, this time, to get my degree. Like a little grade school kid picking out her first notebook, I couldn't wait to get all my school supplies. The fresh, crisp textbooks would be mine. I could highlight them, write notes in the margins. This was my chance; my second chance. How often do we get that second chance? I seized the opportunity.

I don't remember what the lecture was about during my second orientation but I did know one thing for sure. Someone sitting next to me might not make it to graduation, but I would. I'm paying for this myself and I'm going to succeed, I thought. Four years later, with my children at my side, I posed proudly for those long-delayed graduation pictures.