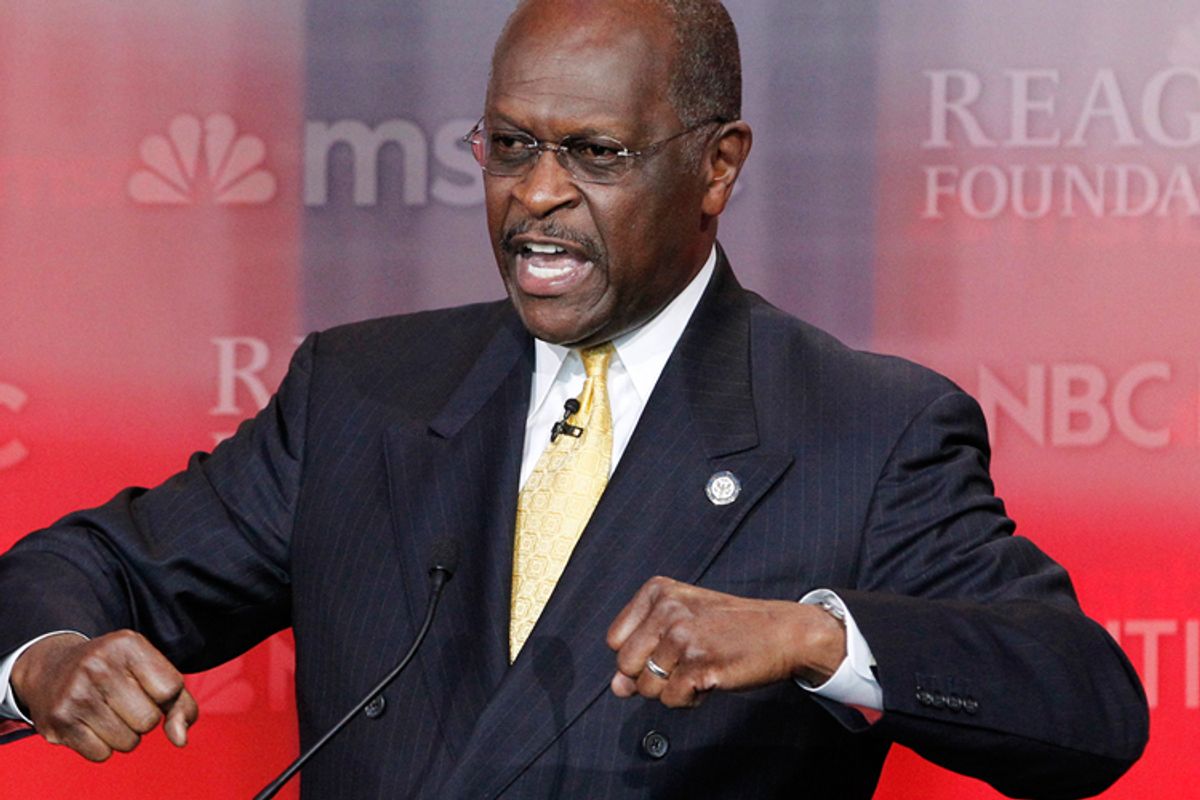 If the Perry campaign had to dream up a way to get conservative voters to rally around him once again, they probably couldn't have invented something better than "an accusation of racism leveled unfairly against him by the liberal media." And that, sort of, is what they got this weekend, when the Washington Post reported that Perry and his father leased a camp known as "Niggerhead," where for years they invited friends and supporters to join them for hunting trips, until someone had the sense to paint over the rock that announced the name of the site.

The story isn't actually that Rick Perry is a KKK-style racist. It's about how Rick Perry grew up in a very homogenous region in an era of white supremacy, and how that upbringing is reflected in the fact that he and his father regularly went hunting at a place named for that most powerful and despicable racial epithet, because to many people there was nothing offensive about it. And that name was eventually, literally whitewashed over (though some recall seeing it as recently as in the last 10 years, most agree that the rock was painted over decades ago). Ta-Nehisi Coates says the story says more about America than it does about Rick Perry.

But conservatives don't do "nuance" when it comes to the modern legacy of America's history of race hatred, so here's Erick Erickson attacking the Post for running the story in the first place. (The most head-scratching line: "Stephanie McCrummen, a Washington Post based reporter formerly stationed in Nairobi has a history of fanning racial flames out of context." What, exactly, does her being stationed in Nairobi have to do with anything, Erick?)

Before conservatives could close ranks, however, one of Perry's opponents jumped on the story. Herman Cain, the former pizza magnate who has promised his white, conservative audience that their support for him absolves them of the charge of racial resentment, may have made a terrible mistake on Sunday by "playing the race card" against a fellow conservative instead of against a white liberal.

On Fox on Sunday, Cain said, "for him to leave it there as long as he did, before I hear that they finally painted over it, is just plain insensitive to a lot of black people in this country."

Erickson called Cain's remarks "a slander Herman Cain is picking up and running with as a way to get into second place."

Unless Herman Cain reverses himself and absolves Perry of insensitivity, this could be the biggest misstep he's made in his quest for the Republican nomination. Daily Intel rounds up numerous conservatives on Twitter lambasting Cain for "smearing a good man." The Daily Caller calls Cain "at worst, highly irresponsible." The mostly subliterate RedState commenters have convinced themselves that Cain is the real racist for going after Perry.

Herman Cain is going to very quickly learn that the modern conservative movement only wants to hear good, happy stories about how they successfully eradicated all white racism many years ago.