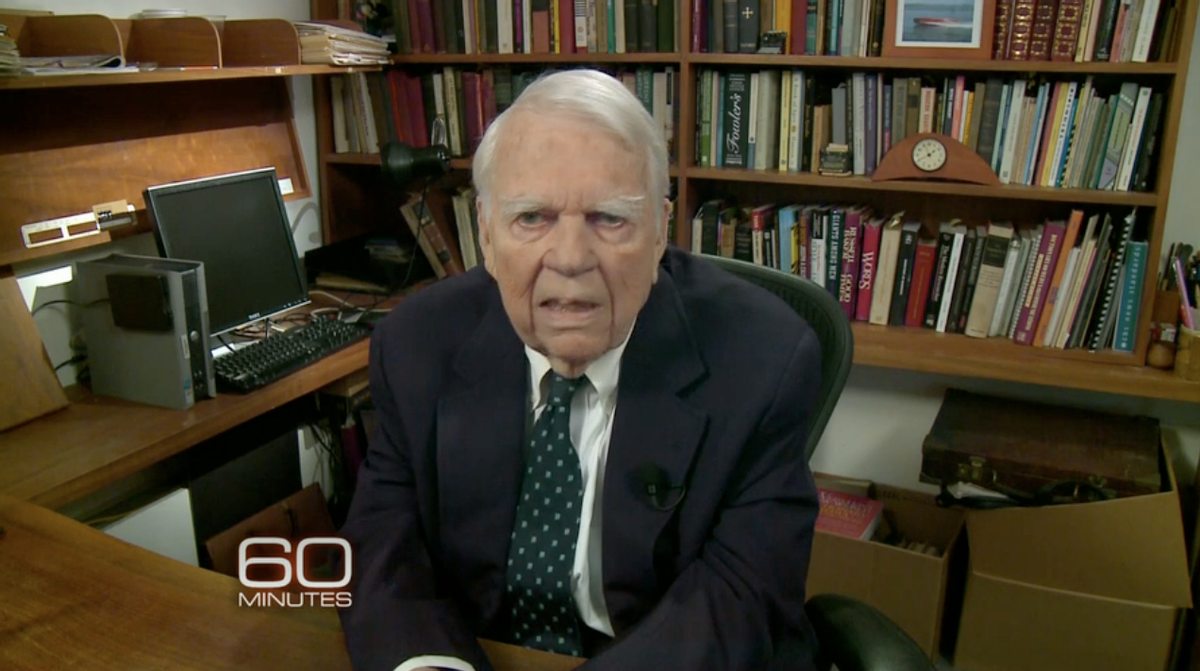 "A Few Minutes With Andy Rooney" debuted on "60 Minutes" in 1978, and in the 33 subsequent years, the segment's namesake gained a reputation for being television's most curmudgeonly broadcaster. But in his final scheduled on-air comment Sunday evening, Rooney betrayed the sentimentality of someone less surly than he's been reputed to be: "I've done a lot of complaining here, but of all the things I've complained about, I can't complain about my life. [...] All this time, I've been paid to say what's on my mind on television. You don't get any lucker than that."