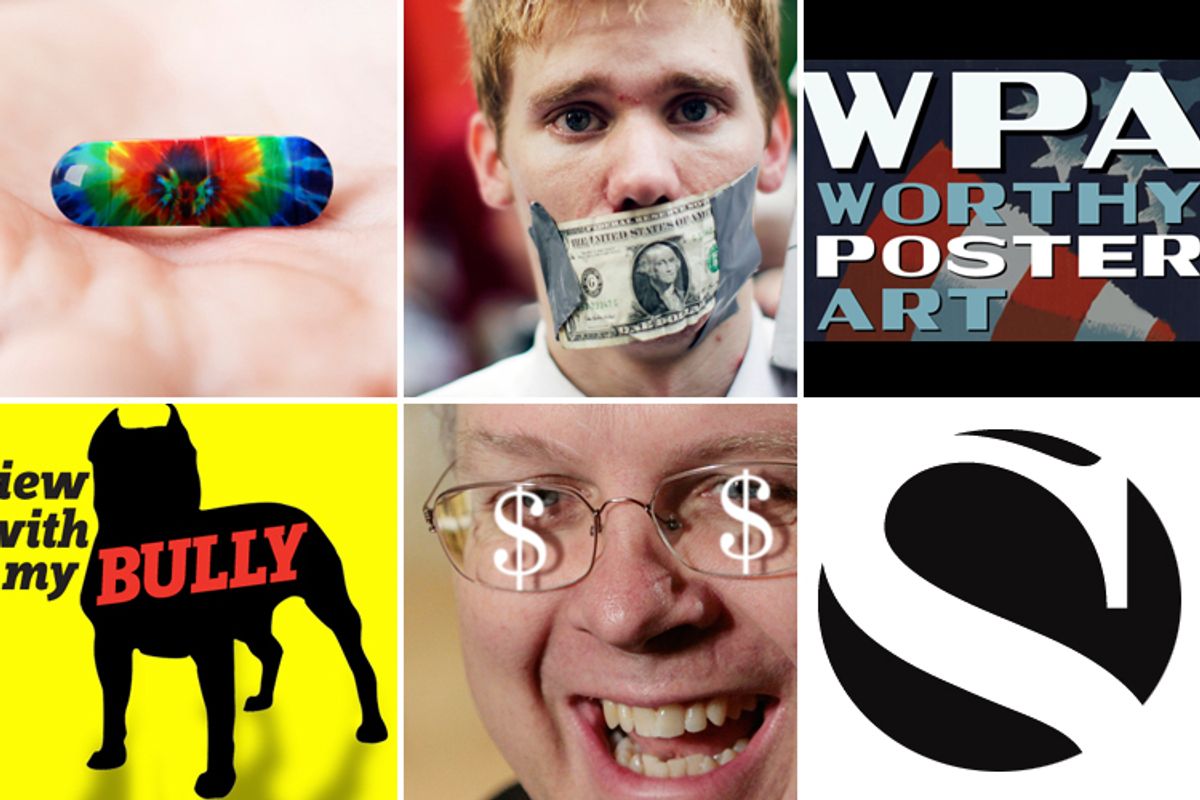 The Salon you're reading today is a bolder, faster machine. We've liberated 15 years of accumulated pixels from our earthbound servers and released them into the Web cloud. We're experiencing some expected technical hiccups along the way, but we're heading in an exciting direction

Salon doesn't just feel different. It is different. Along with this speedy new publishing platform, we're taking a bolder editorial direction. We're doing more of the deep, provocative reporting that you, our readers, have asked us for – the kind that is pursued less and less in the media. Salon is making a stronger commitment to do what we've always done best: speak the uncomfortable truths, and uncover the stories that those in power want to keep hidden.

Like a lot of our online peers, we've toyed with the shorter-faster-punchier approach in recent years, chronicling what mattered with a speed that matched readers' habits, cheerfully grazing on Twitter sprouts or Tumblr bonbons. We'll continue to be fast when it matters. But we know our readers want more than aggregated cheat sheets; they don't want to just seem smarter, they want to be smarter. So we're increasing our deep dives into the important and fascinating stories of our time, and offering more investigative reports that require time and care to develop. We're plunging into this deep and passionate journalism because we know that these critical times (captured well here by our returning founder David Talbot) demand it.

You've probably already been noticing this renewed emphasis. In the past week, we revealed a frightening new lapse in e-voting security; exposed the Rick Perry policies that are fanning the flames now consuming Texas; launched a series of vivid reports on the nation's massive underground economy; documented the big influencers in the 2012 campaign; explored the troubling demise of the creative class; looked into the quiet, fascinating return of psychedelic research; honestly considered the antagonism of atheists toward faith; and raised troubling questions about the lethal legacy of military hero and new CIA director David Petraeus.

Some of those were -- in Twitter parlance -- #longreads; the sort of pieces we’re not supposed to want to read online because of our diminished attention span and supreme impatience. But you did. All of those stories were bona fide hits with readers.

We've also unveiled several new features and series. With Opening Shot, Steve Kornacki has hung up his editing duties to give us a deeply informed morning briefing each day. With Am I Normal? Tracy Clark-Flory takes the love-and-sex advice column to a new level, offering meticulously researched responses to questions some people would be too embarrassed to ask their own doctors. With Interview With My Bully, we've continued our history of personal memoir series, but with a twist -- we're inviting Salon's audience to look up their bullies, record their showdowns with their former tormenters, and share them with the world at large.

And very soon, we’ll launch a new e-book division with Alex Pareene's brilliant satire, "A Tea People’s History." Watch for the excerpt on Salon -- and look for more e-books from Salon writers and other leading authors in the future.

Salon also has plans to become more richly visual -- with new comics, illustration and animation, as well as video projects. Salon is developing its own WPA program -- Worthy Poster Art -- inspired by the FDR-financed arts explosion during the Great Depression. Salon's WPA program will feature artwork by many of today's most brilliant artists. Their striking posters will be sold online to benefit arts programs all across the nation that – because of government budget cuts – need extra help. Make your own case for a local arts program endangered by budget cuts by emailing us here.

Here’s the rub: To keep bringing you this robust flow of new journalism and art, we need your support. Salon's community has always been the heart and soul of our enterprise. As the founder of Open Salon, our pioneering blog network, I've always felt a passionate commitment to our community, and I'm dedicated to making Salon readers part of our creative process. The strongest media enterprises are those powered by the users themselves. By joining Salon Core, our new paid community, you will not only keep Salon thriving and independent, you will become part of our process like never before. Salon Core members will participate in real-time discussions with our best thinkers – like Glenn Greenwald, Joan Walsh, Kornacki and more -- as well as engage in editorial brainstorming sessions and join us at Salon parties and events. I really hope you'll pull up a chair.

And even if you don't, you can still support Salon by continuing to read – and to tell us what you think.

Thanks for making Salon a daily destination. I know you'll keep finding more reasons to join us each day.