The HPV vaccine should not be controversial

The national debate is dominated by myths. The vaccine works -- and doctors need to encourage teens to get it 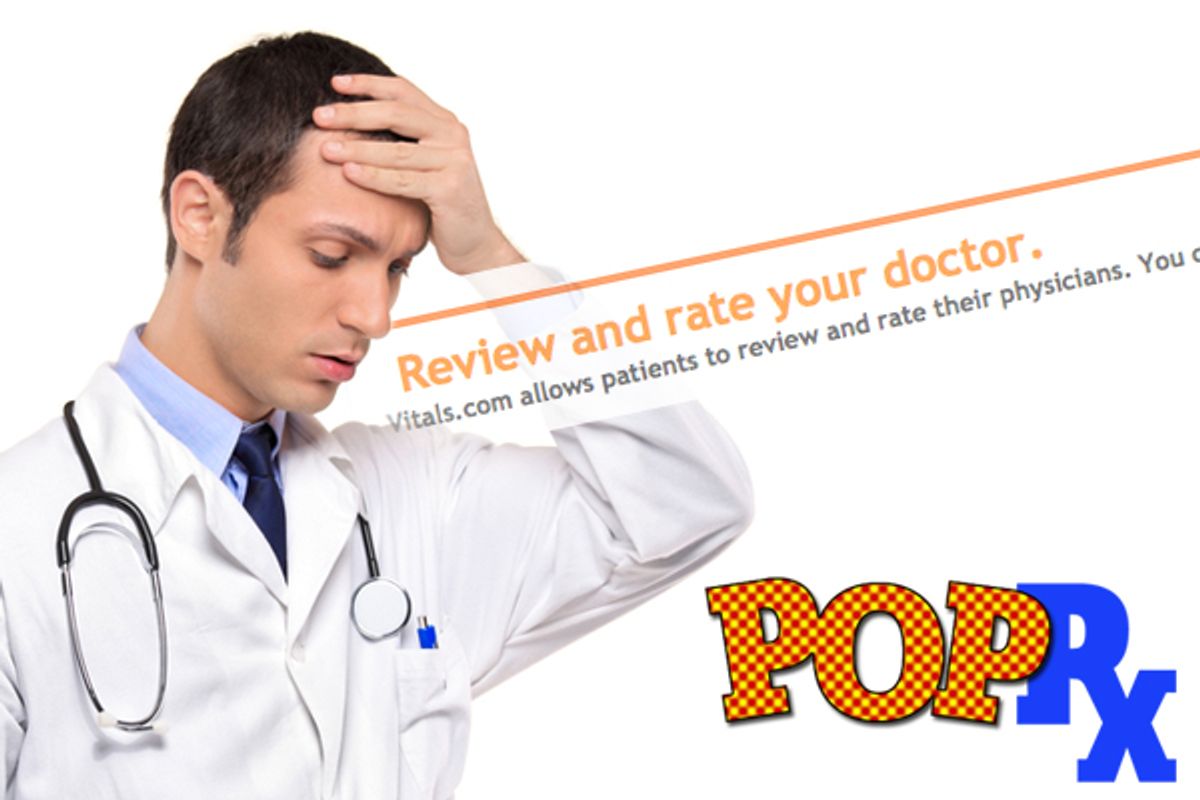 Here’s a hypothetical question: As your daughter’s doctor, what if I could prescribe a drug that could protect her from cancer? What if I told you that this drug has no known severe side effects, and that she can get it free of charge? The only thing that I would need from you is to show up in my office three times to give your child the entire course of this medicine.

If you believe me, I’m guessing that this is an offer you can’t refuse. On the other hand, we know U.S. Rep. Michele Bachmann’s answer to my question is "no." That’s because I really do have this drug. It’s called the HPV vaccine, which prevents cervical cancer. I administer it to teens (mostly girls, but increasingly boys) in my practice every day.

I won’t waste words refuting Bachmann’s ridiculous (and campaign-killing) claim that the HPV vaccine causes "mental retardation." But here are the facts: The American Cancer Society estimates that about 4,000 women die from cervical cancer in the United States each year. Approximately $4 billion is spent annually on these conditions. The HPV vaccine is virtually 100 percent effective in preventing infection by strains of the virus associated with 70 percent of cervical cancers. A second HPV vaccine is also highly effective, preventing more than 90 percent of infections. Researchers estimate that if widespread vaccination is achieved, cervical cancer could drop by as much as 77 percent. That’s as close to a cure for cancer as we’ve ever had.

Yet even before Bachmann's statements, the HPV vaccine has struggled to gain traction. A recent survey by the Centers for Disease Control showed that less than half of teen girls started the vaccine series, and less than one-third of those girls completed it. That leaves the promise of a cure for cervical cancer well out of reach. The question is why?

One myth to dispel right away is that parents believe the HPV vaccine will encourage sexual activity. Studies have never demonstrated this is a major factor that prevents vaccination. Parents do hesitate to give their teens the vaccine because they think it’s too new and needs more time in the marketplace (the vaccine was first licensed in 2006). Others worry their children are too young for this vaccine, though the vaccine is most effective before people become sexually active (on average, at age 15 in the U.S.). Education and time will help sort this misinformation out.

That out of the way, the common barriers -- and solutions -- to getting kids vaccinated are practical ones. First, the vaccine is primarily targeted toward teenagers. They’re healthy and busy -- and hard to get into the doctor's office. At best, we can get them in once a year for a checkup and immunize them there. But this vaccine is a three-dose series, and getting this group of kids -- who go between home, school, friends, extracurricular activities, etc. -- back isn’t so easy. Most teens also don’t feel physically vulnerable to illness, let alone a chronic or life-threatening disease. How do you motivate one to come in to stop a disease that might be three or four decades away?

If and when teens do come to the office, doctors present our own barriers to vaccination. First, we miss a lot of opportunities. While teens don’t usually develop devastating illnesses, they frequently come in with a cough, a sore throat or some other minor problem. If we’re not taking that opportunity to offer to vaccinate them, we’re missing the chance to save their lives. My practice uses something called the “Preventive Health Prompt,” which lists all vaccines a patient is due for. Our hope is that if the doctor doesn’t catch that the teen in front of him or her needs HPV, the parent or child will ask for it themselves, since we provide that list at every visit and online.

But there are also missed opportunities during routine visits. We know, for example, that it's a strong influence when a doctor urges a patient to get the vaccine. Yet this doesn’t seem to happen as often as it ought to: In one study, among girls and young women who had planned to get the vaccine, a third who didn’t said that the most common reason was that their doctor did not offer it to them. Similar findings show up in other research.

When we do offer the vaccine, how we frame it can backfire. In many cases. the discussion of preventive HPV vaccination focuses on sex. That can be unsettling for parents and time-consuming for doctors. If it doesn’t go right, the myths of a child’s being too young for the vaccine or that it’s a ticket to sexual activity can easily surface. Finally, the vaccine’s cost is a major barrier, though not to patients. Rather, it’s doctors who get burned. The HPV vaccine is the most expensive of all recommended children’s vaccines. It costs $360 to vaccinate one child ($120 per dose). By comparison, most other recommended vaccines cost less than $50. Doctors have to pay the upfront costs, hoping that insurers will reimburse them. In some cases, doctors have only received $2 above the cost of the vaccine. This, and the tepid demand for it, makes it bad business to stock up.

The good news is that most of these barriers have solutions. Simple, straightforward education is a sure bet. In one study, the intent to vaccinate rose from 49 percent to 70 percent after doctors gave families educational literature about the vaccine. Making sure doctors frame the discussion about the HPV vaccine in terms of cancer prevention --  instead of sexual activity -- has been shown to help improve uptake.

One way to get teens to come back for the full series is to reach them on their cellphones. In a recent study, researchers sent a group of patients text message reminders to come in for their HPV vaccine booster, and compared the results to a group that did not. The group that was texted was significantly more likely to return. Given that teens send an average of 3,000 text messages each month, the results are a good sign that this is one of the best channels to connect doctors and teen patients.

Then there are some more old-fashioned ways to get kids vaccinated. The first is to make them. In the U.K., rates of HPV vaccination hover around 80 percent. The reason for this staggering success is that the vaccine is mandated through a school-based program. School nurses get and administer the vaccine (if parents don't want their child to receive it, they must opt out).

Yet, as the Republican debate highlighted, political and legal mandates are very divisive. Instead, we can also rely on some good old-fashioned "mandate" from Mom. It turns out a mother-daughter discussion can increase the rate of vaccination, even if the daughter is over 18 and no longer requires parental consent to get vaccinated. So moms, please help your kids to grow up cancer-free.

(Note: Dr. Parikh has no relationship, financial or otherwise, with the manufacturers of the HPV vaccine.)