The little recession that shouldn't

Car sales surged in September and construction spending rose, but Washington is still steering for disaster 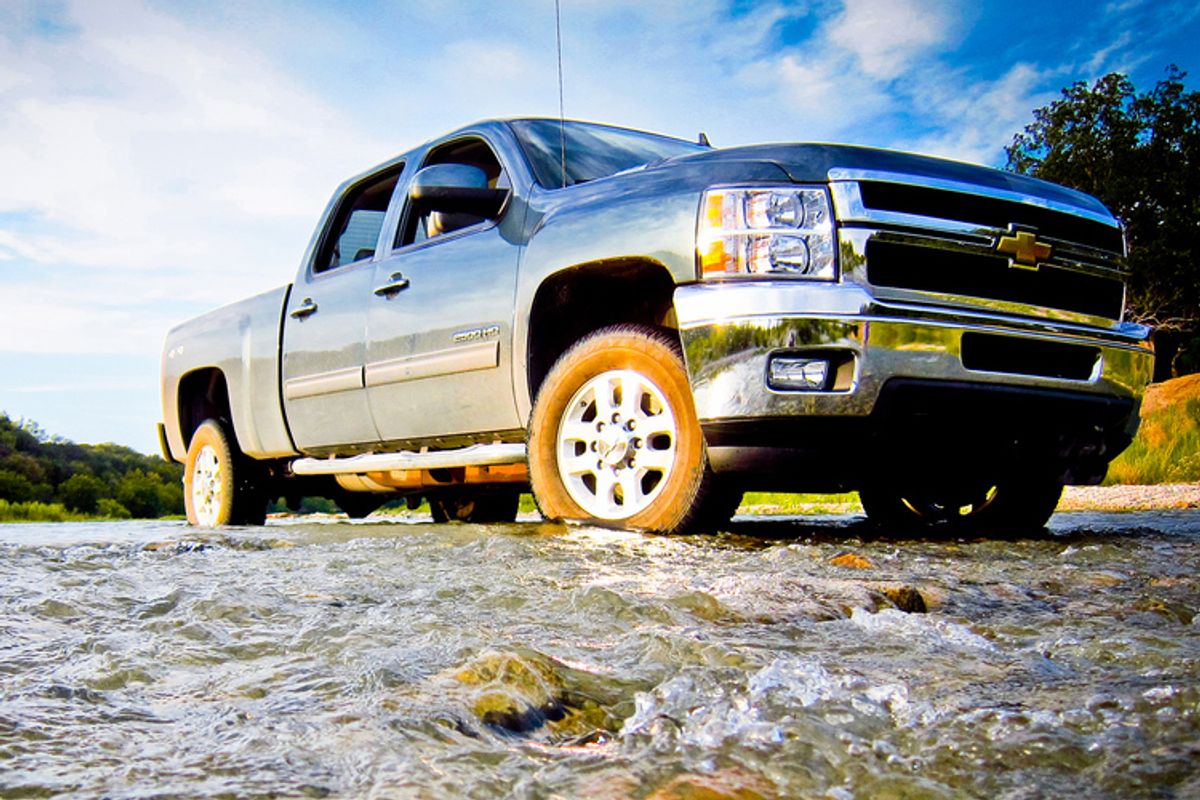 After the great summer of economic gloom it's a little bit surprising that Americans are buying cars again. But that's exactly what they are doing, according to Monday's release of auto-purchasing data from the Big Three. Compared to a year ago, General Motors' U.S. sales increased 19.6 percent, Chrysler rose 27 percent and Ford 9 percent.

And not just any cars either. Big steel is back in fashion. Sales of GM's Chevy Silverado pickup truck jumped 35 percent.

The auto industry's showing was its best since April -- before Japan's earthquake/tsunami catastrophe sent shock waves through the global auto manufacturing supply chain. That's a point worth paying special attention to. Throughout the first half of 2011, Federal Reserve Chairman Ben Bernanke insisted that signs of slowing growth in the economy were due to "temporary" factors like the Japan quake, and growth would accelerate in the second half of the year.

He might have been right. An uptick in construction spending encouraged the private economic forecaster Macroeconomics Adviser to raise its estimate of third quarter GDP growth for the second time in a week -- to 2.5 percent, which is a heck of a lot better than the .4 percent growth registered in the first quarter of this year.

But don't tell that to the stock market, which is continuing to freak out at Europe's clear austerity-driven path to continent-wide recession. Meanwhile, in the United States, as the Economist's Greg Ip reminds us, our leaders are doing everything they can to squash the nascent signs of a rebound.

In America, the biggest policy-related threat is the fiscal tightening that will happen automatically in the next four months as prior stimulus expires and legislated cuts to discretionary spending bite. Barack Obama has proposed $447 billion in new or renewed stimulus to neutralize that threat, but it requires an ambitious deal in Congress' super committee, and odds of such a deal by its November 23rd deadline are shrinking. Democrats are reportedly trying to get it to consider tax hikes immediately, and Republicans are apparently saying that puts a big deficit reduction deal out of reach.

A global economy with decent cyclical fuel and no obvious imbalances is being betrayed by politics. Policy has pushed us over the brink in the past when it was for our own good (i.e., inflation was threatening). If it happens now, it will be the first recorded instance of it happening by obduracy instead of by choice.