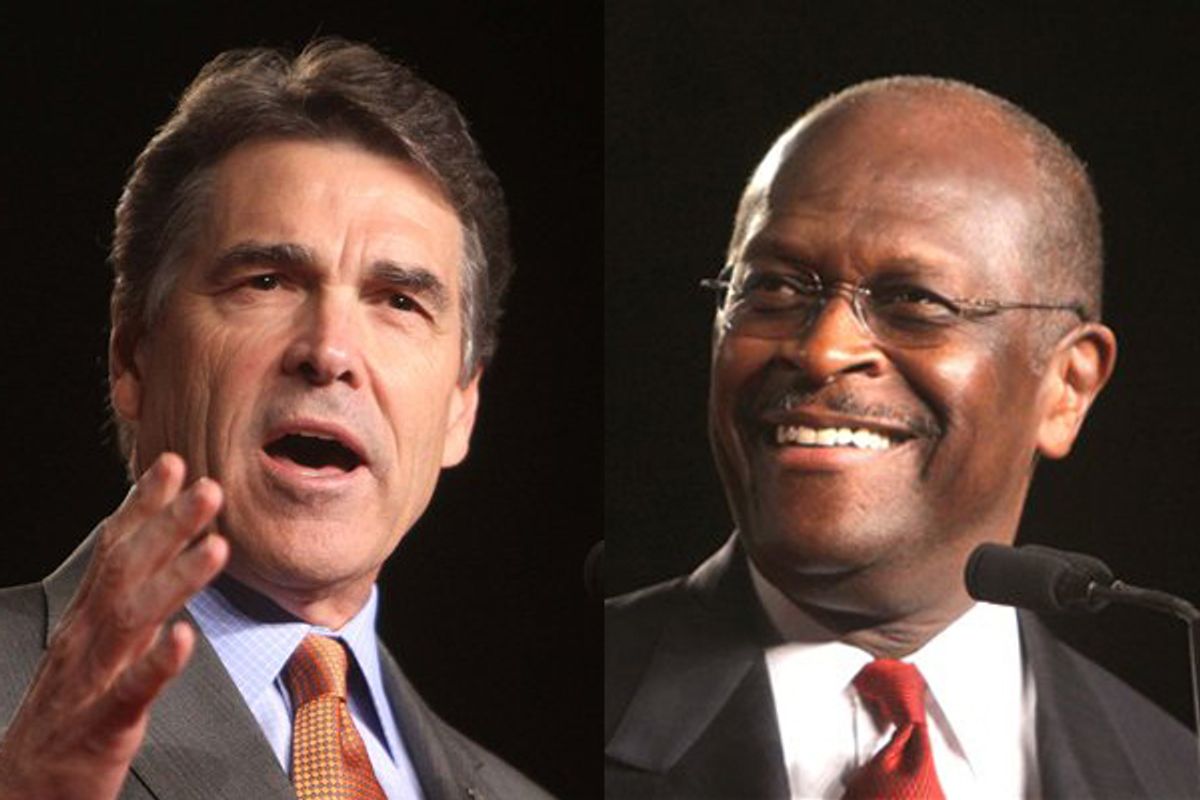 Having come under quite a bit of fire from fellow Republicans for claiming that leasing a hunting camp known as "Niggerhead" is "insensitive," Herman Cain has backtracked more or less completely, denying that he ever (shudder) "played the race card."

"I really don't care about that word. They painted over it. End of story."

Cain knows full well that accusing a fellow Republican of "insensitivity" will inflame a conservative base convinced that it is constantly, unfairly accused of harboring racial animosity against black people, Hispanic people, Arab people, and most other groups of non-white people. And that conservative base has, thus far, been surprisingly supportive of Mr. Cain. (Surprisingly not because he's black, but because the guy supported TARP.)

So if Cain actually wants the presidential nomination, or a VP nod, or even just a Fox talk show, he has to let everyone know that it's no big deal, and he doesn't care that much, about some silly rock with a horrible racial epithet painted on it. (The real racists, Cain will soon remind us, are the liberals, and Barack Obama, who is racist against both white and black people.)

Shockingly, Cain is actually tied with Rick Perry in a national Washington Post/ABC poll. Both of them are at 16 percent, with Mitt Romney still leading at 25 percent. ("Black walnut isn't a flavor of the week," Cain said today, because he is sort of weird.)

The anti-Romney base conservative voters fell out of love with Michele Bachmann once Perry entered the race. But Perry has been a sleepy debater and there are rumors that he doesn't want to deport immigrant schoolchildren en masse, forcing these voters to search for the next available "true conservative" candidate who isn't Ron Paul. How solid is Cain't support? Not very, I think, making his careful withdrawal of the "race card" even more important. He doesn't want these guys settling for Perry.

Despite the fact that he frequently says very weird things ("black walnut") and has a long history of being breathtakingly bigoted against Muslims, Cain is sort of vaguely acceptable to the money class that has veto power over the GOP nomination, as he is a former CEO and member of the board of the Federal Reserve Bank of Kansas City. But can he actually win a primary? Isn't he too silly?