Inside the branding process 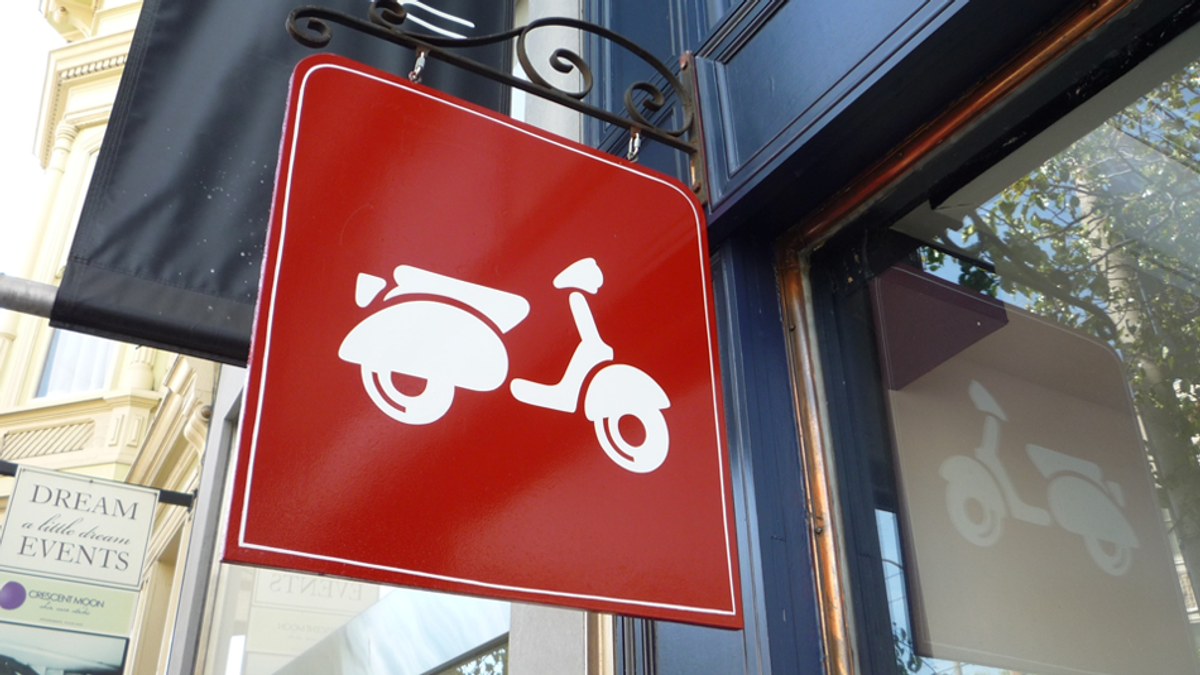 Design enthusiasts from around the world gathered in San Francisco on Sept. 16 for the 2nd annual Brand New Conference – the logo and identity event hatched from Bryony Gomez-Palacio’s and Armin Vit’s wildly popular Brand New blog. Eager to peek into the brand-making process by industry trailblazers and pocket juicy creative nuggets, the well-turned-out set received an ear- and eye-ful of inspiration from: Vince Frost of Frost Design; Christopher Simmons of MINE™, Paddy Harrington of Bruce Mau, Marina Willer of Wolff Olins, Jonathan Notaro of Brand New School, Claudia Boggio and Alfredo Burga of Infinito, Ben Barry and Everett Katigbak of Facebook, and Matteo Bologna of Mucca Design.

With decades of blood, sweat and branding under their collective creative belts, I was most curious to tap these creative pros on what (if anything) they learned and took away from the event. From insights to highlights, here’s the lowdown on the one-day-only powwow (plus some rockin’ bits of branding wisdom to weave into your own work).

For designer and speaker Paddy Harrington, Armin Vit’s opening design-year-in-review was most memorable. In the same refreshingly honest wit as his blog, the design writer rehashed (for better or worse) a slew of noteworthy identity reveals including Time Warner, the Big Ten, CNN, Comedy Central, Starbucks, JC Penny, and PetCo. "I loved how Armin covered well-known and possibly lesser-known identities. I also loved that he included the My Little Pony redesign,” shares Harrington.

From the Sydney Opera House logo to branding for the Australian-based conductor Ollivier-Philippe Cuneo, first speaker Vince Frost presented an overview of his brilliantly simple and clever design solutions. As a longtime fan, Alfredo Burga particularly latched onto Frost’s idea of heavily involving the client in the design process rather than having a do-not-enter creative zone (as some larger firms might). The clients’ continued input then becomes a key source in uncovering the final solution. Adds Matteo Bologna, "I really connected with what Frost said about zeroing in on the simplest idea and sticking with it.”

Speaker Christopher Simmons, on the other hand, took a decidedly different presentation approach: He walked the design crowd through one focused project -- the branding of SF’s Bun Mee eatery (above). From initial client inquiry to proposal and hands-on research (eating lots of Vietnamese sandwiches!), to design and delivery, Simmons openly shared his small firm’s behind-the-scenes techniques. "I liked the way Christopher Simmons convinced his client to work with him. It was very passionate and decided. I think I am going to implement passionate proposals!” Claudia Boggio enthusiastically shared.

Marina Willer’s "mind map” creative process was a favorite of many of the designer/speakers. From chaos to order, she visually illustrated how our influences, ideas, experiences and memories come together and lead to inspiration, relevant concepts and (hopefully) strategy. Plus, her eye-popping and colorful work for Tate Modern at Wolff Olins London was pretty awesome.

Paddy Harrington from Bruce Mau’s Toronto design studio emphasized branding as a storytelling process (above). Adds Burga, "His opening quote, ‘Branding is for cows, stories are for people’, best summarized what the whole conference was about - that what we do is so much more than logos, colors and applications.” As for Christopher Simmons, Harrington’s analytical lens into branding was one of his personal event highlights, "... taking attendees through the history of 'branding' and extrapolating some of the future perils that may come from the path we're on.”

While Jonathan Notaro’s wow-worthy animations and unique approach to running his studio like a design school were noteworthy (think: super-long crit sessions chock-full of analysis), Facebook’s Ben Barry and Everett Katigbak surprised the crowd with the company’s decidedly un-corporate culture and inspirational designs. As one of the world’s largest brands, Facebook's unofficial motto "Move Fast and Break Things” summed up their risk-taking design philosophy. Adds Willer, "It was great to get an insider’s view of the culture. They also showed some beautiful films to help shift perception of Facebook, from just fun - to meaningful and useful.”

Heavily influenced by their native origins, Claudia Boggio’s and Alfredo Burga’s drool-worthy branding and environmental graphics at Infinito made you want to hop a plane ASAP and head to Lima, Peru, for a zap of inspiration. Paddy Harrington’s takeaway, "There's a lot to draw on from where you come from and if you know how to get inspired by it – it can lead to beautiful things. Infinito's work is a clear example of that.”

Closing the show with a bang, Matteo Bologna of Mucca Design talked typography and won over the crowd with his awesome facial hair, amazing work, poignant one-liners, designy jokes and delicious sense of humor, "Q: what's the deal with your mustache?" Bologna: "I like surrealism." Adds Willer, "It was a real pleasure to meet Matteo Bologna - you could easily mistake him for a lunatic if the work wasn't so amazing and considered. And his thinking on how typefaces speak even when they're not saying anything is so relevant to the making of a brand’s voice.”

And what was the designer-cum-comedian’s biggest lesson of the day? "I realized that all the other speakers whom I've always admired, and often idolized, have taken the same shit that I do. That helps me sleep at night,” jokingly says Bologna.

To snag a firsthand glimpse of the Brand New Conference, the speaker videos are now available for download.