Who would have guessed that Obama's clearest legacy would be the ability to "rain targeted death from the sky"? 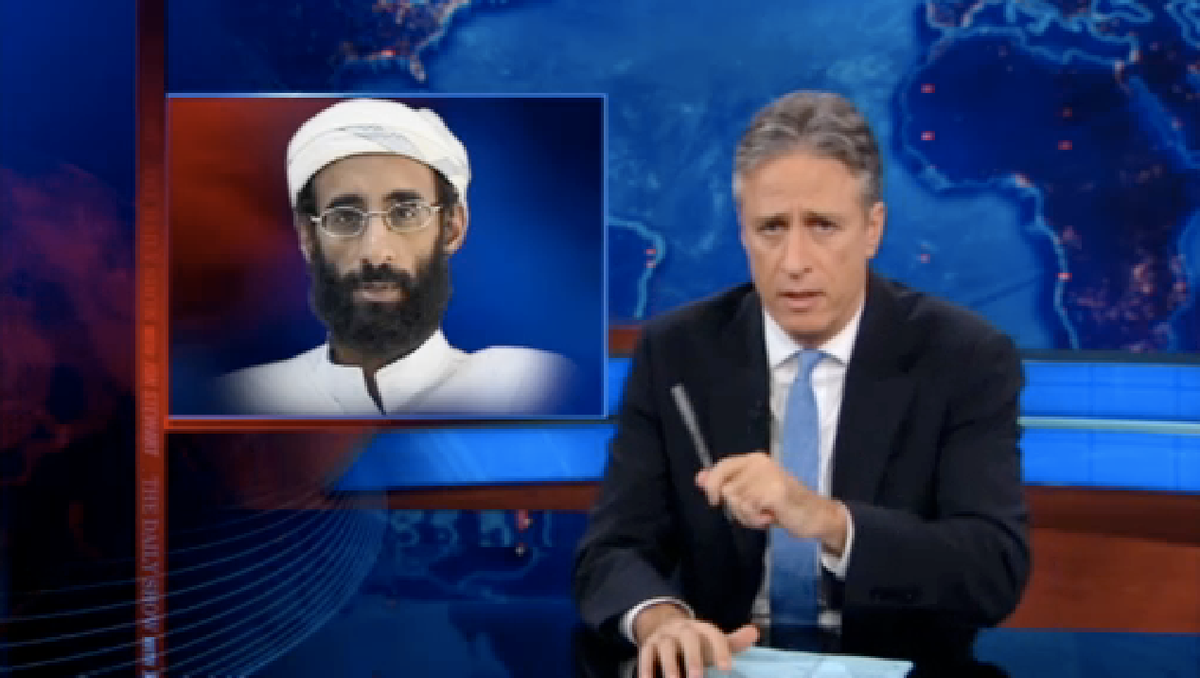 For many Americans, the assassination of Anwar al-Awlaki last week represents one the few unambiguous successes of the Obama agenda over the past three years. On "The Daily Show" last night, Jon Stewart reflected on that (perhaps dubious) distinction:

If you told me at the beginning of the Obama presidency that his clearest legacy would involve not closing Gitmo or green jobs or manufacturing jobs -- or any kind of jobs, really -- but would in fact be his ability to rain targeted death from the sky ... I mean, are we even allowed to do that?