When Republicans warm to outspending Obama 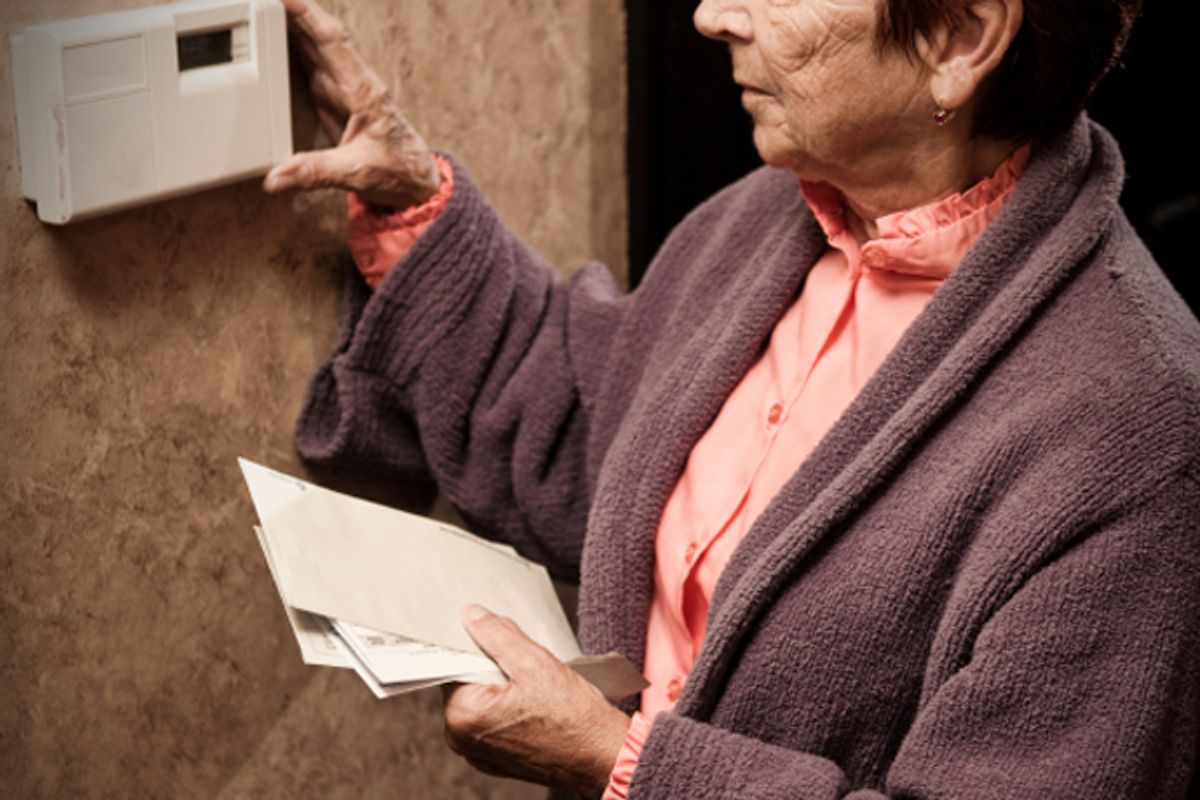 TRAVERSE CITY, Mich. -- As winter approaches in this prosperous-looking northern Michigan city, it is clear the safety net has ripped. Thousands of households can't afford to heat their homes and aid agencies predict many people will be forced to choose between eating and staying warm.  Yet there are signs Republicans in Washington may be listening.

First, the bad news. The Obama administration, under pressure from Republicans to cut spending, has proposed a 50 percent cut to the main federal program that helps people keep their heat on. The latest White House budget, issued in February, proposed slashing funding for the Low Income Home Energy Assistance Program, known as LIHEAP, from $5.1 billion to $2.57 billion, a move that would bring the program's funding back to its 2008 level.

The program got a big budget increase under the president's stimulus program, which Obama now says needs to be scaled back.

"We doubled the home heating assistance program when I first came into office in part because there was a huge energy spike," Obama said at a press conference announcing the cuts last  February. "Energy prices have now gone down but the cost of the program has stayed the same. So what we've said is let's go back to a more sustainable level."

In Traverse City and the surrounding county, which is home to about 14,000 people, Obama's proposal would cut emergency heating assistance -- given to 3,633 households last year -- almost in half.

The fighting over the LIHEAP budget in Washington has forced Michigan officials to lower the cap for emergency assistance, according to Whitney Skearns, customer assistance coordinator for Consumers Energy and co-chair of the Coalition to Keep Michigan Warm. Until Oct. 1,  a family could get up to $800 to turn back on the utilities, Skearns said. Now the maximum is $450.

At the same time, the need for energy assistance is growing, despite the fact that Traverse City has flourished in the last decade. Unlike much of the state, northwestern Michigan has gained population with the arrival of retirees and people escaping Flint and Detroit. Filmmaker Michael Moore has rehabbed the city's State Theater and launched a film festival that sold 128,000 tickets this summer. Downtown, once home to Woolworth's and Big Boy, is now lined with stores that sell designer vinegars, equestrian garb and gelato.

Nonetheless, the Great Recession is felt almost everywhere around here.

"The middle class is struggling to even stay afloat but yet there is a very affluent upper class here and I know -- and God knows -- there is a lot of people who have barely enough to survive," said Richard Tomey, street outreach worker for Goodwill Industries, which runs the town's homeless shelter.

The Father Fred Foundation, a Christian charity in Traverse City, reports a 41 percent increase in visits since last year from people needing help keeping their utilities on.

Nothing can replace LIHEAP, says Martie Manty, the foundation's executive director. "Leaning on the nonprofit sector is not very realistic because the nonprofits are dependent on the community and the community of donors is stretched," she said in an interview.

In a state where 36 percent of kids have no working parent, the prospect of such a cut is so disturbing that even conservative Republican Gov. Rick Snyder has called on Congress to maintain funding for LIHEAP.

"Otherwise Michigan would have to drastically reduce either the number of recipients or the level of assistance ... which would be incredibly challenging as Michigan works to turn around its beat-up economy," Sara Wurfel, a spokeswoman for Snyder, told Salon.

And that's the good news, if there is any. Obama's budget cuts to the LIHEAP program are so severe that even conservative Republicans oppose them.

One woman, whom I will call "Nan," said she had received about $800 from LIHEAP to fill the heating oil tank at her home. (Nan asked that her real name not be used because she lives in a small town.)

"It was so cold that frost was on the inside of the windows and I couldn't turn the heat on because [the tank] was empty," Nan said. She spent three weeks last November and December in a frigid house with her husband, four children between 8 and 19, and her daughter's fiance.

The correlation between utility shutoffs and child health has been documented by Children's Health Watch, a network of pediatricians and public health researchers that collects data on young children from emergency rooms.

"Every single one of us got strep throat and we all got the flu," said Nan's son, whom I will call "Zach." "Everybody got sick then. We'd go from being really cold and putting a lot of stuff on and you'd get too hot and you'd take it off cause you'd be all sweaty and then you'd get cold. You get sick. It's not fun.

"If they want more people on the street, more people getting sick and little kids probably dying in their cribs, then go ahead and do that stupid fucking cut," he said, referring to Obama's budget proposal.

"Pay my rent or eat or fix my truck?"

At a mobile home park on the south side of town, Marc Ryan, a disabled tie-dye-wearing former construction worker, says LIHEAP wasn't enough. The program, he said, "probably gave me a thousand bucks worth of propane. If it wasn't for getting help with the heat and electric I couldn't hardly have afforded to live here."

Now he can't. Ryan was packing his belongings because he has been evicted for not paying his rent. Despite the heating help, worsening diabetes left Ryan with extra expenses and he fell behind on his bills.

"It always comes down to choices," he said. "Do I use my money to pay my rent or eat or fix my truck?"

Ryan now needs a walker to get around. Today, on his 61st birthday, he's moving into a pop-up trailer in a friend's backyard and plans to use an extension cord to connect to power his tiny new home. He is 86th in line for a spot in the city's subsidized housing for seniors and seems confident that with help from friends, he'll get through the winter without LIHEAP.

"I'm a survivor," he said. "But look at what the government has done to the middle class."

Another woman, "Pam," who asked that her name not be published, said she lives in her car during the warmer months so she can afford to have a place to live in the winter. It's an unpleasant arrangement that means she has to leave her two teenage children with their father.

"It's hard to say, 'Can you take the kids because I can't keep the utilities on,'" she said, "but I'm lucky that I have a baby daddy who will take the kids. Other women have to go into a shelter or give their kids up to the state."

Back in Washington, lawmakers in both parties are resisting Obama's proposed $2.6 billion budget for the program. On Sept. 20 the Democratic-controlled Senate Appropriations subcommittee recommended $3.6 billion for the program. Last week, the Republican-controlled House subcommittee approved $3.4 billion for LIHEAP, almost 40 percent more than the president proposed.

So the politics of the stimulus have come full circle. Obama is rolling back the LIHEAP component of his much-criticized spending program, while House Republicans, who did so much of the criticizing, want to spend more than he does. Its an inexpensive way to make the president look bad -or perhaps make themselves look less bad.

The results of Washington's decision will be felt here soon. As freezing night temperatures put a blush on the maple trees, Traverse City's six month-long winter is about to begin. With annual snowfall averaging about 80 inches, it will be interesting to see whom people in Traverse City blame when their heat gets cut off and Washington says "We can't help like last year."