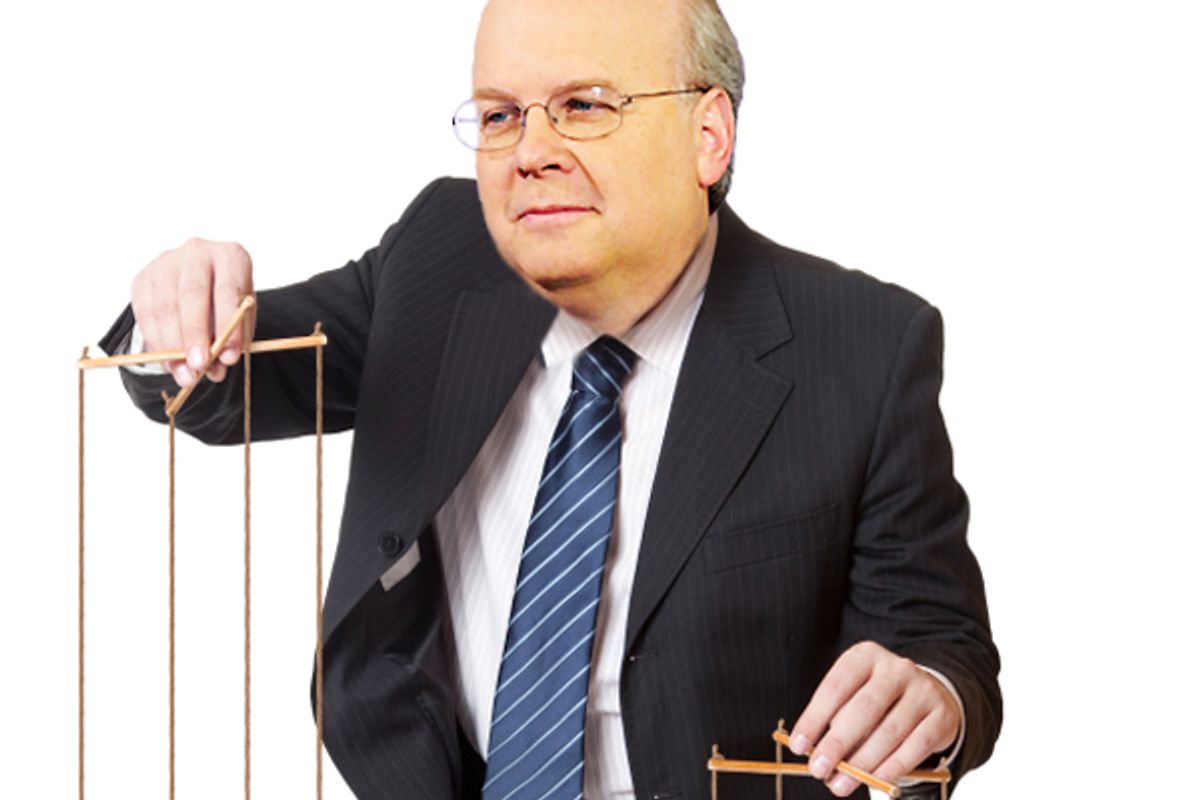 From the publisher who hates dealing with flaky authors to the football coach who dreams of his brilliant plays being run without unreliable players, high-powered professionals everywhere wish they could stop the fallible human element from interfering with their genius. Karl Rove, campaign strategist extraordinaire, is no different. How much easier it is to manage a campaign without a stupid candidate ruining everything by having an long-buried arrest record or saying something obscene into an open microphone! Thanks to Citizens United, Rove's dream has come true: The candidate-less presidential campaign has begun.

Rove has no great love for Rick Perry or Mitt Romney, but his raison d'etre is getting Republicans elected and viciously smearing Democrats, so he's charging ahead without waiting for the party to settle on one of those jokers. American Crossroads, Rove's shadow-RNC is launching ad campaigns targeted at President Obama's campaign stops, accusing him of wanting to raise everyone's taxes. ("The message is somewhat misleading," ABC News says, but because "Karl Rove lies" is a "dog bites man" story, they don't devote much ink to it.)

American Crossroads has "a fundraising goal of $240 million for the election season," according to Politico, and anyone who doesn't care for the management of the RNC or who doesn't want a donation to a candidate publicly disclosed can chip in without fear of exposure.

American Crossroads will, of course, also be spending tremendous sums of money on Congressional elections. Democrats will struggle to keep up, especially with a demoralized liberal base and all of American big business basically united against them.

Anonymously funded outside groups will dominate the campaign no matter which guy the GOP primary voters land on. To them, it doesn't matter which guy gets the nod -- the Republican party will take care of its donors, as it always does.