WorldNetDaily has a long relationship with the surprise presidential contender 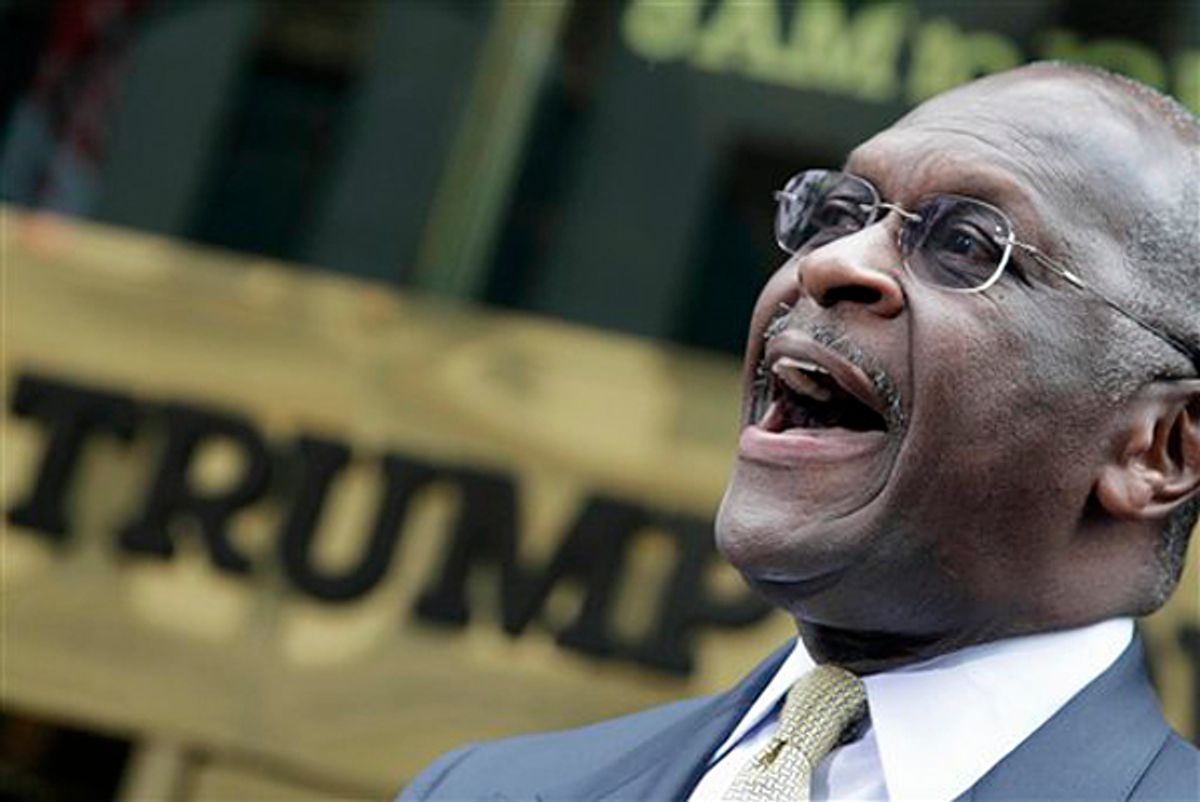 Apparently for two years now Herman Cain's been writing an opinion column that is published at hilarious birther conspiracy website WorldNetDaily, and no one noticed this, except for Yahoo's Chris Moody.

But WorldNetDaily considers Cain one of is own. Cain seems to write the columns himself (or at least he did initially, before his campaign took off), unless his ghost is particularly fond of exclamation points. None of them involve birtherism, which for years now has been WND's sole driving concern. (Cain did flirt with bitherism earlier this year, thanks mostly to Donald Trump, but he now believes the president is an American.)

Farah, a friend of Cain's for several years, told The Ticket that he has been surprised by Cain's rise over the past few months. While Farah would not make an official endorsement, he said Cain is his "favorite" candidate.

Good work, Herman: You've got Farah's support! That should be more than enough to overcome the fact that Cain is basically taking the month of October off from campaigning in order to sell his book, because this entire "presidential run" was basically done to create a little buzz around a burgeoning conservative media personality, and the fact that he's now tied for second in the polls is due to the hilarious collapse of various other more "serious" campaigns.