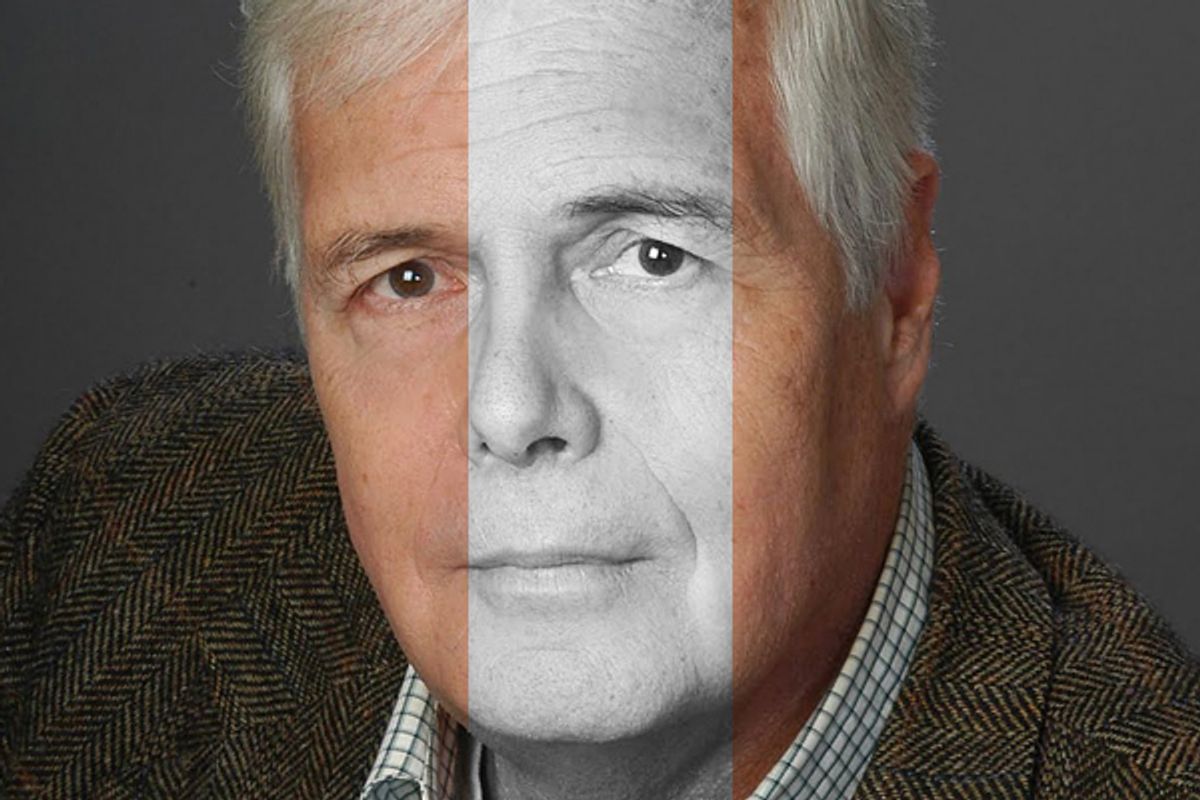 As an honors graduate of the prestigious Gov. Chris Christie School of Charm at Rutgers University, I’ve got a thick hide. Also a satirical bent. Both prove useful in my line of work. Nothing makes me happier than reading angry letters and online fulminations calling me bad names for lack of a coherent argument. Hey, knock yourselves out. Insensitive? It’s my middle name.

Occasionally, my instinct for comic exaggeration leads me astray. That happened when I recently lampooned a column by Melissa Harris-Perry charging President Obama’s liberal critics with covert racism.

The KKK line was definitely over the top, a violation of the “Hitler Rule,” which holds that the first person to call somebody a Nazi loses by default. My goal was to make people think, not emit steam from their ears.

What I should have written is that reducing President Obama to a racial symbol is both politically self-defeating and “resembles a photo negative of white racist thought.”

Turning everything into an issue of ethnic identity contributes nothing but bad feeling: All heat, no light. It’s a gift to right-wing hysterics portraying Obama as a Muslim extremist, a Socialist one-worlder, etc. It also appears to be Professor Harris-Perry’s stock in trade, about which more later. Maybe academia isn’t the only place in American life where it’s possible to call people bigots and expect them to prove their innocence. But it’s definitely one of a very few.

Me, I don’t play that. Never have, ain’t gonna start. Salon gave space to Elon White, who defended his friend by designating me a racist “motha ...” Well, newspapers won’t print the word, which has 12 letters and refers to Oedipus’ sin. Sorry,  but that violates the Hitler Rule too.

No, I shouldn’t have compared Harris-Perry to Michele Bachmann, a known politician. Ann Coulter would have been more apposite, but I find her singularly unappealing. And don’t tell me Harris-Perry’s winsome smile shouldn’t matter; it’s a TV show.

Anyway, if Harris-Perry expects people to defer to her Ph.D., she needs to raise her game. Even if comparing Presidents Clinton and Obama on purely racial grounds as “two centrist Democratic presidents who faced hostile Republican majorities” made any sense, her case fails to survive even cursory analysis.

Had she submitted her column to me in a seminar, I’d have handed it back marked “Be specific” and “Logic?” and urged a rewrite. She argues that President Obama’s record is at minimum “comparable to that of President Clinton, who was enthusiastically re-elected.” However, she provides no examples of liberal bigotry directed against Obama. Not one. In that sense, there’s no argument to refute.

It’s not even a theory; it’s a suspicion. Hence, “Be specific.”

“President Obama," she writes, “has experienced a swift and steep decline in support among white Americans—from 61 percent in 2009 to 33 percent now. I believe much of that decline can be attributed to their disappointment that choosing a black man for president did not prove to be salvific for them or the nation.”

What would be truly salvific would be 61 percent of white Americans declaring themselves liberals. Obama won 43 percent of the white vote in 2008. Hence “Logic?” Comparing white liberals to white voters generally is like me entering my horse Mt. Nebo in the Kentucky Derby because he can outrun the cows. A recent Gallup poll showed 68 percent of liberals approve of President Obama. Clinton had to drop his pants to get numbers like those.

Meanwhile, anybody who thinks I’ve been rough on Harris-Perry should read up on her feud with Princeton’s Cornel West. West charged that his “dear brother Barack Obama” was culturally handicapped by being raised among white people. “When he meets an independent black brother,” West said, “it is frightening.” The virile scholar also called the president “a black mascot of Wall Street oligarchs and a black puppet of corporate plutocrats.”

Tulane’s Harris-Perry countered that West’s “self-aggrandizing, victimology sermon” gave “stunning insight into the delicate ego of the self-appointed black leadership class that has been largely supplanted." The flame wars continued for months, with partisans of both professors openly speculating about the personal origins of the former Princeton colleagues’ animosity.

Shocked? Don’t be. It’s fairly standard academic behavior. Ordinarily, however, they keep the really nasty stuff bottled up in committee.

Arkansas Democrat-Gazette columnist Gene Lyons is a National Magazine Award winner and co-author of "The Hunting of the President" (St. Martin's Press, 2000). You can email Lyons at eugenelyons2@yahoo.com.