A new Salon show on the United States of Unemployment 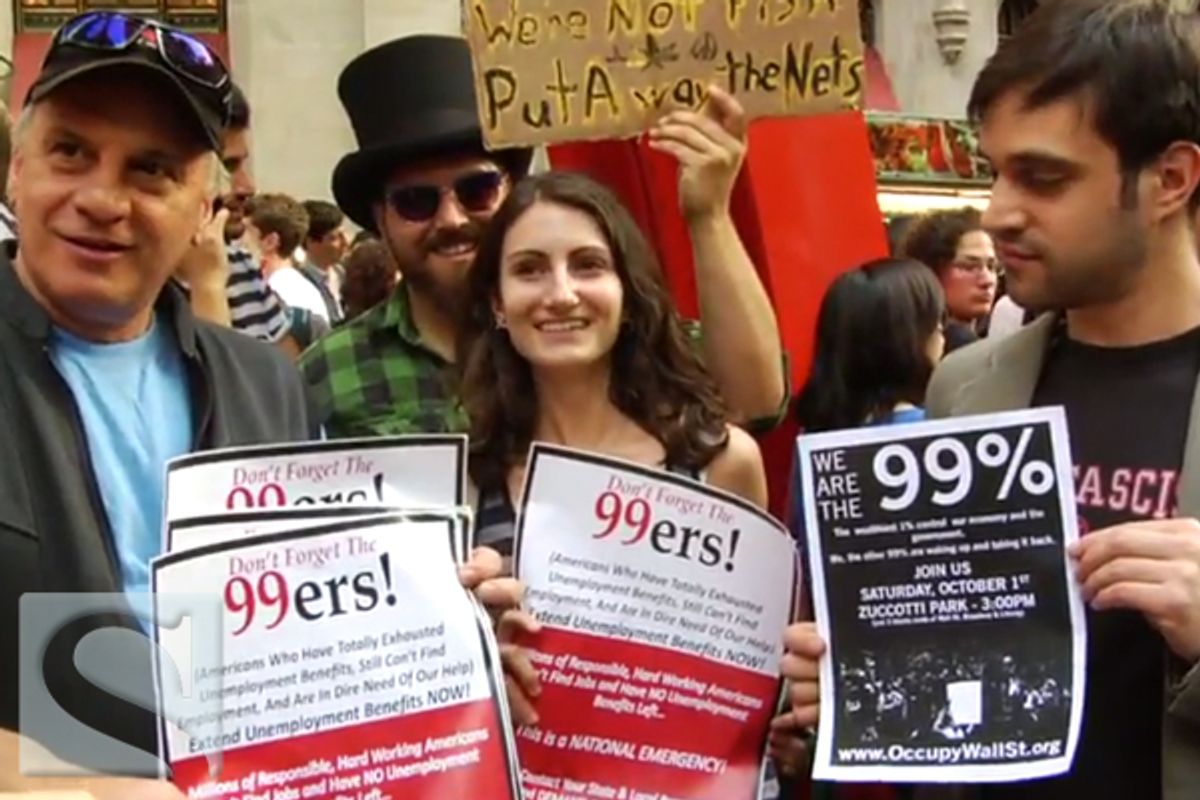 In our first episode: The 99ers are a small but determined movement of the long-term unemployed  (whose unemployment benefits ran out after 99 weeks). One  NYC band of 99ers went on Friday to join Occupy Wall Street, where the occupiers have taken to  calling themselves "The 99 percent." Watch what happens: