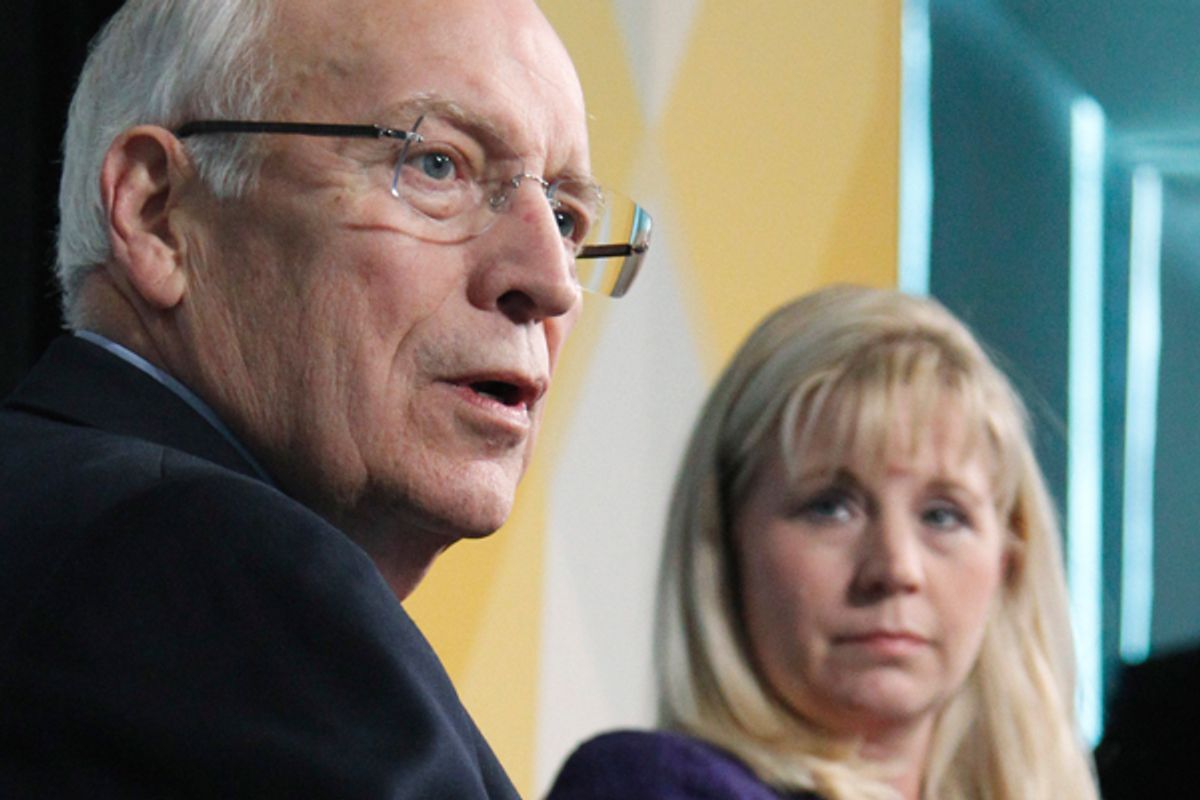 That's why the forum hosted Henry Kissinger, this big idea's mascot. And that's why the forum ended with an interview with former Vice President Dick Cheney, who has a memoir to promote. Cheney was joined onstage by his daughter and co-author, Liz Cheney, who is devoting herself to whitewashing her father's legacy of torture and death and shooting old men in the face.

They were technically being "interviewed" by a third party -- a journalist! -- but for some reason most of the question-asking was actually done by ... Liz.

As proof, he cited the fact that President Bush once had Cheney's dog banned from a section of Camp David.

This gentle interrogation seems to have struck certain high-profile Atlantic contributors as a bit silly but on the other hand it would be much harder to get big names to attend these things if they were worried someone might call them out for being a war criminal. (Hot tip for the International Criminal Court: Try sending out invitations for a sham "Ideas Festival"?)

The forum also hosted former Pakistan leader Pervez Musharraf, an actual former dictator. (But one of the "good ones"!)