How to stop the political insanity

Recent research shows that turbulent times reward crazy leaders. Here's what we can do to counteract that 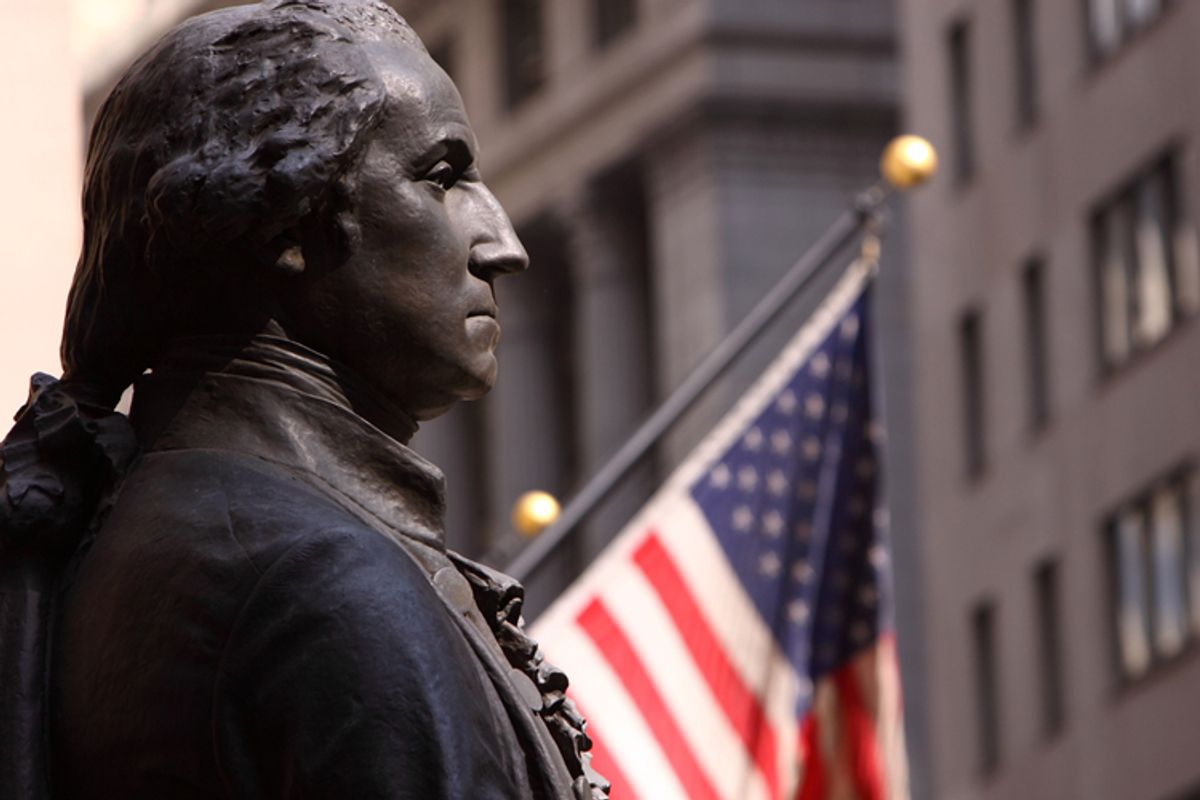 Like most people living through this jarring age of economic turbulence and political dysfunction, you can probably recall a moment in the last few months when you thought to yourself that our lawmakers and corporate leaders are all crazy. And not just run-of-the-mill crazy, à la George Costanza's parents, but the kind of crazy that makes films like "Silence of the Lambs" and "One Flew Over the Cuckoo's Nest" so frightening.

The good news for you is that you aren't insane for thinking this. The bad news for all of us, though, is that according to two new scientific analyses, you are more correct in your assessment than you may know.

The first revelation came from Dr. Nassir Ghaemi of Tufts University. In his recent book, "A First-Rate Madness," he went beyond merely restating the old adage that anyone crazy enough to run for public office probably shouldn't occupy that office. Instead, the book sheds light on what Ghaemi calls an "inverse law of sanity," whereby tumultuous times like these actually reward and promote political figures who are "mentally abnormal [or] even ill."

Now comes a new study from Switzerland's University of St. Gallen showing that the most successful of the global financial elite probably pose more of a menace to society than known psychopaths.

As the website Newser reported, the researchers "pitted a group of stockbrokers against a group of actual psychopaths in various computer simulations and intelligence tests and found that the money men were significantly more reckless, competitive and manipulative." Even more striking, the researchers note that achieving overall success was less important to the stock speculators than the sadistic drive "to damage their opponents."

The findings build on similar research in the recent past. In 1996, investigators at Glasgow Caledonian University discovered connections between psychopathy and successful financial speculation, concluding that "with the right parenting, [psychopaths] can become successful stockbrokers instead of serial killers." Likewise, in 2004, researchers at the University of British Columbia reacted to similar findings and created a test to help firms detect "corporate psychopaths" within their ranks. That same year, the award winning-documentary "The Corporation" used World Health Organization metrics to show that if companies really are "people," as our Supreme Court insists, then many of them are mentally ill.

Obviously, these results reflect the not-so-surprising fact that the extreme nature of the modern political process and of today's casino economy inherently self-selects for certain kinds of traits. And no doubt, wholly changing that dynamic may be impossible or undesirable -- or both.

However, the findings are a reminder of why now -- more than ever -- we must refuse to succumb to political apathy and laissez-faire demagoguery. Indeed, it’s time to redouble our commitment to strengthening checks on political and corporate power because that power is often being wielded by the most unstable among us.

So what does that mean in practice? It means that when we see a wild-eyed White House ignore the Constitution and claim the despotic right to assassinate American citizens without criminal charge, we demand that Congress stop the madness -- rather than quietly acquiesce. It means that when we see a spontaneous grass-roots movement physically occupy Lower Manhattan and challenge banks' deranged rapaciousness, we applaud the effort as long overdue -- rather than scoff at it as unrealistic. It means, in short, that we refuse to stay silent in the face of insanity.

Frankly, if we have scientific proof that the inmates are running the Wall Street and Washington asylums, this is the least we should do -- and we really should do a whole lot more.