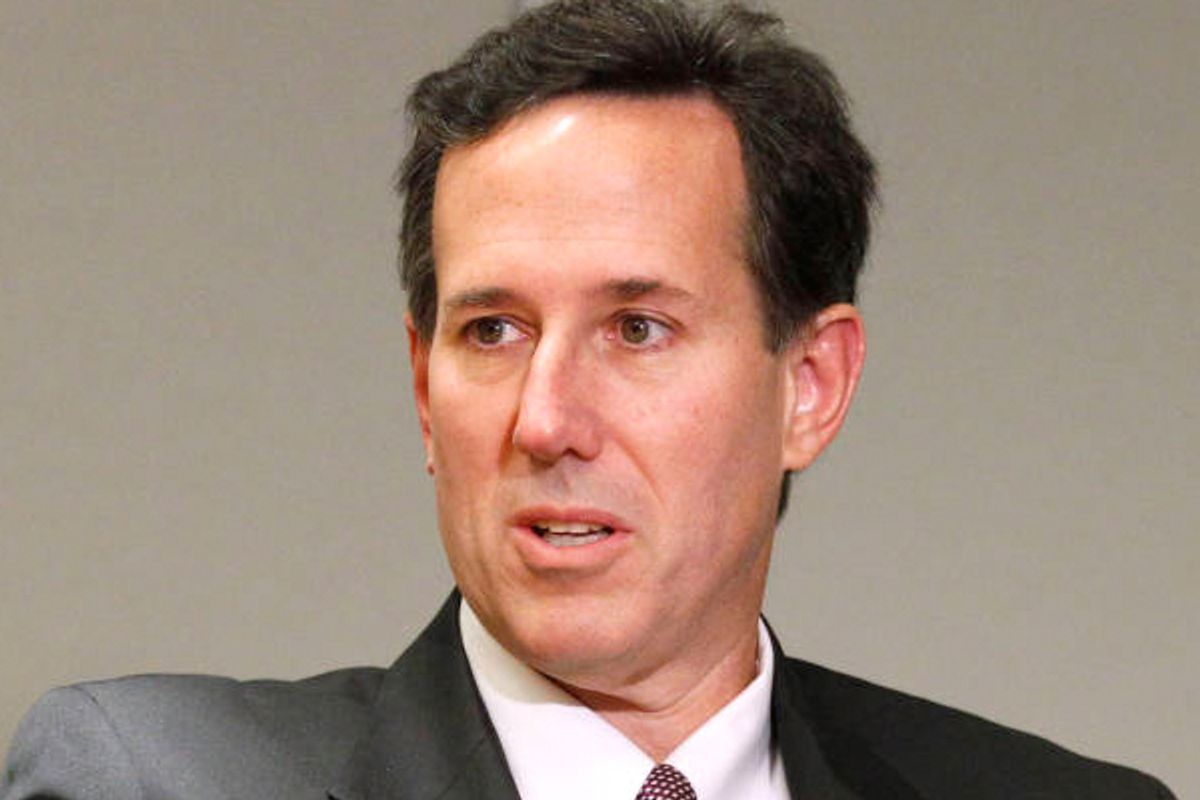 The Family Research Council's Values Voters Summit is happening right now at Washington DC's Omni Shoreham Hotel. The summit is the Republican Party's annual tribute to the most retrograde and extreme members of the religious right, and normal people across the nation are asked to politely look away as GOP pols pander to their nutty base. Rick Perry apparently went over well.

So far today Eric Cantor referred to Occupy Wall Street as "a growing mob" and Rep. Steve King made a joke about how pro-gay marriage protesters were "the most unhappy people I ever heard refer to themselves as gay." (Maybe they were unhappy because you're trying to deprive them of rights enjoyed by everyone else in the country?)

Rick Perry was introduced by a guy who hates Mormons, and who made a series of barely veiled references to Mitt Romney not believing in the correct Jesus. (Rick Perry does not consider Mormonism a "cult," according to his campaign.)

Rick Santorum is the candidate who should be best suited for this gathering. He is the candidate of bewildered burning resentment and anger as an immoral nation that he despises. America in 2011 hurts Rick Santorum, so much. He used his family -- including his, in his words, "disabled" child -- as a prop and attacked gay people for wanting to also have families. “We must fight in every state to make sure marriage remains between one man and one woman.”

But the crowd just went nuts for Herman Cain, who seems to have mostly ignored social issues in favor of jokes, reassurances that he's not angry even though he's black, and the 9-9-9 plan.

Santorum losing these voters to some radio talk show host is one more wonderful moment in Rick Santorum's ongoing national humiliation, the strongest proof yet that God exists and loves us.