The GOP frontrunner is putting the band back together, tapping the team that brought us two wars 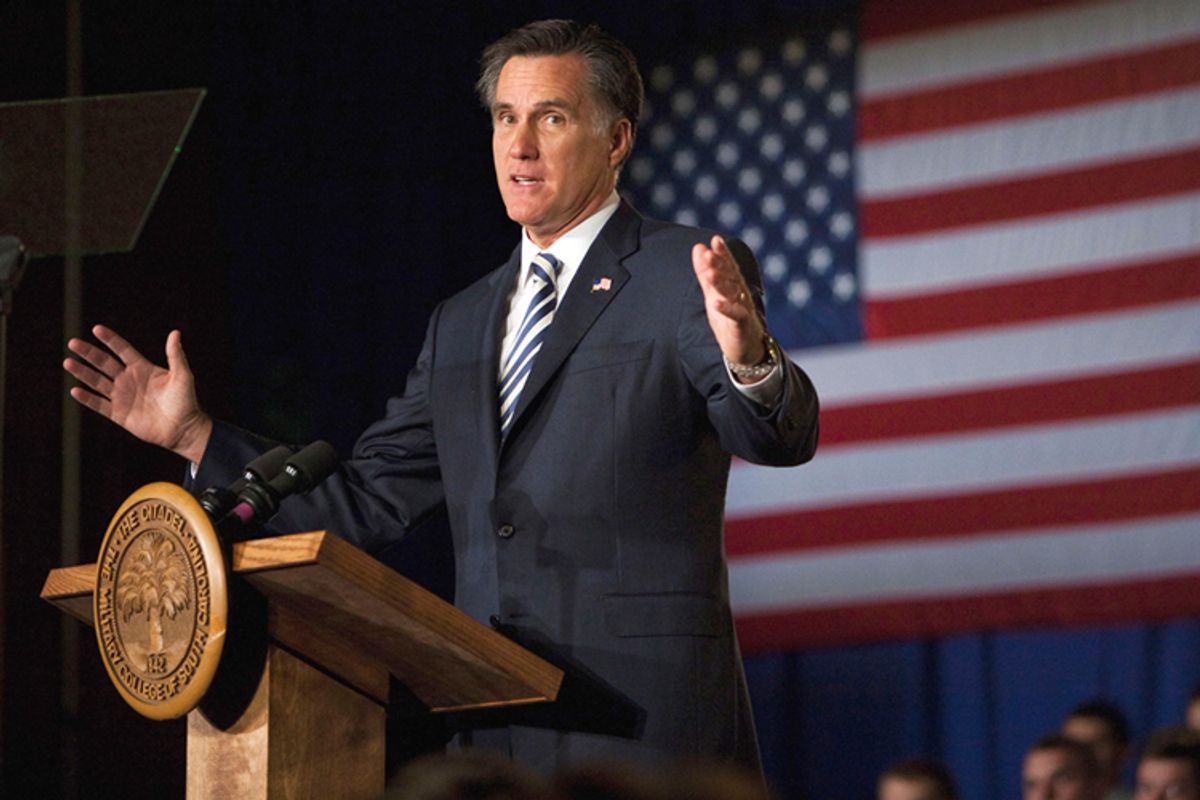 Mitt Romney is proving he's the establishment Republican in the race by doing what establishment leaders do -- recruiting the shadow government in waiting, the stars of the last GOP administration, to return to their rightful place of power. In Romney's case, that means calling on the old, failed foreign policy hands of the George W. Bush administration.

Yes, Romney's putting the band back together, tapping a foreign policy team known for its failures in Afghanistan and Iraq as well as its inability to track down the al Qaida leaders responsible for 9/11. That was just another job they left for President Obama, and one that he in fact completed. On Friday, in a major foreign policy speech scheduled for the 10th anniversary of the start of the Afghanistan war, Romney likewise sounded Bush-Cheney themes. It was long on saber-rattling, short on details – and wrong about the few details he deigned to share.

Romney promised to reverse President Obama's "massive defense cuts," except the president didn't make cuts, massive or otherwise. The defense budget jumped from $661 billion in 2009 to $768 billion in 2011. Defense is the area, in fact, where Obama followed the Bush team lead most closely.

The GOP frontrunner pledged a "full review" of our options in Afghanistan, which seems a strangely passive response to a much-analyzed 10 year old war. By contrast, he was happy to war-monger about Iran, calling the possibility of Iran obtaining a nuclear weapon "unacceptable" and "nothing less than an existential threat to Israel. Iran’s suicidal fanatics," he added, "could blackmail the world.”

Romney promised his team will make this "another American century." And to make sure, he tapped folks associated with the neoconservative "Project for a New American Century," which began pushing war with Iraq on Bush even before 9/11. Romney advisors now include PNAC founder Robert Kagan and war cheerleader Eliot Cohen, along with two veterans of the incompetent Iraq Coalition Provisional Authority, Dan Senor and Meghan O'Sullivan. The CPA, you'll recall, vetted its staff based on their opinions about abortion and their ties to influential Republican donors and politicians. It's no wonder the CPA botched the post-war "rebuilding" of Iraq, insuring the nation would remain bogged down there another eight years and counting.

Romney's team also includes some folks who advocate war to stop Iran from joining the nuclear club. Iraq hawk Eliot Cohen called for the overthrow of the Iranian regime in 2009, and said only an American or Israeli military strike could stop Iran's nuclear program. Dick Cheney aide Eric Edelman insists "the military option should not be dismissed" as a means to contain Iran's nuclear capabilities. And former CIA director Michael Hayden told CNN last year that attacking Iran "may not be the worst of all possible outcomes."

On economic policy, meanwhile, Romney would probably bring us Reagan 3.0, a return to the supply side theories of tax-cutting to create jobs that gave us the great Bush recession. The bottom line: If you liked Bush's economic and foreign policies, you'll like Romney's. Since the president left office in 2009 with his approval rating in the 20s, it seems a little counterintuitive for Romney to borrow so much of the old program, but the GOP only seems capable of looking backward, not forward right now. All Romney needs is Liz Cheney as his running mate to make the restoration complete.


Visit msnbc.com for breaking news, world news, and news about the economy