The friend who saved my college years

I spent the first weeks of school drunk and lonely. Then Ron burst into my life 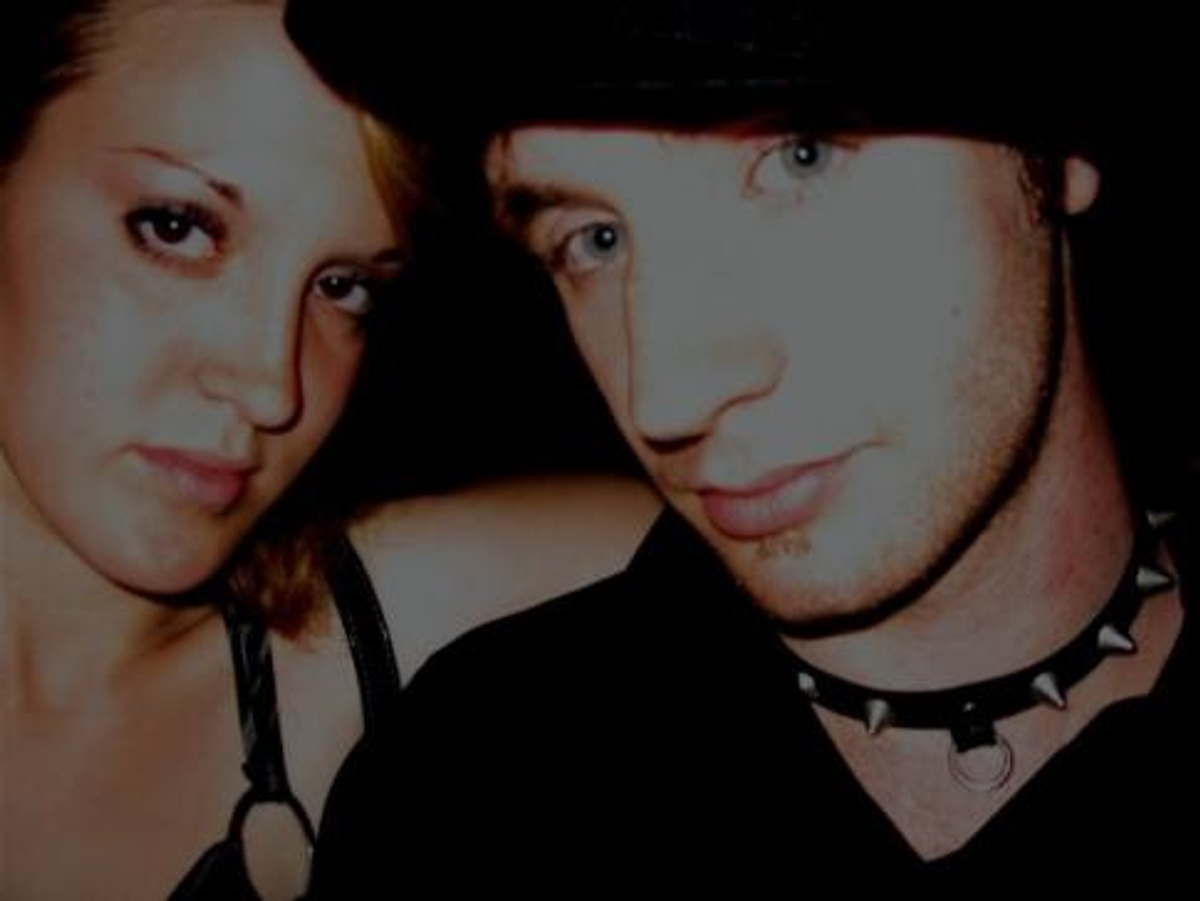 I'll come out and say it: I chose my college for the money. The place had its perks -- a stellar journalism program, a picturesque campus -- but it was a far cry from my dream school. The enticing financial aid package they offered made up my mind.

"You’ll love it here," my parents assured me. Looking around at the beaming faces of my fellow freshmen the first day of school, my stomach churned with uncertainty. These kids looked a lot like the people I didn't like at my high school: Coach bags, Lacoste alligators on every chest, blond highlights zebra-streaking the girls’ hair, the guys hiding behind mirrored Ray Bans. And me? I made my own purses out of duct tape, bought my clothes at Macy’s on sale and dyed my hair burgundy some months, tomato-red others.

I spent the majority of my first nights looking to drown my loneliness at the on-campus apartments. Every evening, I shimmied into my tightest jeans and a v-neck top that didn’t look too off-brand, covered my eyes in black shadow and masked my nervousness with Maybelline. I hid behind a solo cup, a come-hither smile warding off meaningful conversation. Every morning, I awoke to blinding sunlight and the realization that I was having the stereotypical college experience the movies had warned me about: booze-soaked, rap-infused and vapid.

After it became clear I wasn't going to make new friends from the reception side of a beer can, I started to look elsewhere. A guitar player I had met during orientation, a skinny kid with shaggy hair, secondhand sweaters and a voice like crushed velvet was performing at an open mic night, so I gathered up my courage and as much musical trivia as I could muster and wandered over.

"Can I braid your hair?" a voice whispered in my ear once I'd settled onto the floor in front of a tattered dorm room couch. I turned, and came face to face with a grinning boy with the clearest blue eyes I’d ever seen. He was wearing a pink fishnet tank top his chest hair poked through, a studded faux leather wrist cuff, wide-legged jeans with a screen-printed Japanese dragon up the side and sneakers that were decidedly not designer.

"No. But you have beautiful hair. My name’s Ron. Now can I braid it?"

Without waiting for a response, he grabbed my head in both hands and started yanking my head into a rough approximation of a French braid.

"Well, I have your hair. So ... " he trailed off. Before I could protest, he stood quickly, yanking me to my feet with him.

"You’re a freshman," Ron announced after taking a long, luxurious drag and blowing the smoke full in my face. "I’m a sophomore. We’re going to be best friends. I’m going to walk you to your dorm, and you’re going to give me your number."

Shocked into silence by his commanding tone, I surrendered my phone number and led him back to my dorm building. He pulled me into a ribcage-crushing hug before he left me to fumble with my keys. "Later, babe!" he called, skipping away, his day-glo shirt the last thing I could see as the darkness enveloped him. "I’ll call you!"

I neither saw nor heard from him for the next week, as I fell back into my routine of ceaseless, faceless parties. He wouldn’t have fit in with the perfectly coiffed, polo-shirted crowds at the frat houses I frequented, but I kept thinking of him as I drifted off into the no-man’s land between drunk and hung over. I wondered if he had ever made anything out of duct tape. My new "friends" would have laughed at the idea. Somehow, I didn’t think Ron would.

The following Saturday, I was on my way out when my phone rang. I could hear traffic in the background. "Where are you?" a shaking voice asked me.

"I’m just walking over to south side. Where are you, Ron?"

"I’m scared. I got separated from my boyfriend, and I don’t know where I am. Come get me."

"How can I come get you if you don’t know where you are?" I asked, panic rising in my throat. I'd only met him once, but I knew Ron wasn't someone who should be out drunk by himself.

He hiccuped loudly in my ear. "I’m over the bridge. In some guy’s car park."

"OK, I’ll come find you," I trudged over the bridge separating campus from the next town over, a half mile or so away. Below, traffic whizzed by toward the town on the other side and I imagined the bridge created a divide, a barrier of sorts between this collegiate bubble we lived in and the wide world outside. My stomach turned over and I was instantly homesick. It was beautiful, quaint and unspeakably foreign. I doubted I would ever feel differently.

As I stepped off the bridge, a skinny shape stumbled out from someone’s driveway. He had been hiding behind a stranger’s car, smoke drifting from the cigarette he was holding precariously close to his hair. "Lizz!" he shrieked as he fell into me, throwing his weight onto my shoulder. "You came!"

Stumbling back to my dorm room took twice as long as the walk there; Ron was heavier than he looked. Finally, I dumped him unceremoniously on my floor, where he immediately passed out and began snoring heavily.

"I’ll be damned if I let this kid die on my floor," I said out loud, staring at the man flopped crucifixion-style on my brightly colored rug. Grabbing an empty Snapple bottle from my trashcan, I filled it with water and thrust it into his face. Some of it splashed onto his cheek and he spluttered, blinking at me as if seeing me for the first time.

"Whatever. Drink this. And when that’s gone, you’re gonna have more," I put on my best impression of my mother when I was misbehaving.

"You have great eyes," he answered. I cut off the last word as I lifted up his flopping head and poured the bottle into his mouth, spilling more than a little down his skintight white undershirt.

We repeated this charade four times, until I was confident he was hydrated enough not to expire right then and there. I climbed into bed fully clothed, pulling the covers over my head without even brushing my teeth. Ron snored like a chain saw, and as I stared at his sleep-blank face, trying to drown out the racket, it occurred to me this was the first night I hadn’t been lonely in weeks.

The next morning, I woke up to the smell of coffee and aftershave. Ron was sitting shirtless at my computer, humming tunelessly, two cups of coffee waiting on the desk next to him. "Good morning, beautiful," he said. "Thanks for saving my ass last night."

"You’re welcome," I answered groggily. "How did you know how to use my coffeemaker?"

"Babe, if there’s one thing I can do, it’s make coffee. You wanna go have a cigarette?"

That was the first morning I woke up to Ron, a cup of coffee and a cigarette, but it would not be the last. As the weeks went on, his first promise to me proved more than accurate. I may have spent most of my first weeks at college looking for friends, but I never expected one to stumble out of the darkness and find me.

With Ron, I learned I preferred gay bars to frat parties, bad wine to cheap beer and thrift stores to designers. He taught me how to French inhale, how to sing Spanish pop songs and how to make the most of a school I didn’t love by finding people that I did.

"You know how I knew we were going to get along?" he asked me one day, months after our first night together. "The way you did your eyeliner. The other girls draw it all the way across, but you stop it in the middle. It’s different. And different suits you."

It did. It still does. And so does he.