How do the protests measure up to past movements in American history? 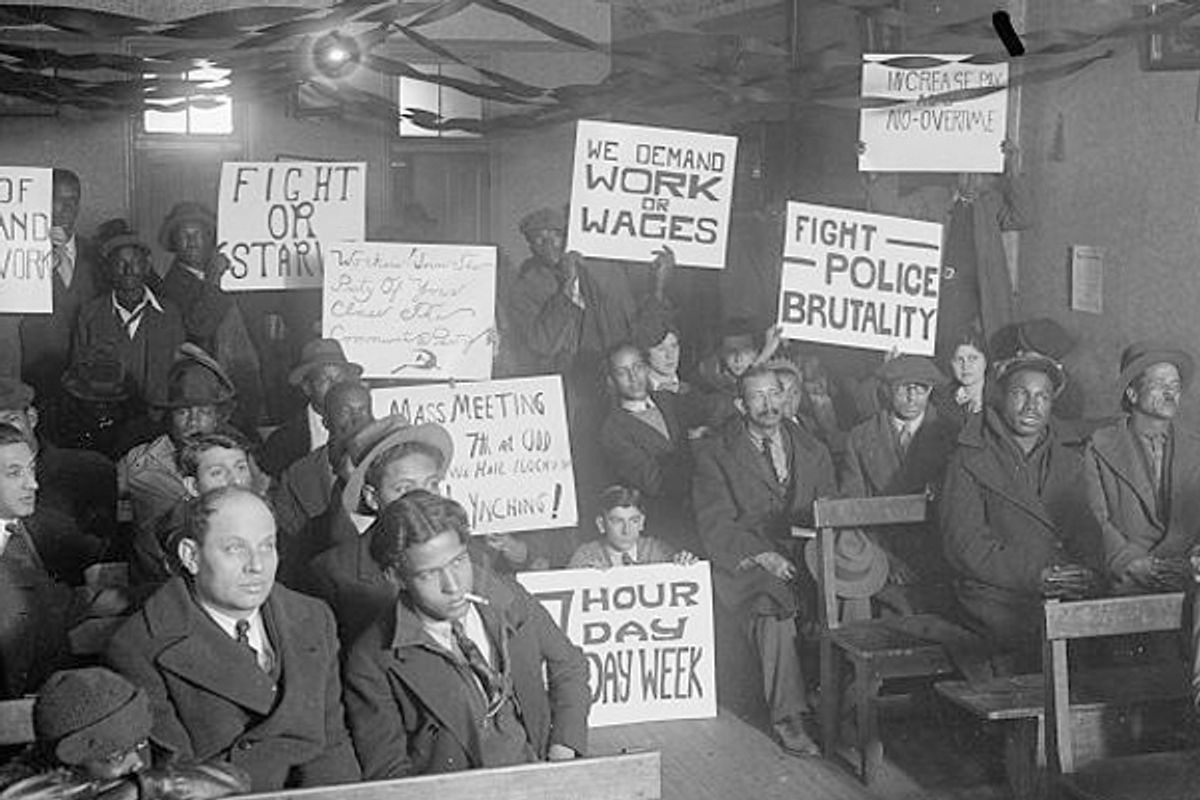 Is Occupy Wall Street, with its decentralized structure, lack of strong leaders and no concrete demands, a fundamentally new form of protest?

Or does the current movement have antecedents or analogues in American history? If so, what does the past tell us about where this might be headed?

For a dose of historical context on Occupy Wall Street, I spoke with Gary Gerstle, professor of American history at Vanderbilt and a scholar of social movements.

You've spent a lot of time studying social movements in America. What are your first impressions about what's going on here?

I think what's going on is very interesting precisely because this kind of protest has been so absent for the last 25 or 30 years. We are well advanced in what ought to be called the second Gilded Age, resembling the first Gilded Age of the late 19th century when capitalism developed very quickly and powerfully and the extremes between rich and poor became very great. There was a lot of downward pressure on wages and a lot of hardship; we have seen something similar in the past few decades when it comes to growing inequality. The major difference between this Gilded Age and the last one is the relative absence of protest. In the first Gilded Age, the streets were flooded with protest movements; questions regarding economic inequality and the very viability of capitalism were the defining issues of American politics.

What sort of mass movements occurred in that era?

All sorts. It's when the modern labor movement began. But it didn't begin in offices in Washington or New York; it began at sites of work. There was a national railways strike of 1877. There were confrontations in many cities. There was a populist campaign for mayor of New York by Henry George in 1886 that focused on ending poverty. He did not win, but he did much better than anyone thought he would, and convulsed New York City politics in the process. In 1894 there was another national railroad strike, known as the Pullman strike. Troops were called out and confrontations were intense. And this was the same moment that the farmers were mobilizing in the Farmers Alliance and the People’s Party, the original populist movements. The ground shook in America in the 1880s and 1890s over these very issues.

What's been so significant about the last 25 years has been the absence of this kind of action. The question now, with Occupy Wall Street and the labor protests in Wisconsin this year, is whether the United States is beginning to emerge from that quiet period and whether there will be protests on the left that in some ways match what occurred 125 years ago.

There's been a lot made about the leaderless structure of Occupy Wall Street. Are there analogues in American history for this sort of radically decentralized movement, or does this seem new?

One can find precedents for decentralized movements in the New Left of the 1960s, which promoted participatory democracy and critiqued bureaucracy and centralization. But in developing a historical perspective, it may be useful to alter the frame we use to analyze the present moment by asking these questions: Did past insurgent movements happen in unexpected ways and at unexpected moments? Did they take established structures by surprise? And were those established structures slow to adapt, resist or incorporate these insurgent movements? I think the answer to those questions is yes.

If we think about the major labor insurgency of the 1930s, there are a couple things that are interesting in terms of today's events. First, the Great Depression began in 1929, and it was not until 1933 that serious labor protest began. That four-year interval tracks the interval between the crash of 2008 and today. This moment, like the previous moment, was characterized by a kind of quiescence on the left. And then worker protests began in ways that took people by surprise. The government passed a modest law giving workers an nominally enhanced right to form unions. Workers began forming unions and employers resisted. The workers began to think that the employers were flouting the law and they began to go on strike, hold marches, and ultimately general strikes were called in a variety of cities. It was locally based and locally focused.  It was unexpected as much by the existing labor movement as by anyone else. This became the spark that created the enormous labor insurgency of the mid-1930s.

What were the achievements of that insurgency?

The turbulence that this movement created in 1933 and 1934 led to a landslide election for left-leaning congressmen in 1934. It created an opportunity for the left that resembles the opportunity generated by the Tea Party for the right in 2010. Suddenly Franklin Roosevelt had a much more militant Congress to deal with, and, for the sake of his reelection, he moved left. Out of that move came a reorientation of American politics: major national legislation giving workers the right to organize, generating jobs programs that put millions of Americans to work, establishing Social Security and the welfare state, and raising tax rates on the wealthiest Americans.

If Obama is going to be the president to leave a similarly lasting mark, he's going to need a popular movement that impels him to pivot more to the left. We don’t know yet whether Occupy Wall Street -- in conjunction with what happened in Wisconsin and drawing energy from events abroad and from a deepening capitalist crisis — will be that movement.  But we do know that past insurgencies that became very important and transformative began in very fragmented, unexpected and surprising ways.