Meet a sensational young banjo player with a debt to Appalachia, an obsession with China and a charming live style 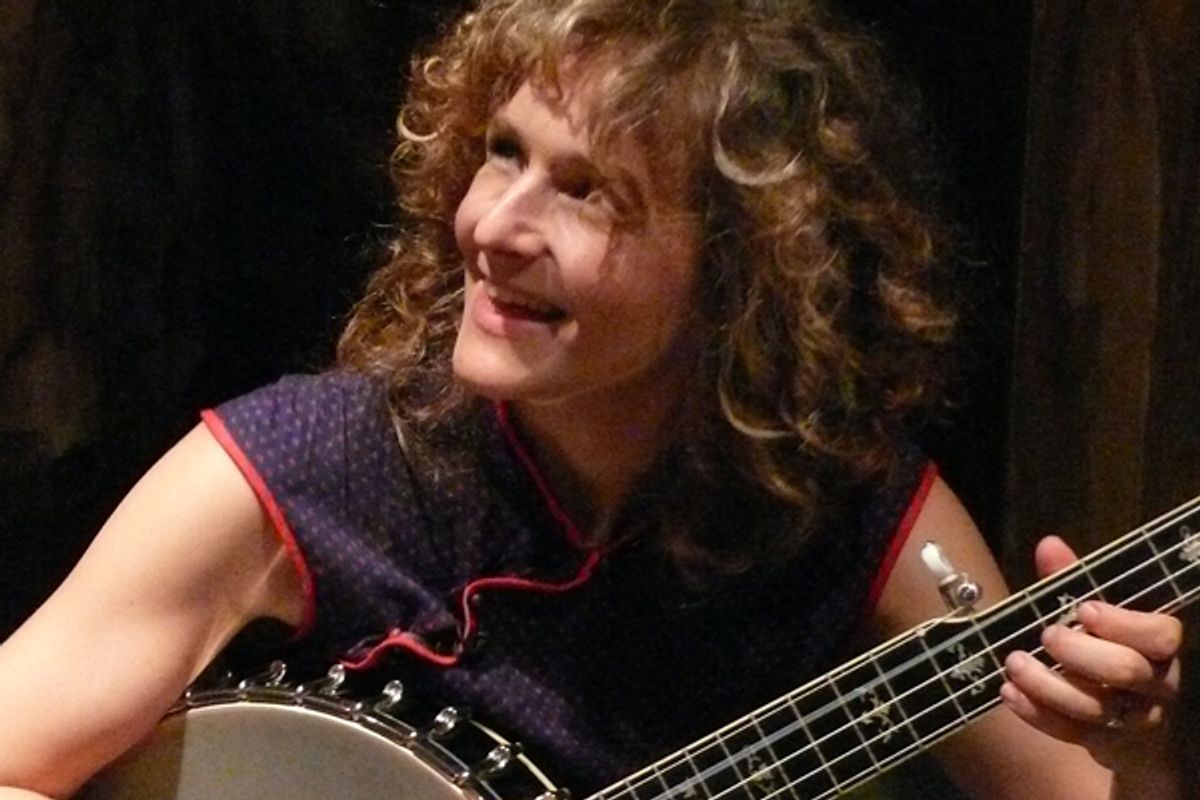 Abigail Washburn is a blond, blue-eyed banjo player from the Midwest who is obsessed with China, speaks Mandarin and sings in Chinese when she feels like it. That is, when she’s not performing her very contemporary versions of traditional Appalachian-style folk songs, threatening in one to use her shotgun on a lover who has betrayed her. (She ends that song with a wicked smile.)

In this edition of "Quick Hits," Sound Tracks reporter Arun Rath talks with Washburn about how she fell in love with China and how listening to Doc Watson made her fall for bluegrass music. And she performs three songs exclusively for "Quick Hits," including "City of Refuge," the title track from her new album.

"City of Refuge" is the title track from Abigail Washburn’s latest solo album. Abby sings of taking off to a place where "everyone is made new," and many of her songs speak to this need to keep moving, running, reinventing oneself.

With Abby, what would never work on paper has a way of coming out natural and swinging, this song being a perfect example. There’s simply no one else on the planet who could pull this off. Piao means "floating," and Abby sings in Mandarin, "This morning I woke up to no big plans, no great ambitions, just floating, floating, floating … " It’s hard to explain the mix of influences in this song -- just watch and enjoy.

Never, ever, cross Abigail Washburn. Consider this video your warning. She’s playing a Gold Tone cello banjo for this selection, which has a sound that’s deep and resonant -- and in this context, a little ominous. The central riff has a nasty, bluesy edge, but sounds like it could also come straight out of a Chinese folk tune.

As if our debt to China weren’t big enough, it turns out we also owe the Asian giant for inspiring Abigail Washburn, a true American original, to become a musician. It’s a roundabout story. But you’ll get the drift of it in her interview with Sound Tracks reporter Arun Rath, plus a sampling of her songs.

Her original plan was to pursue a law degree in China -- did we mention she’s really smart? – but her discovery of the banjo and bluegrass music changed all that. She still gets to China regularly, doing earthquake relief concerts and embarking on a musical tour of the old Silk Road. As she says, "I really believe in the power of music."