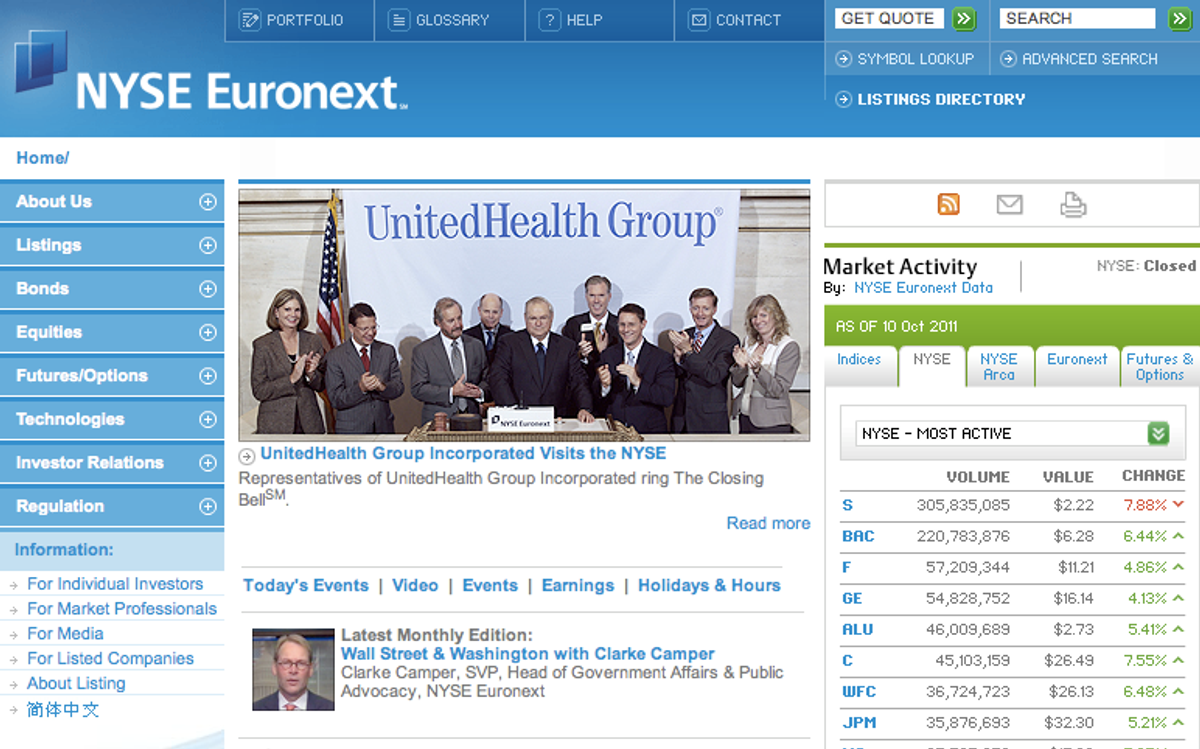 Members of the loosely organized hacker collective Anonymous reportedly brought down the website of the New York Stock Exchange for about one minute this afternoon, in act of solidarity with Occupy Wall Street protesters. Members from the group posted a video on YouTube late last week urging supporters to help launch a "distributed denial-of-service attack" on NYSE.com that would overwhelm the company's Web servers -- causing the site to crash. At about 3:30 p.m. this afternoon, they apparently did just that.

According to the Chicago Tribune:

The website was slow and then unavailable from about 3:35 p.m. to around 3:37 p.m, after which it returned to normal. Keynote, an Internet monitoring company, confirmed that NYSE.com slowed down during that time. Another tracking site, downforeveryoneorjustme.com, also registered a brief outage.

The website was up and running as of this writing.

Read more at the Chicago Tribune