Did James O'Keefe violate his probation at OWS?

The conservative prankster showed up at the Wall St. protests today -- but he might not have gotten permission 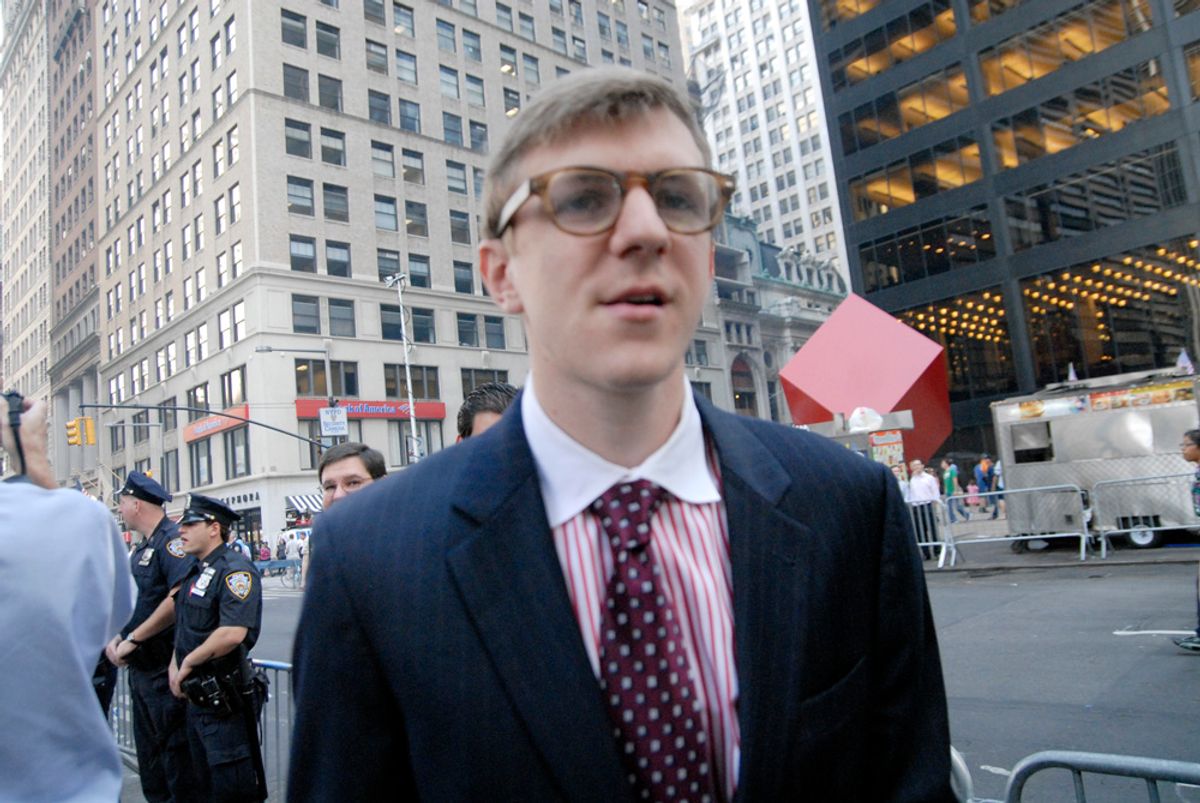 Conservative activist James O'Keefe caused a commotion in the blogosphere this afternoon when reports began to circulate that he had made a surprise appearance at the Occupy Wall Street protests. Photo and video evidence soon followed. Only one problem: He might not have had permission.

O'Keefe, who has nabbed headlines with high-profile video stings against NPR, ACORN and other left-leaning targets, was arrested in 2010 for attempting to tamper with phones in the New Orleans office of Democratic Sen. Mary Landrieu. Three years of probation were a condition of his sentence. Since then, every trip the activist takes outside of New Jersey (where he resides with his parents) has had to be cleared by a judge.

[A]ccording to court records, a judge never approved his trip across the Hudson River and out of the state of New Jersey, where he lives with his parents. A judge has regularly approved all of his trips since hepleaded guilty to entering U.S. property under false pretenses back in May 2010 and received three years probation.

Ryan Girdusky, a spokesman for O'Keefe told TPM that O'Keefe got permission to make the trip from his probation officer.