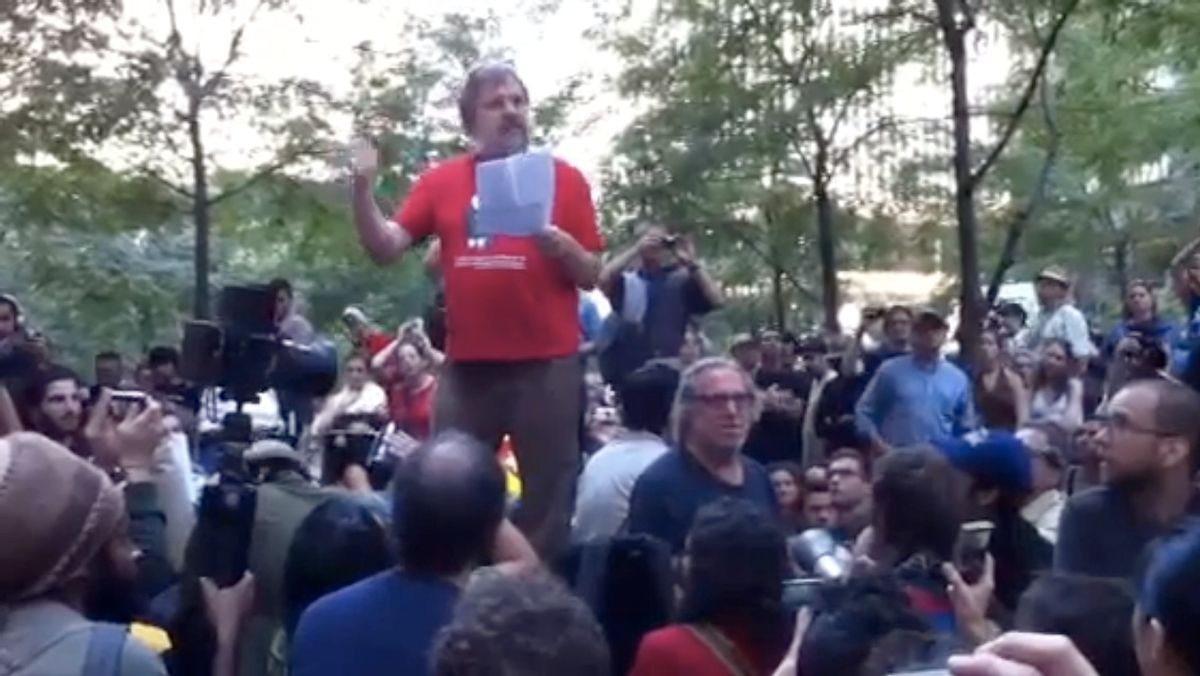 Yesterday, as the Wall Street protests barreled into their fourth week without any sign of abating, renowned Slovenian philosopher Slavoj Žižek appeared at New York's Zuccotti Park to deliver a speech likely to both inspire the movement's supporters and infuriate its detractors.

Žižek praised the demonstrators for drawing attention to the inequities of American life -- as Zuccotti Park's much-discussed "human microphone" volleyed his speech back through the crowd. During one memorable portion of the address, the philosopher assessed the significance of the Occupy Wall Street movement by way of a Soviet-era political joke:

A guy was sent from East Germany to work in Siberia. He knew mail would be read by censors. So he told his friends, "Let's establish a code. If a letter you get from me is written in blue ink, it is true, what I say. If it is written in red ink, it is false." After a month his friends get a first letter. Everything is in blue. It says "Everything is wonderful here. The stores are full of good food. Movie theaters show good films from the west. Apartments are large and luxurious. The only thing you cannot buy is red ink."

This is how we live. We have all the freedoms we want. But what we are missing is red ink -- the language to articulate our unfreedom. The way we are taught to speak about freedom, war and terror and so on, falsifies freedom. And this is what you are doing here. You are giving all of us red ink.