Protesters sought for class-action against NYPD 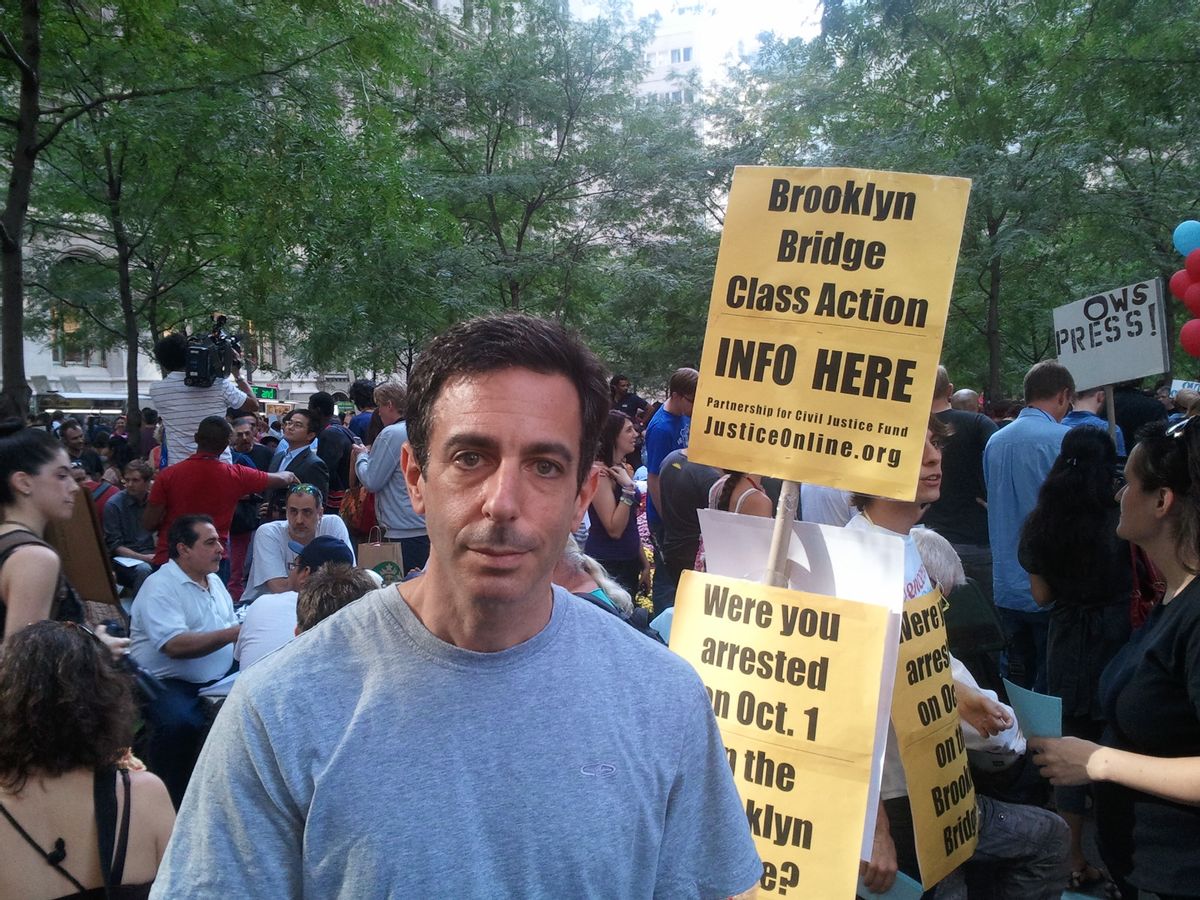 Washington-based attorney Carl Messineo has set up a booth in Liberty Square today seeking Occupy Wall Street protesters who were among the 700 people arrested on the Brooklyn Bridge Oct. 1.

"I've gotten everything from kisses and hugs to high-fives," Messineo tells me, as a volunteer asks passers-by if they were arrested during the bridge march and answers questions about the class-action suit Messineo brought on the protesters' behalf.

Filed Tuesday in federal court in New York, the suit alleges that the police violated the Constitution by using an "entrapment arrest tactic" against protesters marching on the bridge.

Messineo dismisses an NYPD video showing one officer telling protesters not to go on the bridge, saying the police used "one tiny bullhorn that couldn't be heard 10 feet away" in a chaotic, crowded setting. He says that, in the context of a mass demonstration, police are required to give "fair notice" to protesters facing arrest; they failed to do that, the suit alleges.

The suit seeks a court order barring the NYPD from using the "trap-and-arrest" tactic to break up protests ever again. Oral arguments on a motion in the case are scheduled for early December.

Messineo, who is with the Partnership for Civil Justice Fund, came up to New York from Washington three days ago to spread the word about the suit.

Has he been sleeping the park, I ask.

"Hey, I'm not that committed."