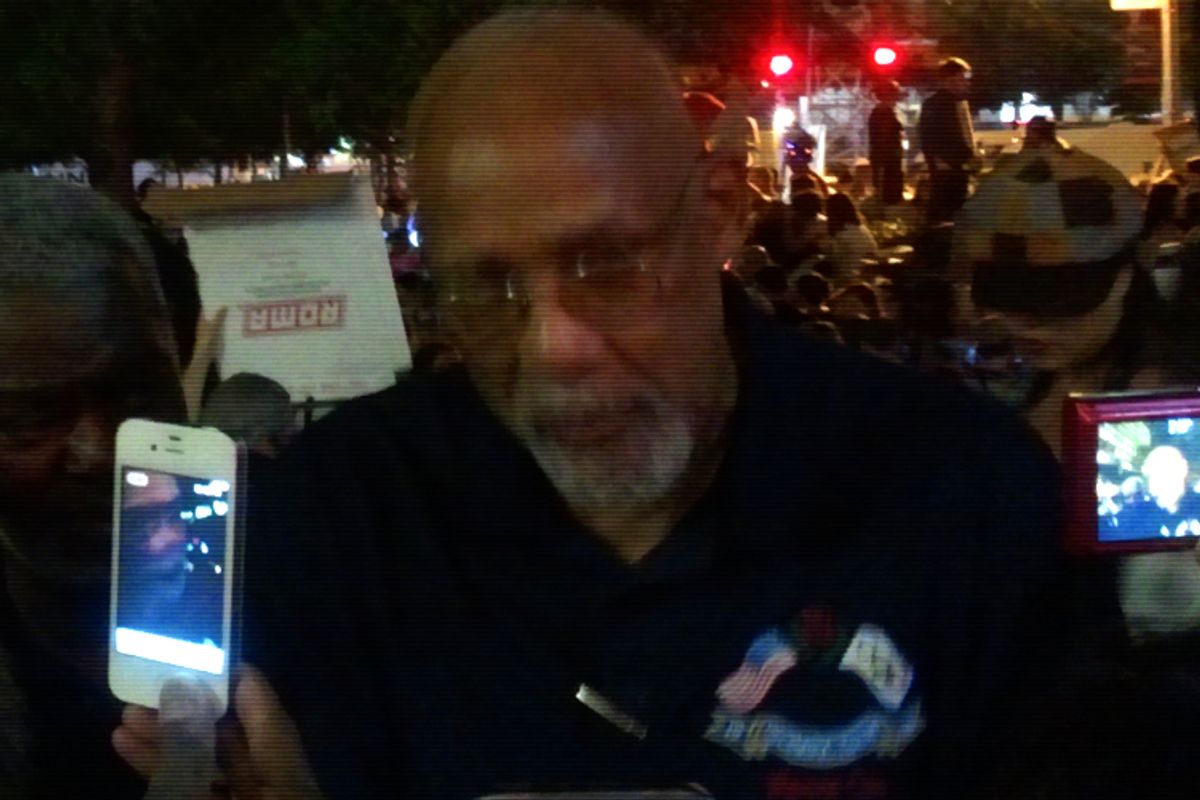 John Carlos, whose iconic black power salute at the 1968 Olympics generated outrage among many Americans, was greeted as a hero at Liberty Square in New York Monday night.

"John Carlos paid a terrible price for his actions that day. But he's here to tell you he doesn't regret one damn thing," said journalist Dave Zirin, who introduced Carlos at a teach-in for Occupy Wall Street protesters and who co-wrote a new book that tells Carlos' story.

(Zirin noted that while most Americans know that Carlos and fellow sprinter Tommie Smith wore black gloves and raised their fists in a salute at the medal ceremony, the pair also did not wear shoes in protest of poverty and wore beads in protest of lynching.)

"This day is not for us. But it's for our children to come," Carlos told a cheering crowd of protesters.

Coming from a man known as a radical, part of Carlos' message was a bit unexpected: Don't villify the police.

Local law enforcement "is part of this movement as well, although it doesn't appear that way," he said. "They're on the edge of losing their houses as well. Their bank accounts are shrinking as well. Their kids are being pushed out of school as well. Take into account that they are between a rock and a hard place because they have a mandate to do their job."