The aesthetics of "Sleep No More" 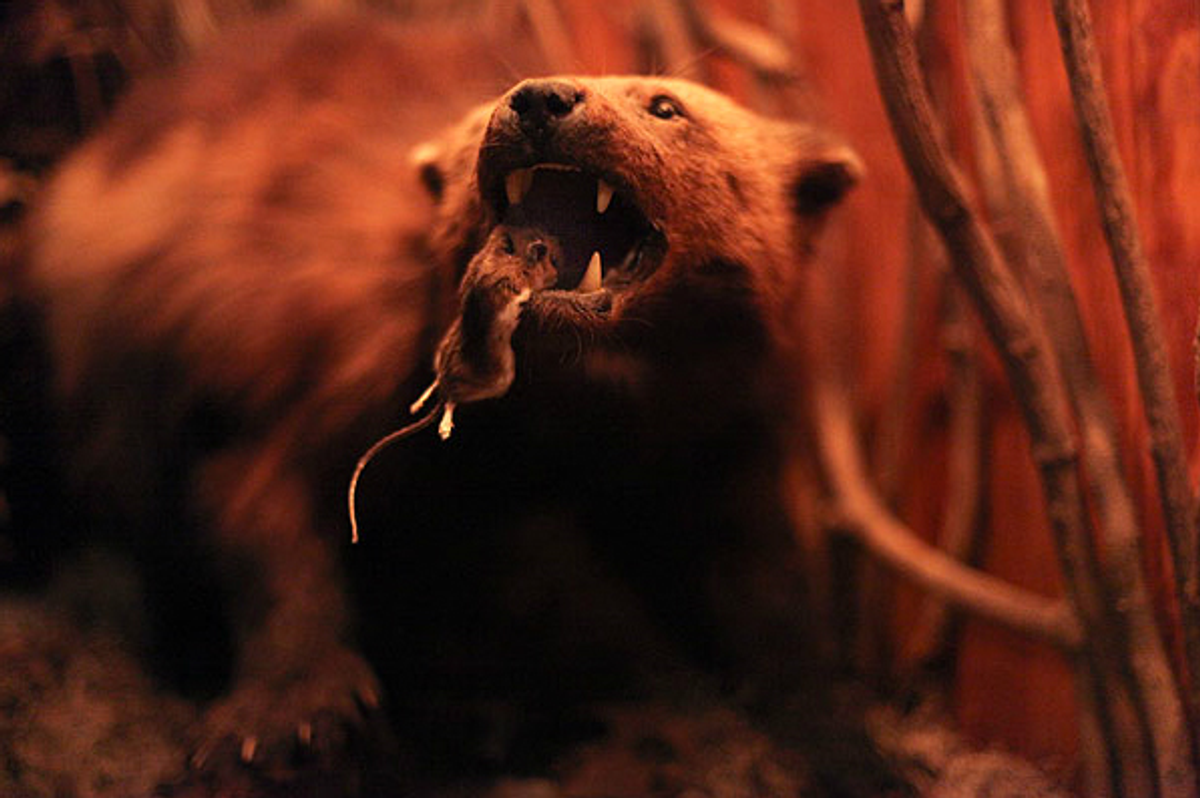 I lined up in the rain with friends on a Friday night outside a warehouse in Chelsea and waited for the doorman to usher us in, one small group at a time. As the doors closed behind we found ourselves in a long, pitch black hallway. Hesitantly pushing forward we discovered a desk, behind which stood a woman handing out a single playing card in exchange for each of our names. Several blacked-out hallways later, we pushed aside a velvet curtain, entering a bar plucked straight from the 1930s. A few cocktails in, slightly buzzed and still contemplating what I’d agreed to, my number was called and I followed instructions to pile into an elevator.

The attendant explained that there would be no talking during my stay at the McKittrick Hotel and that I was to wear a carnival-style mask at all times, but also that I was free to explore the space as I saw fit. As the elevator lurched to our destination and the doors opened, he offered these parting words: “this experience is best had alone.”

First staged in Boston before coming to New York City, "Sleep No More" is a choose-your-own-adventure play extrapolated across six floors of three abandoned warehouses. Audience members are free to walk, run and rifle through over 100 rooms in the labyrinthine space and its elaborately designed sets, each with their own unique sights, sounds, smells and even tastes.

Punchdrunk has created a type of entertainment medium mash-up that is wholly immersive in ways all other forms of entertainment aspire to but rarely achieve. In a medium that hasn’t changed much since Shakespearean days, "Sleep No More" stands apart as a true innovation in immersive theatre.

The storyline of "Sleep No More" is a wordless reimagining of Macbeth told largely through dance. Characters rush in and out of rooms, tumbling and pirouetting around and on top of each other, disappearing as quickly as they came. The key to following the story is to chase after the characters as they literally run up and down multiple flights of stairs and hallways, another reason it’s probably best to split up with anyone you came to the show with.

As a detail-obsessed designer, I was so enthralled with the environment that I got very little of the narrative of the play the first time through. (I later went back to see it a second time.) I spent the entire time rifling through drawers and stacks of papers and exploring the different spaces including a hospital, candy store, cemetery, apothecary, detective agency, photo studio, pine forest and taxidermist’s shop. The environment is so completely immersive and transformative that it even becomes disorienting at times. One gets the feeling that that’s exactly what the brilliant engineers of this experience had in mind.

A peculiar thing happens when you dress a group of strangers in identical, expressionless masks. By essentially inviting the audience onto the stage, the masks form a kind of fourth wall, and help maintain a division between performer and viewer. But by stripping you of your identity while maintaining such close proximity to the actors, you take on more of a voyeuristic role in an extremely intimate setting. After all, the story you’re watching unfold is rife with violence, nakedness and all manner of sexual activity. The masks free you to stare at things we might shy away from if we could be seen as ourselves. They are the final key in allowing the audience to truly immerse themselves into Punchdrunk’s lavish world.

While chasing after Macbeth late in the play, I found myself back in the bar I’d originally entered through at the beginning of the night, but it appeared to have been completely overgrown with vines and leaves. It was extremely disorienting and unnerving– what the hell was going on here? Where was everyone? We were the only ones in the room and I could feel chills creeping up the back of my neck.

"Sleep No More" does what all good forms of entertainment attempt to do: to transport you from one reality into another. But through its truly innovative format, it does this so holistically and convincingly that it’s possible to completely lose yourself into its macabre world. And if that was the goal, after chasing Macbeth into the vine-covered bar, I was utterly lost.

"Sleep No More" runs through Nov. 5 in New York City.

All photos by Sara Krulwich / The New York Times