The worst OWS moment so far 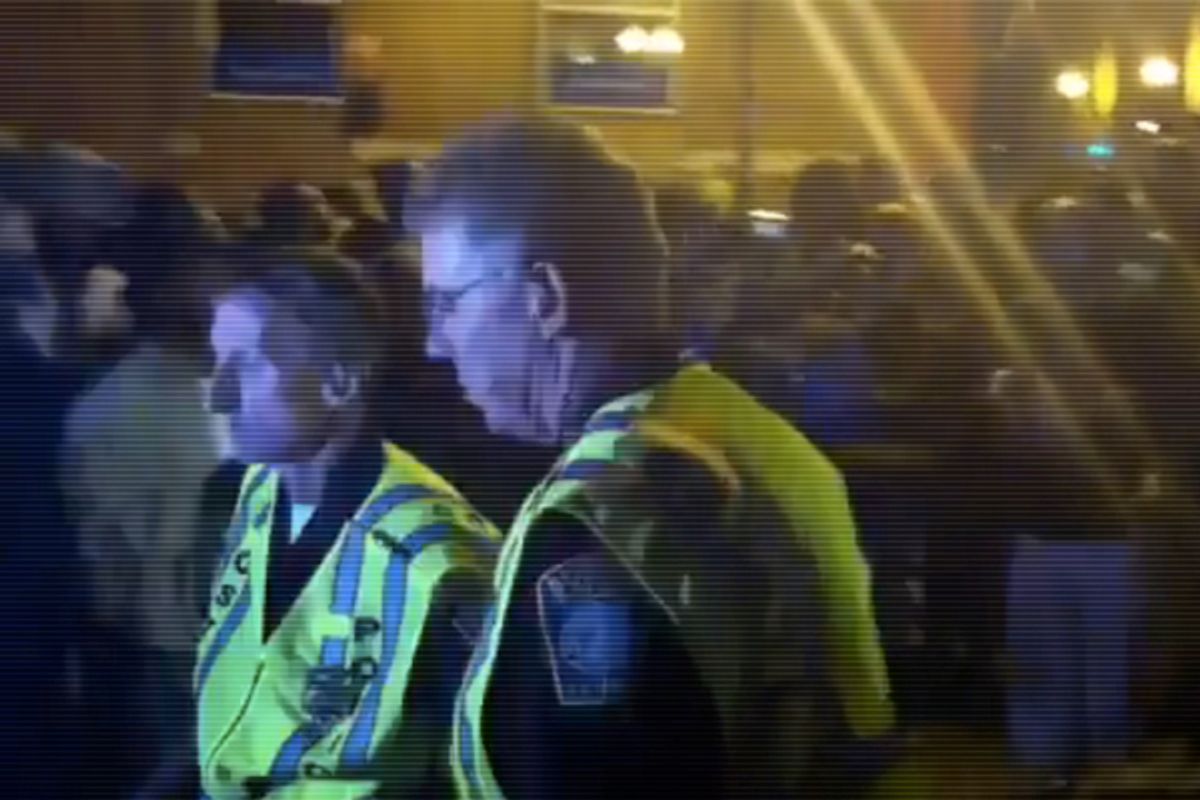 The video below is disturbing.

Back in the '60s, the line against antiwar protesters was that they disrespected American veterans and the American flag.

On Monday night, Boston police broke up the Occupy Boston protest, and in the process, they tore down an American flag and knocked down at least one American military veteran.

A group of Veterans for Peace stood in a line in front of the Occupy Boston protesters, and after the police warned the entire group to disperse, a line of cops marched out of the darkness and seemed to move on the veterans first.

John Nilles, a 74-year-old Vietnam veteran, told the Boston Globe he was knocked down during the arrests. “I have absolutely no use for police anymore,” he said. “I don’t know what I’m going to do.” You can hear protesters on the video screaming over and over, "We are veterans of the United States of America." It's chilling.

The video is dark, so it's hard to see exactly what's happening, but when the American flag starts to totter, it's like the Iwo Jima moment in reverse.

It's sad there were no news cameras with their bright lights to illuminate what happened. The first version of this video I saw was murky; this one is clearer. It's unsettling enough even under cover of darkness; it's obvious why the police didn't do this in broad daylight.

Still, I'm with Olympic hero John Carlos, who told the crowd at Occupy Wall Street on Monday not to vilify the cops. "Take into account that they are between a rock and a hard place because they have a mandate to do their job," Carlos told the crowd. It's true: They're taking orders from their bosses. Maybe this protest will change who their bosses are.