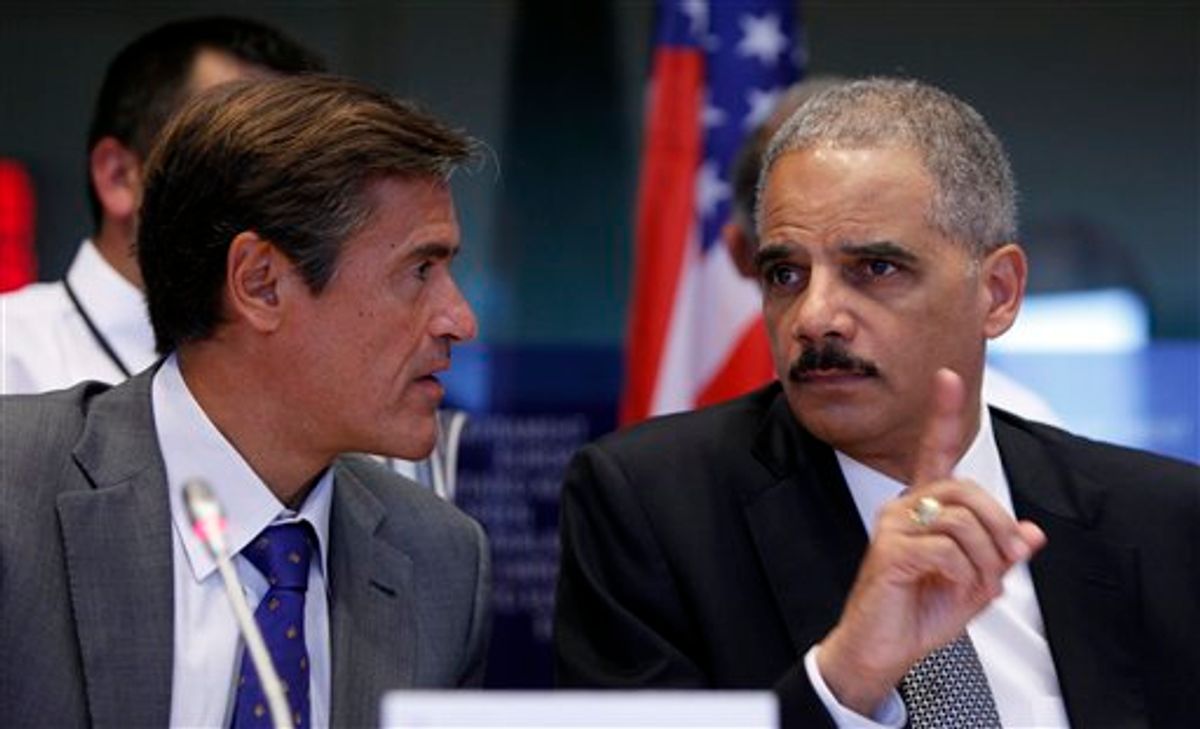 WASHINGTON (AP) — The Justice Department on Tuesday accused elements of the Iranian government of being involved in a plot to assassinate the Saudi ambassador to the United States, and Attorney General Eric Holder said the U.S. would hold Iran accountable.

Two people, including a member of Iran's special operations unit known as the Quds Force, were charged in New York federal court. Holder said the bomb plot was a flagrant violation of U.S. and international law.

"We will not let other countries use our soil as their battleground," Preet Bharara, the U.S. attorney in Manhattan, said at a press conference in Washington with Holder and FBI Director Robert Mueller.

Manssor Arbabsiar, a 56-year-old U.S. citizen who also holds an Iranian passport, was charged along with Gholam Shakuri, whom authorities said was a Quds Force member.

FBI Director Robert Mueller says many lives could have been lost in the plot to kill the ambassador with bombs in the U.S.

From The Wires Iran Terrorism