What will Chris Christie get out of his Romney endorsement? 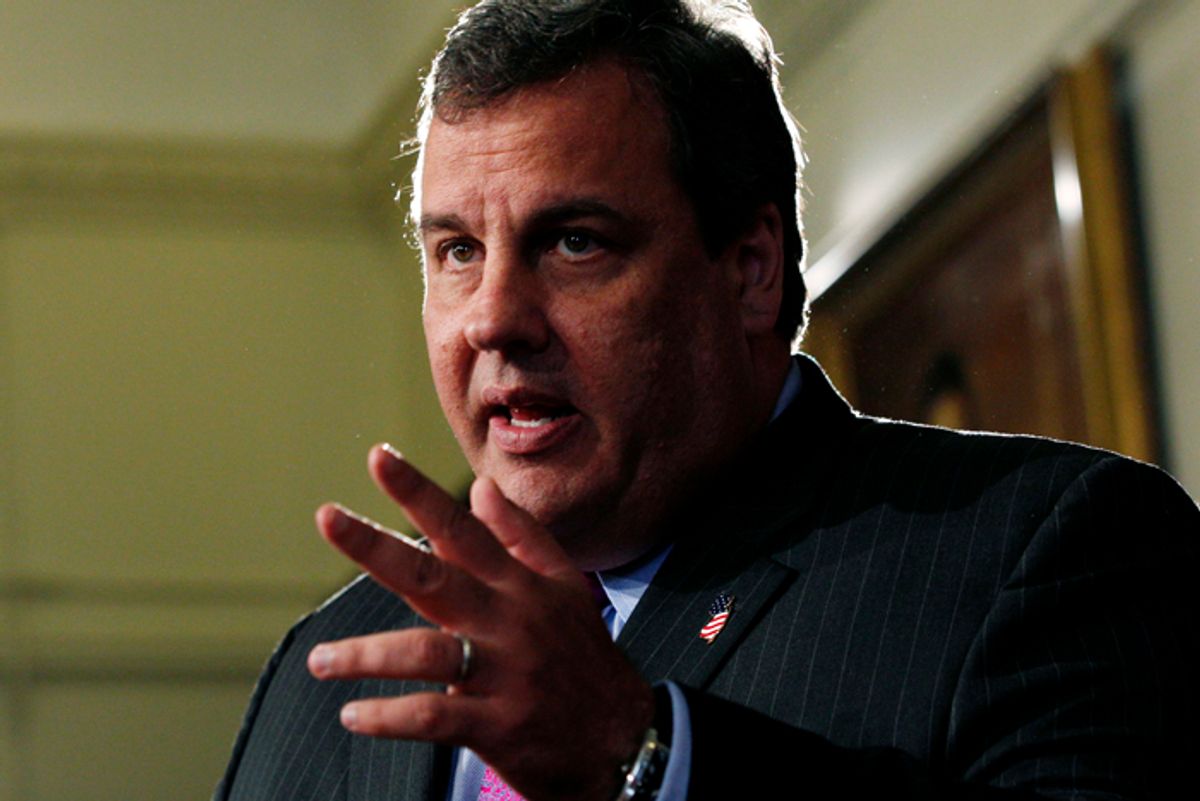 It’s been obvious that if Chris Christie was going to endorse anyone in the GOP presidential race, it would be Mitt Romney. The only real question was over whether he’d line up with Romney early or if he’d wait to see how the primaries and caucuses play out, and that suspense has now been resolved with the news that Christie will make his endorsement this afternoon.

If you assume that he was only interested in backing a winner, then Christie’s choice was between Romney and Rick Perry (and, if you want to be extra-generous, Herman Cain). And Romney is easily the better ideological fit for him – along with being the easiest choice to justify in blue state New Jersey. Plus, after Christie said “no” to them for one final time last week, many of the elite donors who’d urged him to get in the race have been flocking to Romney’s camp.

So the timing is what’s interesting here. New Jersey, after experimenting with relevance in 2008, recently moved its presidential primary back to its traditional last-in-the-nation slot in early June. Christie could have waited to find out whether Romney falls flat on his face when the primary season arrives, but instead he’s delivering an endorsement that could blow up in his face. And for Romney, it’s a particularly valuable endorsement, given Christie’s current popularity in the GOP. His communication skills also could make Christie an unusually effective campaign surrogate.

It’s worth wondering, then, what’s in this for Christie.

Here the example of a previous New Jersey governor who made a splashy early endorsement may be worth considering. It was back in December 2003 when a pre-scandal Jim McGreevey corralled the bulk of the state’s Democratic establishment – several members of Congress, dozens of state legislators and county and municipal officials, and key party leaders – and lined up with Howard Dean at an elaborate event in Trenton. At the time, Dean seemed increasingly likely to win the nomination, but much of the Democratic establishment was still not with him. McGreevey, who had national ambitions of his own, hoped that this would land him the keynote speaking role at the 2004 convention – a slot that has served as a springboard to national prominence. Of course, it didn’t quite work out: Dean melted down a few weeks later and eventual nominee John Kerry ended up handing the keynote spot to some guy named Barack Obama, who delivered his career-making address as McGreevey was privately dealing with a career-threatening extortion attempt from his former lover.

There figures to be plenty of talk now about a potential Romney-Christie ticket, but this doesn’t really compute. If he wins the nomination, Romney will presumably be under pressure to pick a running mate with impeccable conservative credentials, and foreign policy experience wouldn’t hurt either. And would he really want to risk being overshadowed by his No. 2? The McGreevey model makes more sense. Christie would be a logical keynoter – and Romney, if he does win, will probably be happy to offer it to him if he wants it.