How a handful of Senate Democrats undermined Obama's effort to make a basic, powerful point about GOP obstruction 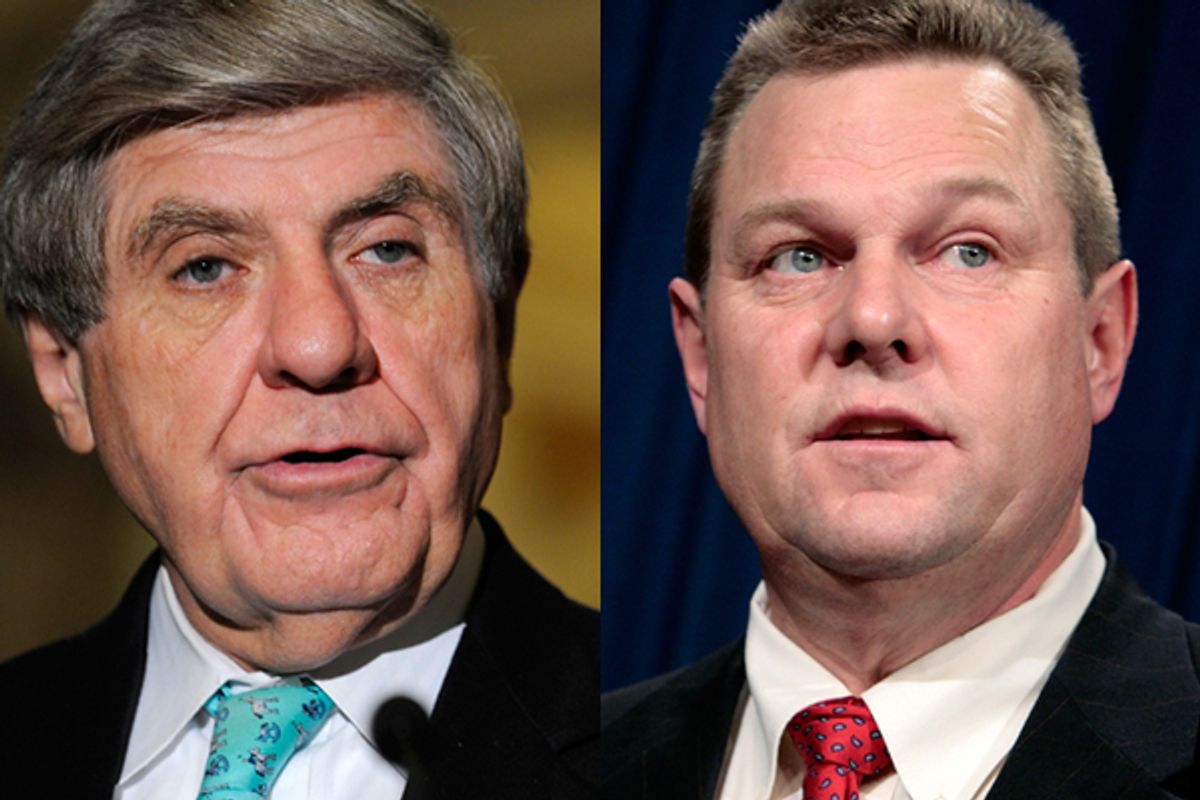 Officially, Senate Democrats failed last night to muster the 60 votes they needed to break a Republican-led filibuster of a motion to proceed to debate on President Obama's job bill.

The upshot is that the $447 billion package that Obama rolled out in a speech to Congress in early September (and which Senate Democrats modified recently to include a 5.6 percent tax increase on millionaires) is now dead. But the White House and its allies are pushing hard to frame last night's vote as something of a victory anyway, because Majority Leader Harry Reid was able to convince 51 of his fellow Democrats to vote to proceed to debate, allowing Obama to say that:

Tonight, a majority of United States Senators voted to advance the American Jobs Act. But even though this bill contains the kind of proposals Republicans have supported in the past, their party obstructed the Senate from moving forward on this jobs bill.

This is the message that Obama has really been trying to deliver with his jobs push. The White House recognized after the debt ceiling debacle that meaningful compromise with the Obama-era GOP is essentially impossible. The jobs bill represents an attempt to convince voters that ideas they support by wide margins and that economists say would have a measurable impact on the economy are not being implemented only because of Republican obstructionism. The fact that no Republican in the Senate voted to proceed last night while 51 Democrats did would seem to bolster this case.

But whether the public will see it this way is another matter. Greg Sargent notes that the AP's headline was exactly what the White House was looking for -- "Senate Republicans vote to kill Obama's jobs bill." But other news sources haven't been as cooperative, choosing instead to play up the basic fact that Obama's plan has died.

The problem here may be the Senate itself, which is governed by impossibly dense procedural rules, and with a handful of Senate Democrats, whose reluctance to unite behind Obama's plan allowed Republicans to exploit those rules and create all sorts of confusion.

When Obama first laid out his plan more than a month ago, it was fairly easy for the average voter to understand: The president presented his proposals, stressed the urgency of the moment, and demanded that Congress conduct an up/down vote on the entire package immediately. And it was probably fairly easy for the average voter to see that the Republicans who control the House had no intention of allowing such a vote or seriously negotiating with Obama.

But the Senate, where Democrats control 53 seats, was another story. There, a small group of Democrats immediately began raising concerns about the plan. Mary Landrieu and Mark Begich, both representatives of oil-producing states, objected to a provision that would have deprived that industry of some tax breaks. Chuck Schumer argued that $250,000 was too low a threshold for limiting itemized deductions. Red state Democrats balked at embracing anything with Obama's name on it, especially something with a big-seeming pricetag. Joe Lieberman was his usual difficult self. There were delays, discussions, negotiations, and all sorts of confusing signals. It was not easy to follow.

Then Mitch McConnell, the Senate GOP leader, mischievously took to the floor, read from Obama's speech to Congress, and said he agreed that the president was entitled to a vote. He tried to force one on the spot, knowing that an embarrassing number of Democrats would be "no" votes. Reid prevented the vote with an obscure, controversial-sounding procedural maneuver of his own. It left Republicans crowing that even Obama's fellow Democrats didn't like his plan. Reid and Schumer then struck a compromise, taking out the funding mechanisms that were causing angst among some Democrats and inserting the millionaires tax instead. This brought them closer to being ready for a vote.

But it still wasn't that simple. In the hours leading up to last night's vote, Reid still didn't have enough Democrats to give Obama his "the majority voted for it!" talking point. The holdouts were: Jon Tester of Montana, Ben Nelson of Nebraska, and Joe Manchin of West Virginia, all of whom face difficult (or potentially difficult) reelection campaigns next year in states where anti-Obama sentiment is high; Virginia's Jim Webb, who is retiring in '12; and Lieberman. Ultimately, Reid won Lieberman, Webb and Manchin over -- but not because they want the bill to be enacted. Remember: Last night's vote was on a motion to proceed to debate. It wasn't on whether to pass the actual bill. The argument that convinced the three reluctant Democrats to come on board was that the Senate ought to have an actual debate -- not that the bill itself should be passed. As Manchin explained:

“I vote for the procedure … but I’m opposed to the spending that goes on … I’m truly in support of trying to create jobs, which is the infrastructure part of it. It was hard to say this was the finality - you vote not to move it on. And I’ve been very clear I would not vote for it in the president form if it moved forward without the chance to restructure it.”

If every Democrat in the Senate had signed on when Obama delivered his speech, it would have been easier for Obama to make his point about Republican obstructionism. But, of course, that's not the way the Senate tends to work. Individual senators closely guard their parochial and personal interests and don't like to think of themselves as mere rubberstamps for any president, even when it's a president of their own party trying to make a powerful political point. Obama's argument about Republican obstructionism is absolutely valid; just look at the House's refusal to even consider the jobs bill and Senate Republicans' insistence on a 60-vote threshold for a motion to proceed to debate. But I suspect that point might have been lost in the complexity and absurdity of the past few weeks.