The rumor that won't die

Hillary Clinton will not replace Joe Biden as VP 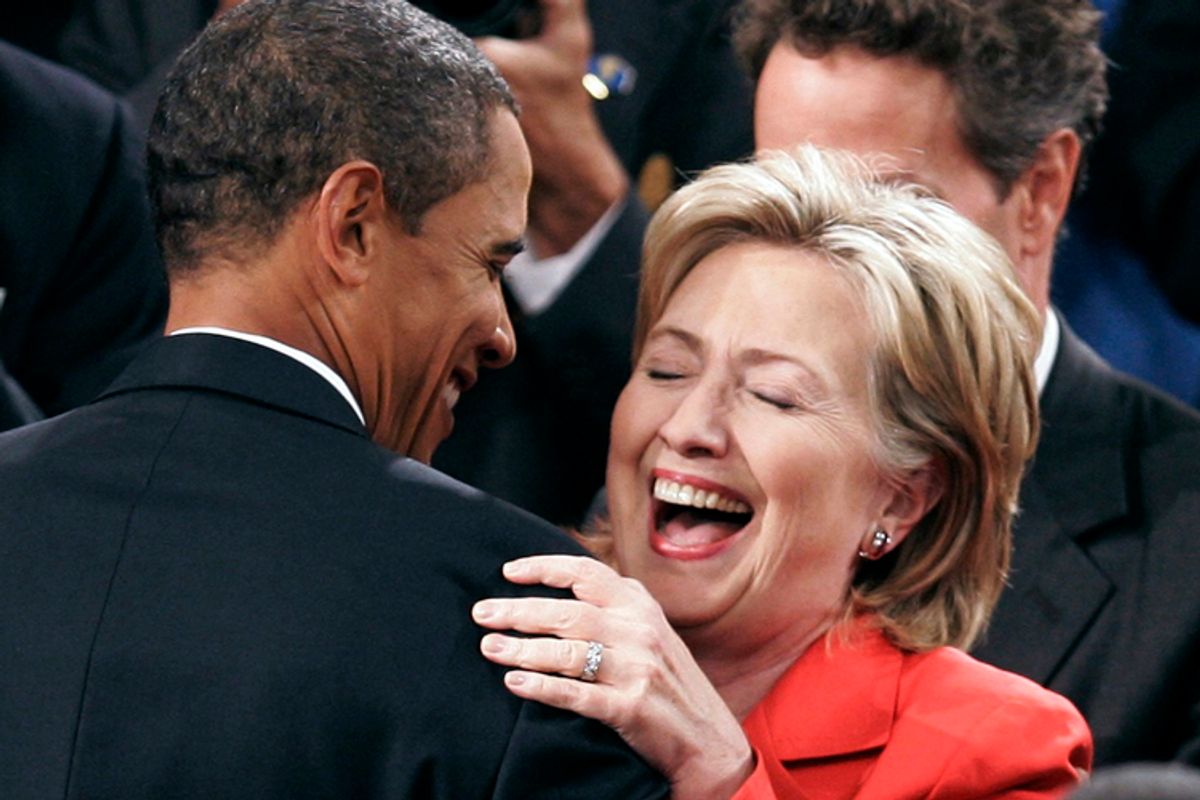 The Chicago Sun-Times's Laura Washington revived a perennial non-story this week, in a column speculating that Secretary of State Hillary Clinton might replace Vice President Joe Biden. It's a numbers game: Washington thinks Clinton could energize her old feminist base and shore up President Obama's standing with women next year.

But it's just not going to happen. Clinton says she doesn't want it, Biden says it's impossible, and it would damage more than help the president by making him look desperate.

The rumor hangs on little more than Bob Woodward's claim that it was "on the table" last fall, because the president had lost support among "the women, Latinos, retirees that she did so well with during the [2008] primaries." But Clinton's 2008 popularity with Latinos, to take one group, wouldn't translate into electoral enthusiasm; she can't pass the Dream Act by herself, any more than President Obama can. Changing vice presidents doesn't change the Congressional mess that impedes the president's agenda.

Likewise, although Clinton did better with the white working class in 2008, her place on the ticket wouldn't necessarily lure back those voters, because she wouldn't run her own domestic policy. Clinton was marginally more progressive than Obama on economic issues in 2008, supporting a moratorium on mortgage foreclosures, for instance, and backing a more inclusive health care plan. But she plays for the president's team now. Obama's recent populist push for his jobs bill will have far more success with disillusioned working class voters than a Hail Hillary pass.

Washington's column was enough to get media elites buzzing about the possibility again: Ann Curry asked Joe Biden about it on the Today Show, and Clinton faced questions from AP. But it's one of those things: The media giveth, and the media taketh away. What's being touted as a potentially exciting move would be immediately denounced as desperation if Obama made it. It's time for this story to be retired.

I discussed it, with a lot of skepticism, today on "Hardball."