Going green has never felt so good, thanks to popular lines of enviro-friendly sex toys 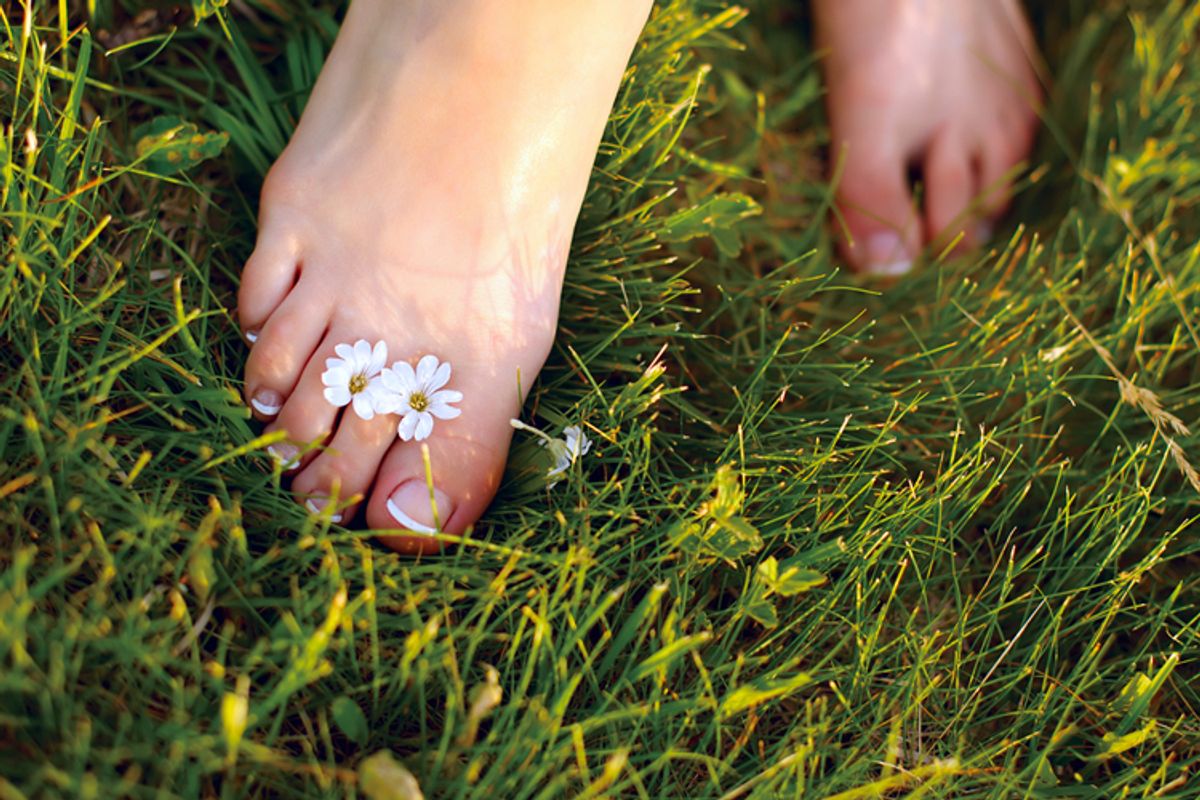 From local organic produce to energy-efficient appliances, progressive Americans are greening their lives one karma-enhancing product at a time -- and sex toys are no exception.

Believe it or not, it wasn't always possible to swing by your well-lit neighborhood sex shop for a rechargeable, toxin-free vibrator. "Prior to the early 2000's, all you could find was [toxin]-laced plastic toys in the seedy back rooms of Times Square-style sex stores," says Stefanie Iris Weiss, author of "Eco-Sex: Go Green Between the Sheets and Make Your Love Life Sustainable." But then high-end companies like Jimmyjane and Lelo started to produce vibes that did away with one-use batteries and dangerous chemicals. The San Francisco-based sex shop Good Vibrations just launched a specialty website for eco-friendly vibrators, which now account for roughly a quarter of its monthly sales. Babeland, a "women-friendly" sex shop started in Seattle with outposts in New York, offers an Eco-Sexy Kit, which comes with a solar-powered mini-vibe, vegan lube and condoms, and an organic massage candle. There are even companies like Kink Junkie (tagline: "a dirty kind of green") providing environmentally friendly fetish gear.

The market for eco-vibes was created by both the mainstreaming of sex toys (dinky, disposable versions are available at even chain stores like 7-11 and CVS) and dawning green awareness. "From individuals' honest attempts to go greener to huge companies greenwashing their mission, this set of issues has the eye of much of the public now," says Carol Queen, a Good Vibes staff sexologist. The especially optimistic, like Weiss, see it as part of "a collective 'waking up' going on everywhere," and even points to Occupy Wall Street movement as an example: "We can't wake up politically but leave our sexuality behind." Weiss' book covers not only sex toys but all areas of our modern romantic lives, including ethically produced chocolates and roses.

Most eco-vibe fans seem motivated by basic environmental concerns, like generating too much trash. "I love rechargeable toys because I don't worry so much about using a lot of batteries that I then have to chuck," says Clare Jacky of Minneapolis' Smitten Kitten, which sells aluminum, steel, glass and even wood toys. "And I kind of perversely love the idea that glass and aluminum toys can go in your recycling." (And so does her garbage man.) The desire to cut down on garbage also means investing in longer-lasting toys: "I think my Jimmyjane toys will be with me for 20 years at least. They are not heading to a landfill any time soon." At close to $150 a pop, they'd better not. Die-hards also look after their carbon footprint -- just as with "locavore" eating, there is a growing "locarotic" movement, says Queen -- and buy toys that come in recyclable packaging.

One of the biggest motivators, though, is basic self-interest. "Just like we now know to avoid BPA in baby bottles, when it comes to sex toys, a wholly different arena, we're getting conscious," says Weiss. Although there is certainly someone out there who gets off on rubbing potentially cancer-causing plastic between her legs, it's a mood killer for most. In 1994, Good Vibrations started questioning the safety of toys with phthalates, but at the time outside sex toy manufacturers "had no idea how to address" the issue, says Queen. "Now this material has been phased out of practically everything."

Despite the growing range and quality of eco-sex-toys, some customers find they fall short on the performance front. Erin, a 35-year-old from Chicago, tells me, "My wife and I got a solar-powered vibrator, because we liked the idea of it. It was a sex life fail. It couldn't hold enough charge to get either of us off. Very disappointing." The price can be another disincentive: Megan, a 25-year-old from Wisconsin, went searching for an eco-vibe due to battery-guilt but says, "We ended up buying something not green for cheaper -- made with things safe for the body, of course, but something cheaper and not necessarily safe for the environment."