All protest posters are not created equal! An expert ranks some of OWS's most powerful visual statements to date 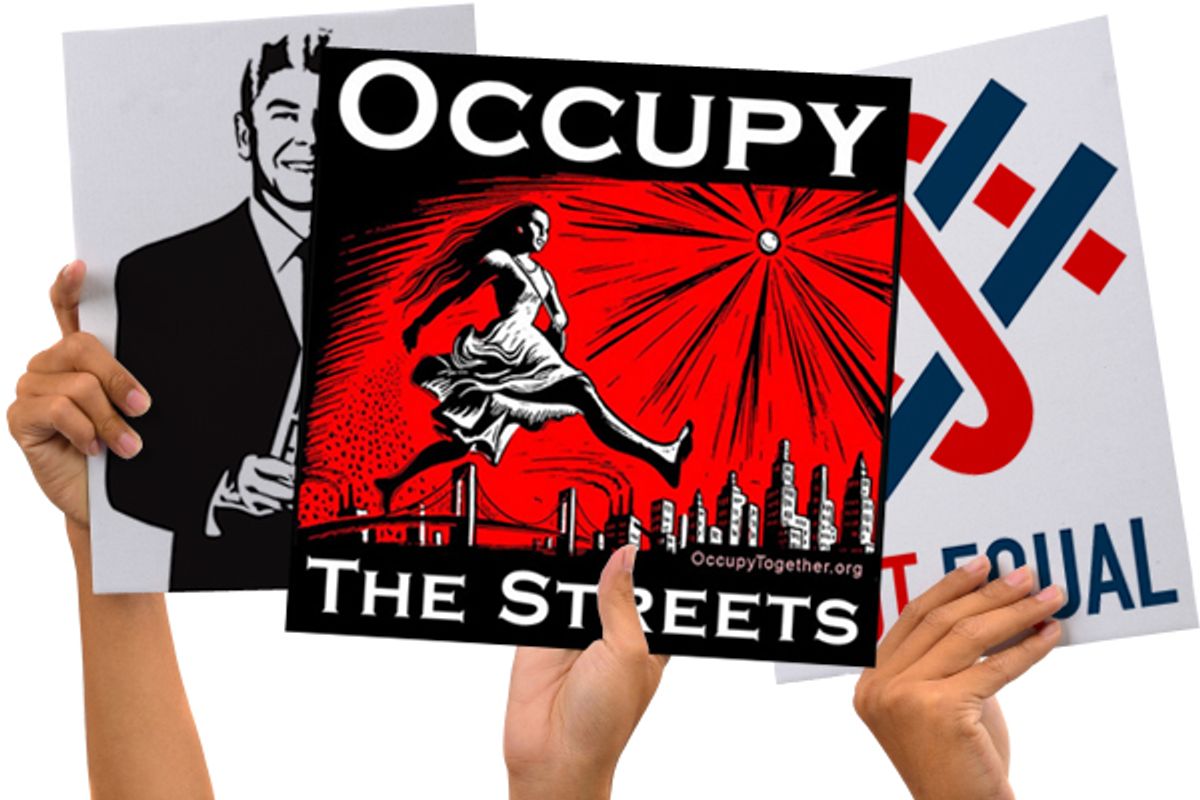 Occupy Wall Street may lack a figurehead and a single, concrete set of demands. It is not, however, impoverished in the art department. Over the past several weeks, numerous protest posters -- with slogans as diverse as the grievances of the protesters themselves -- have proliferated on the streets of lower Manhattan (and online).

We chose 15 of the most intriguing images and asked Dan Bischoff -- art critic for the Newark Star-Ledger, the former national political editor for the Village Voice and a blogger for the Nation -- to rank them for us. In his eyes, the best posters engaged directly with the forces that make this movement different from its predecessors (for instance, the particular impact of female protesters and the power of computers as organizational tools).

Click through the slide show that follows to see which posters Bischoff thought were most effective -- and which he called "clunkers." Bischoff's thoughts on the individual images are included in the accompanying captions.