The strange case of the missing recession

Where did the summer slump go? The bond market is still predicting doom, but consumers are charging ahead 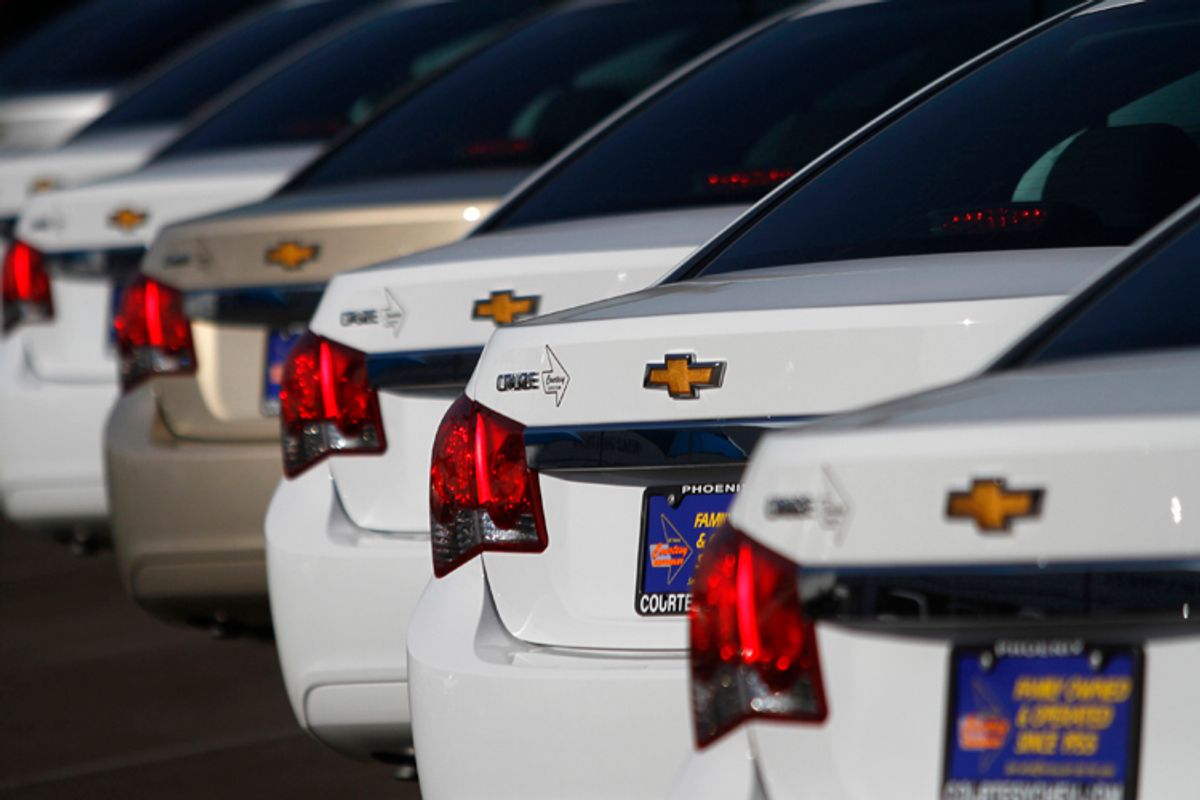 A technical analysis of bond market trends, reports Bloomberg, forecasts a 60 percent likelihood that the U.S. economy will sink back into recession, and consumer sentiment, according to the influential Thomson Reuters/University of Michigan index, is continuing to sour. But the deeper we get into October, the better the data we are seeing about what's actually happening in the economy right now.

Encouraging signs have been accumulating for two weeks, but Friday's unexpectedly strong report on September's retail sales is perhaps the biggest news yet. Sales rose 1.1 percent compared to August, and are 8 percent higher than a year ago. The numbers for August and July were both revised up. That's a very good showing, a sign that consumers are shaking off the trepidation that kept their wallets sealed earlier this year.

The best auto sales since April and the best overall retail sales since February are not the kinds of numbers that tend to prefigure a recession. It's not coincidence that the Dow is finishing up its best week since April.

It's always wise to temper one's optimism when one of the best arguments for why an imminent recession is unlikely is that major sectors of the U.S. economy -- like housing -- are already so depressed that it's hard to imagine them getting significantly worse. It's also possible, as Kelly Evans suggests at the Wall Street Journal, that the U.S. economy has entered an atypical zigzag mode marked more by volatility than any sustainable trend. And doomsayers still abound, for good reason. China's economy looks a little suspect, Europe is still teetering on the brink, and the U.S. government seems much more likely to encourage contraction by cutting spending than to try to help move things forward.

But it is now beyond doubt that the summer slump is over, for the moment. And that makes the next few months very interesting. With a year to go until Election Day, there's not much time left for American perceptions of the economy to change. For the White House, it's pretty much now or never.