A video essay unpacks exactly what the "Breaking Bad" protagonist did, and identifies his accomplices 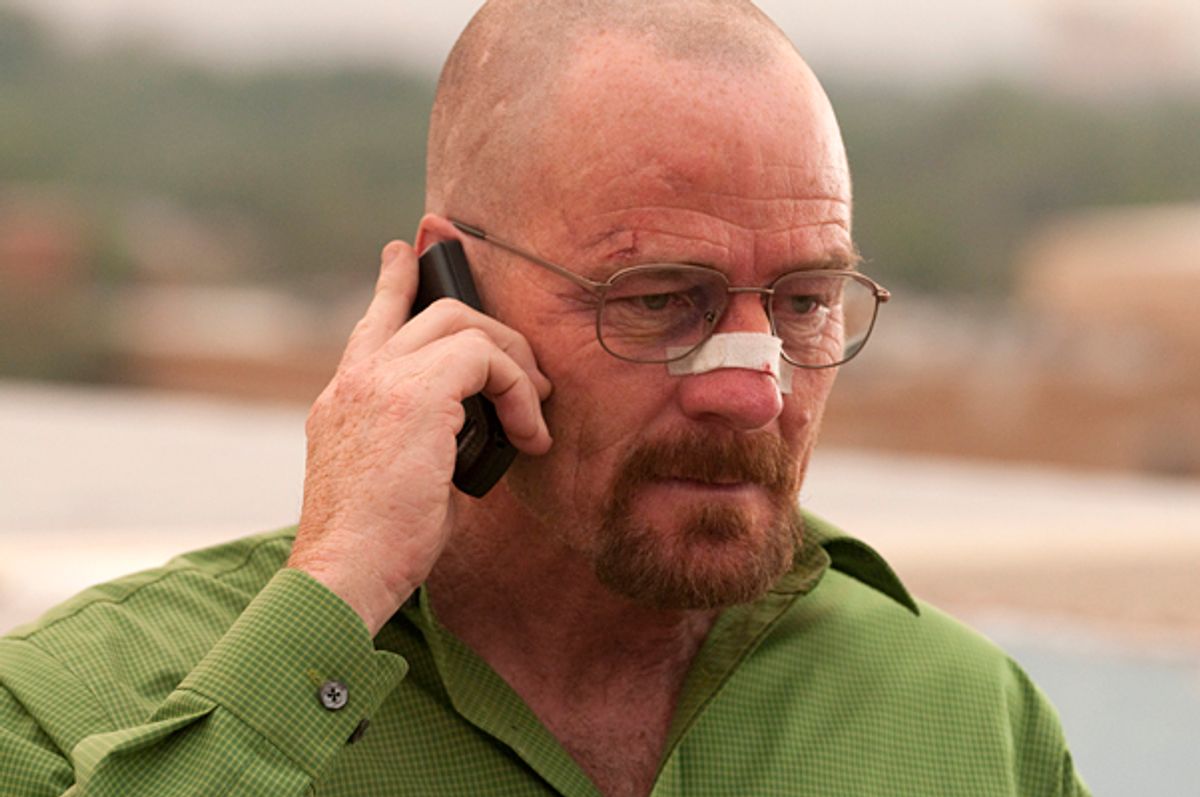 This piece contains spoilers for season four of AMC's "Breaking Bad." Read at your own risk.

If you're in any way confused about exactly how "Breaking Bad" maneuvered its characters into their final positions by the end of Season 4 -- and protagonist Walter White's role in a diabolically complex scheme that ended with several deaths -- you'll appreciate this video essay, which was brought to my attention by the excellent online film magazine Sound on Sight.  It was edited by YouTube user jcham979; as the site's editor Ricky D notes in his preface, the video "accurately predicted the season’s outcome days in advance of the finale’s air date."  My own recap of the finale is here.

Among other things, the video charts Walter's shifting emotional state during the season, eliminates any concern viewers might have about character inconsistency, explains what happened with Jesse's cigarette pack, and pinpoints what is very likely the exact moment when Walter decided to poison Brock, the son of Jesse's girlfriend Andrea, with leaves or berries taken from a lily of the valley plant in his backyard. Take a look, then join me in the Letters section for a discussion of the plausibility of the filmmaker's theory. What do you think? Case closed? Or still open?