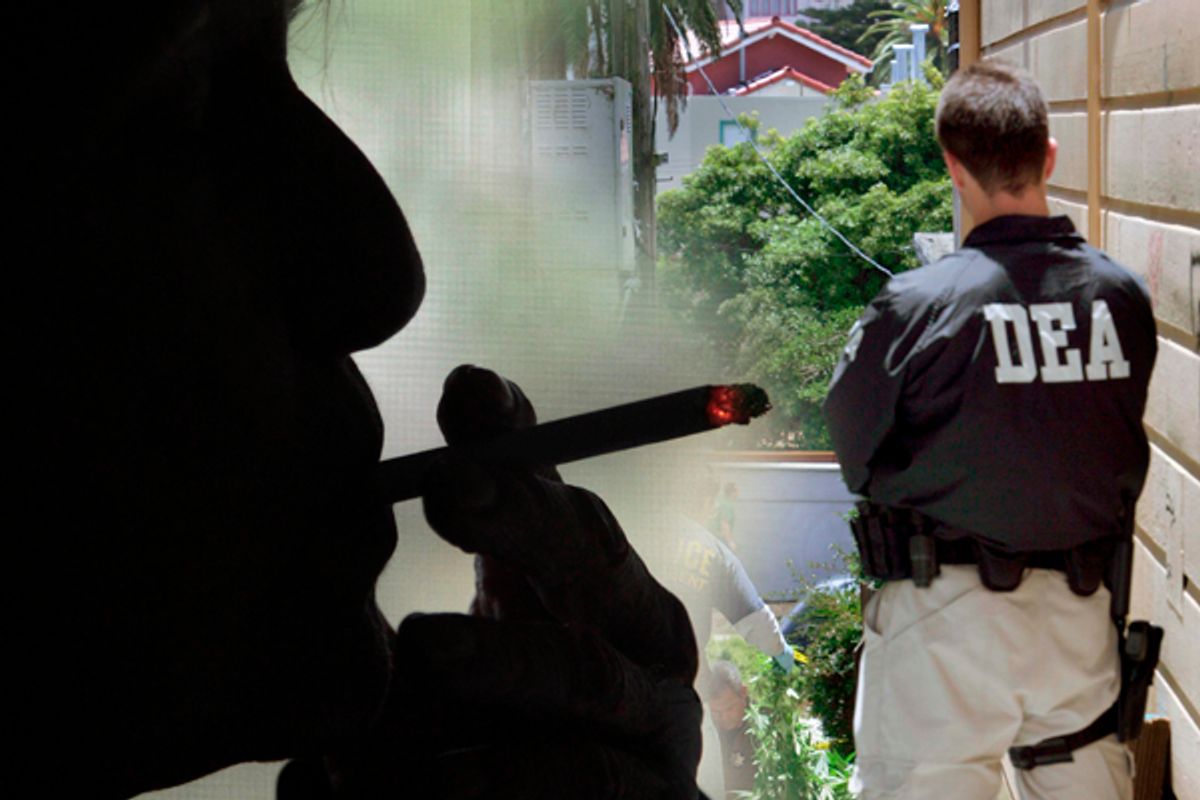 Back in July, I interviewed a drug policy expert about an apparent change in Justice Department policy that suggested a crackdown on medical marijuana -- which is legal in many states but illegal under federal law -- might be coming.

Now, with the announcement last week by California's four U.S. attorneys that pot dispensaries will be targeted with harsh criminal sanctions, the shift feared by drug policy reform advocates appears to have come to pass. The rhetoric from candidate Barack Obama about not prioritizing medical marijuana cases now seems a distant memory.

To learn more about what's happening in California, I spoke to Bob Egelko, a veteran reporter who covers courts for the San Francisco Chronicle and has been following the story.

Starting with the basics, what is the medical marijuana law in California and what does it allow for?

In 1996 the voters approved Proposition 215. It allows people to receive marijuana for medical purposes with their doctor's approval -- not prescription, but recommendation. It also allows them to grow it themselves or get it from a caregiver without being prosecuted under state law. It was the first law like that in the country, and there are now laws somewhat similar to it in 15 other states plus the District of Columbia.

Before this week, what has the federal response been to medical marijuana use in California?

There was opposition even before Proposition 215 passed. The Clinton administration made it clear that it opposed Prop. 215 and moved almost immediately to try, first of all, to punish doctors who recommended marijuana to their patients by removing their federal prescription licenses. That was rejected in court. The administration also moved to shut down some dispensaries for violating federal law. That reached the Supreme Court, which agreed with the administration and allowed closure of an Oakland marijuana collective. So the federal government has been pretty much hostile to the California law from the beginning, with the possible exception of the initial year or so of the Obama administration.

How big is the industry in the state?

It's a very good-sized industry. A conservative estimate of its size is $1.5 billion per year. There are more than 1,000 dispensaries. There was a recent account suggesting that 400,000 Californians may be using medical marijuana. Of course there's not always rigorous screening as to which use is medical and which is not. That depends on how rigorous doctors are.

So bring us up to the present -- where has the Justice Department been on this?

In October 2009 the Obama DOJ announced it would not devote prosecutorial resources to people who were complying with their state's medical marijuana laws, in California and elsewhere. This was very much in keeping with what Senator Obama said during the presidential campaign: that basically states could go their own way and he was not interested in interfering with them carrying out their own policies. This past June, the Justice Department issued a memorandum saying in effect, "We don't want to be misunderstood here. What we really meant was, we're not going to target individual patients and their caregivers. But we certainly are not going to let commercial dispensaries off the hook." That was in keeping with what they have been doing: a lot of raids, continuing prosecutions of people who had been charged under the Bush policies, pressing for long sentences, and so on.

This past week, all four U.S. attorneys in California held a press conference in Sacramento to announce they would be going after dispensaries, which they regard as commercial entities. They said these entities were hiding profit-making machines under the cover of providing medical marijuana. The prosecutors said these dispensaries would be subject to civil and criminal forfeiture actions. Each of them announced that they had already notified landlords of various dispensaries that if they didn't close them down the landlords themselves could be subject to prosecution.

Have there been other concrete steps taken yet?

Several of the prosecutors named charges they had brought against large-scale operators, with hundreds of pounds of marijuana confiscated. There have been warning letters sent out. Fewer of those have gone out in the San Francisco Bay Area, where the U.S. attorney says she is focusing on dispensaries that are near parks and schools and the like.

This is not the only action the federal government has taken. A couple of dispensaries have been hit with very large tax-enforcement actions recently. The IRS has said they will not be allowed to deduct business expenses or payroll, which essentially would bankrupt the dispensaries. There is a combination of anxiety and anger in the medical marijuana community.

The prosecutors made a lot of the distinction between for-profit and nonprofit dispensaries. Why does that matter?

When Jerry Brown, now the governor, was attorney general, he issued guidelines in 2008 that said only not-for-profit dispensaries could operate legally. Of course there is always a question of what is and is not for-profit. It doesn't seem to be in dispute that most of these dispensaries have been operating with either the tacit approval or the formal blessing of the state and local government. A lot of them have permits, or the local police or district attorney haven't gone after them.

I know the Justice Department has said this is not a change in policy. But is there a clear sense of why the DOJ is cracking down at this particular moment?

There's a lot of speculation about election-year politics. But there's always been a certain amount of tension between the U.S. attorneys and Main Justice. Even when policies are announced in Washington, they have to be implemented by these semi-autonomous U.S. attorneys, whose policies vary. Many of them don't take too kindly to the notion that they're to ignore violations of federal drug law just because the state sanctions it. There may be internal Justice Department politics at work. It could be that strategies change over time. No matter what the Justice Department says, this is certainly a change in philosophy. Previously they were talking about cutting the states a lot of slack. They're not talking about that now.