Cambodian rhythms and California cool add up to a trippy, irrepressible sound for these cultural ambassadors 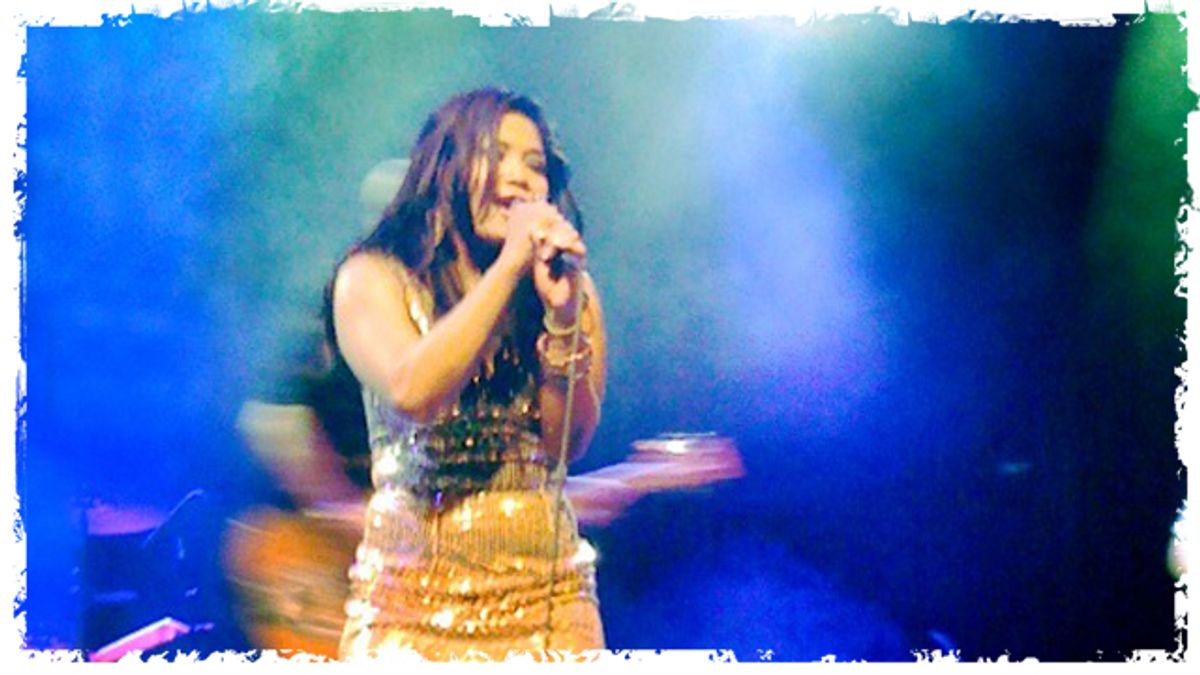 Ready for something different? How about a band from Los Angeles that blends Cambodian music and California rock and roll? It's called Dengue Fever and it has a fervent following among hipsters and Cambodian immigrants. At Sound Tracks, we can’t get enough of them either. Whether it’s lead singer Chhom Nimol’s haunting voice, the “Twin Peaks” atmospherics, or the band’s dreamy mix of surf guitar, smoking saxophone and psychedelia, Dengue Fever is unique and unforgettable.

Band members are ironic enough to have named themselves after a mosquito-born disease and funny enough to recall groups like the B-52s. But they also have a mission: to resurrect Cambodian music crushed by the Khmer Rouge and reinvent it for the 21st century. They’re cultural ambassadors with a trippy, edgy sound and a new album, “Cannibal Courtship.”

On stage at the Fillmore in San Francisco, Dengue Fever recreates the atmosphere of a Phnom Penh nightclub in the '60s. There’s a bouncy, innocent excitement to this song, “A Go Go.” A song the band obviously loves to perform. Reminds us of Smokey Robinson and the Miracles’ 1965 hit, “Going to a Go-Go,” with a wonderful Cambodian twist.

“Uku” expresses an immigrant’s longing for a world left behind. It casts a spell of nostalgia and regret. “The windy season makes me think of my village, “ sings Chhom Nimol. “I think of the old people, young people, aunts and uncles. We used to run and play, hide and seek. But now we are far apart. Far apart.”

That’s David Ralicke on flute and Senon Williams, the exceptionally tall gentleman, on bass. All in an artful if cramped hallway at Amoeba Music in San Francisco’s Haight-Ashbury, which has got to be one of the best CD and vinyl record stores in the world.

Another song performed by Dengue Fever for “Quick Hits” in a back hallway at Amoeba Music, “Gendjer Genjer” is about Indonesia, not Cambodia. According to guitarist Zac Holtzman (who formed the band with his brother, Ethan, the keyboardist), the song was originally written during the Japanese occupation of Indonesia during World World II when food was so scarce that people resorted to eating Gendjer, a weed that grew in rice fields.

The song resurfaced in the 1960s in Indonesia when there was a violent military coup and government crackdown on communists and ordinary citizens – a period of political turmoil dramatized in the movie “The Year of Living Dangerously.” “Anyone caught listening to or singing ‘Gendjer Gendjer’ was considered an enemy of the government,” says Zac.

Zac Holtzman – he’s the one with the epic beard – and Chhom Nimol are a memorable pair, to say the least. By all appearances, an odd couple. But after years of singing and touring together in their distinctive, tight-knit Dengue Fever band, they are clearly relaxed and comfortable in each other’s company. Especially backstage at the Fillmore in San Francisco, where Sound Tracks reporter Mirissa Neff spoke with them after an ecstatic show they almost missed.