The Morgan Library's rarely exhibited collection was the offspring of a love affair, its curator tells Salon 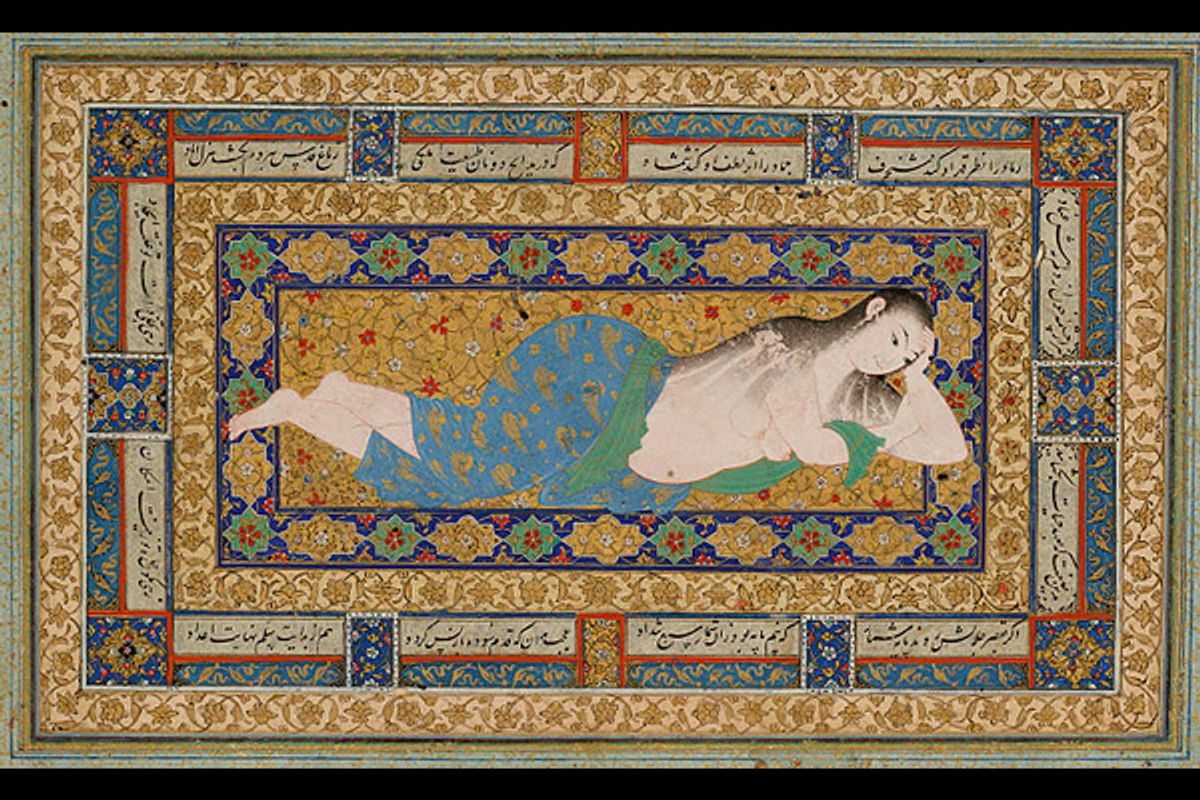 Those who have visited it know that the resplendent New York library of financier J. Pierpont Morgan is less a museum than a walkable trove of artistic and cultural riches. Among those riches is a valuable collection of Islamic manuscript paintings, which has never been exhibited in its entirety -- until now.

Over the phone, curator William Voelkle told me a little about the collection -- which includes an important edition of Ibn Bakhtishu’s “Uses of Animals,” and one of only two known illustrated lives of the poet Rumi -- and its history, rooted in a love affair between Morgan's "rather attractive librarian," Belle da Costa Green, and the art historian Bernard Berenson.

An edited and condensed transcript of our conversation is below; see the slide show that follows for a sampling of the exhibition's art.

Roughly when, and under what circumstances, did most of these manuscripts come to the Morgan?

Actually, in a funny kind of way, the collection was the offspring of a love affair. Belle da Costa Green was [Pierpont] Morgan's rather attractive librarian; in November of 1908, Bernard Berenson, the famous art historian of the Italian Renaissance, came to the library -- and it was love at first sight. About two years later, they went off together to the great exhibition that was being held in Munich in 1910. This was one of those great blockbuster shows on Islamic art. And after having fallen in love with each other, they fell in love with Islamic manuscripts. Interestingly, Berenson, between 1910 and 1913, actually developed a small collection of these things; in a letter, Belle da Costa Green also said that she should like to collect in this area for herself. And she did.

At the exhibition in 1910, they saw two magnificent portfolios of album leaves [individual pages from separate works, drawn together by collectors]. These had been lent by Sir Charles Hercules Read, who was working at the British Museum -- he was the keeper of anthropology and antiquities. Belle da Costa Green wrote to him; she said that she had seen his beautiful leaves, and that she thought they were the best things in the show, and should he decide to sell them, would he be so kind as to give Morgan the first refusal? He did -- and so Morgan bought the Persian album and the Mughal album from Charles Hercules Read, and those are of course two of the things that are featured in the exhibition. So it was through Belle da Costa Green, really, that Morgan was "turned on" to Islamic manuscripts.

The core of our collection was purchased by Morgan between 1910 and 1913. When Morgan died, in March of 1913, Belle da Costa Green wrote a letter to Berenson, and said, "Isn't it a pity that, just as I got my Mr. Morgan interested in collecting these things, he died?" And the second group of manuscripts that we received of Islamic nature were indeed those that were bequeathed to us by Belle da Costa Green when she died, in 1950. These are the two big clusters of these materials in the collection.

It's certainly true that after Morgan's death, this was not a priority in terms of a collecting area; though we did buy one or two things, it was certainly not built up in the way the Western medieval manuscript collection was built up. But that's why we have those things: [because of] Belle da Costa Green -- and the fact that she saw this great exhibition.

Is this the first time they have all been exhibited?

One reason why we never did a big exhibition in the past was that we didn't really have an up-to-date scholarly catalogue of the collection. It was only really in 1997 that ... the first comprehensive catalogue of the Islamic and Indian manuscripts and miniatures [was made]. So having that catalogue -- having up-to-date information -- one could finally think about doing an exhibition.

Can we talk a little about the manuscripts themselves? I'm particularly interested in Ibn Bakhtishu's "Uses of Animals" [slide 4].

Yes. This is actually, I think, in many ways, the most important single item [in the collection] -- and there are several reasons for this. The first is chronological, because it comes at the end of the 13th century, and you don't really have a lot of illustrated or illuminated manuscripts before the 13th century. What you do have, before that -- and we have these here also -- are Qurans. You know, the earliest Qurans are really from the very end of the seventh century -- and then you have Qurans in the eighth, ninth, 10th, and all the way through. The early ones, and these are represented here, are on vellum, like [contemporary] Western manuscripts.

We have Qurans represented that were made over 1,000 years -- from the ninth to the 19th centuries. We don't have some of the very earliest ones, but those tended to be very beautiful because of the calligraphy; they were not illustrated. The very first revelation that came down to Mohammed was the one that speaks about how we were all made from coagulated blood -- but in the same [chapter], which is number 96, it also says that man was trained in the use of the pen, and writing. So that's right in the Quran. It was the act of writing out the Quran that was very important. And of course that has its parallels also in Western tradition -- sacred scripture.

There were people who felt that you should not write, let's say, the Gospels, in gold on purple vellum, because that wasn't the point -- it was really the words and the message. But in even the West, there were those who took a different point of view: that one way of showing the importance of scripture was to write it using the costliest materials, and with the most beautiful calligraphic writing style, and so forth. This idea also manifested itself, of course, in the Quran -- the concept that while you didn't have pictures, you had very elegant scripts.... The format of the Quran eventually changed from vellum to paper, and then you started to get the Qurans in the upright, vertical shape.

So the earliest materials that we do have [in the collection] are from the ninth century, and these are the Qurans. Getting back to your question about the "Uses of Animals," the earliest illustrated manuscript in the collection is this one, which one might call a work of natural history. It was made in Maragha, in Persia, which was the center of learning (already in the 14th century they had an observatory -- so astronomy and science were very important). This manuscript was made in that place, and it tries to be a natural history of animals, in that it describes the habits of animals, and also their medicinal derivatives -- what the animals' parts could be used for, for healing ailments, illnesses and so forth. That's one part of it.

But the illustrations are another -- and the most exciting -- part of it for me, because this particular translation was ordered by [the Mongols], when they conquered this part of the country. They brought with them Chinese pictorial styles, and this is one of the earliest examples that shows the influence of the Far East pictorially.

If you want a comparison with the West around that time, of course we have the medieval European bestiaries and books of beasts -- but those animals were not observed as they existed in nature; they were abstract, funny-looking creatures. [It's remarkable] that, at the same time that those were being done in the West, in Maragha you have artists showing these animals in a very realistic style. (For instance, in one of our 12th-century English bestiaries, the elephant is painted pink; in the ["Uses of Animals"], the elephant is gray, and you get a sense of the thickness of the skin and all this kind of thing. So they are really very naturalistic. And this I think was a consequence of the Mongol invasion too.)

[Finally,] do you see the gold, jagged clouds [on the page with the mountain rams]? That all comes from the Mongol influence. And then those multicolored rocks that the rams are standing on, those are all part of the pictorial vocabulary that arrived as a result of the Mongol invasion. So this manuscript really stands, you might say, at the very beginning century of Islamic book production.

"Treasures of Islamic Manuscript Painting From the Morgan" will be on view at the Morgan Library and Museum from Oct. 21 to Jan. 29, 2012.