Forget the fantasy of porn-free youth

The U.K. pursues the unrealistic aim of keeping X-rated material from minors 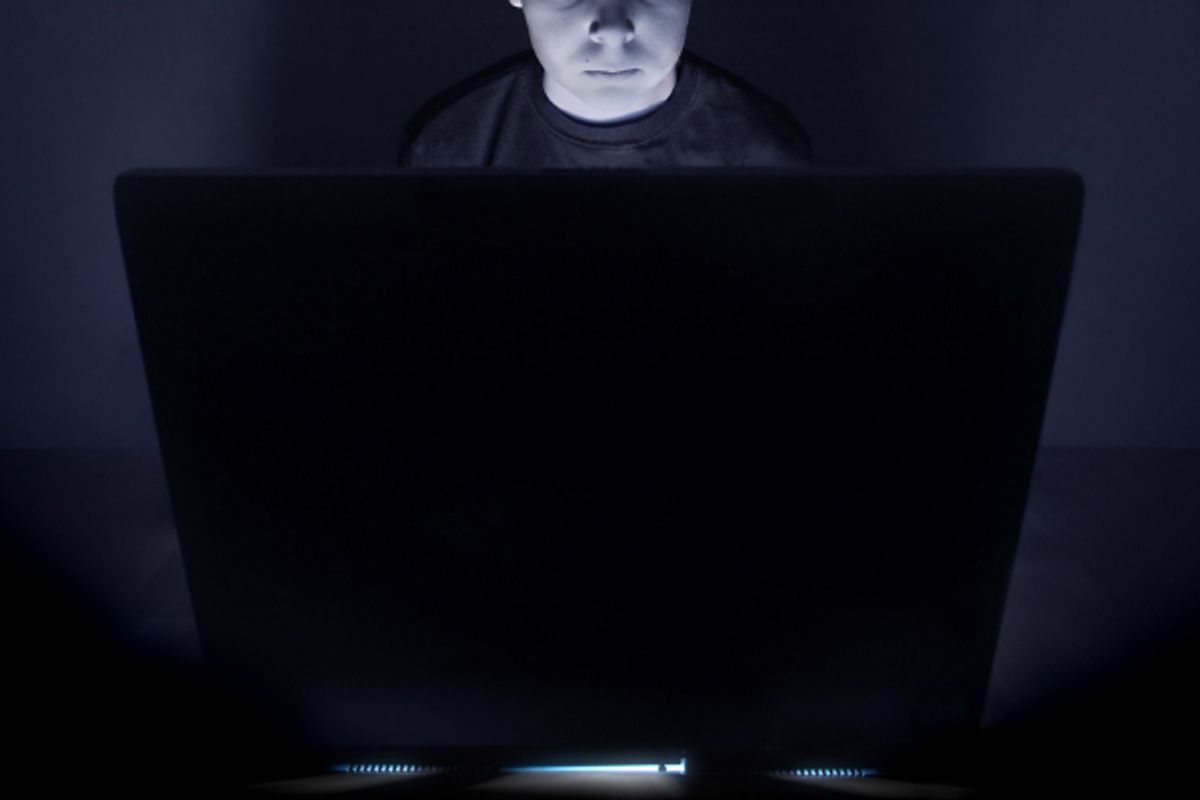 The U.S. has tried to do so, first with the Communications Decency Act and then the Child Online Protect Act, both of which were deemed unconstitutional by the Supreme Court. In 2000, Congress introduced the Children's Internet Protection Act (CIPA), which requires libraries and grade schools to use filtering software on computers in order to receive federal funding, and it made the constitutional cut (although debates over the measure, and the questions it leaves unanswered, continue more than a decade later).

So, in the U.S., if a minor has access to the Internet at home, at a friend's house or on their smartphone, the only thing standing in their way is the gateway question found on most free X-rated sites: "Are you 18 years of age or older?" Kids with no qualms about clicking "yes" will have access to everything from tasteful nudes to the infamous "2 Girls 1 Cup." Of course, parents can institute filtering software, but tech-savvy kids can crack most programs, and there will always be friends with unmonitored Internet access. (Not to mention avenues other than porn sites. There's this thing -- perhaps you’ve heard of it? -- called "sexting.")

This is why the U.K. took things further and went to ISPs for a higher level of filtering -- but the same old issues remain. Parents can ask ISPs to block access to adult sites, but they can't control what the parents of their child's friends do. Some adult sites will inevitably fall through the cracks, and on the other hand, legitimately educational sites will be inappropriately blocked; it also remains unclear how the ISPs will define what is and is not pornographic material. Then there are the crucial privacy issues raised by this plan and, as ZDNet's Violet Blue pointed out, "a frightening lack of technical and peer scrutiny of the mechanisms being employed."

There are major differences between trying to protect children from unwittingly stumbling across online porn, discouraging youngsters from searching for adult material, and most impossibly, attempting to make it so that minors can't access it even when they desperately want to. Filtering software makes absolute sense for certain age groups -- you don't want 9-year-old Sally to find a pirated clip of "Who's Nailin' Paylin?" while researching a report on female politicians. But when Sally reaches a certain age and sex becomes intriguing, she might very well be motivated enough to circumnavigate the outdated program you've installed on the home computer, or go over to a friend's house, or simply whip out her iPhone. These days, where there's a pornographic will, there's a way.

I started receiving parental warnings when I was 13 about the awful things that one might accidentally stumble across online. I remember my mom telling me there were videos floating around out there of sex crimes and other things that one would wish to un-see. (I'm fairly certain that at that time she hadn't actually done much Internet surfing, if at all, let alone spent time investigating the sexual content on the Web.) I was spooked by the abstract possibility of seeing something traumatizing, but it certainly didn't stop me from scouring the Web for any sexual anything that I could find -- and I found a lot of it. Some of it was, shall we say, not positively educational and raised more questions than it answered, but there was no keeping it from me. Luckily, the Web wasn't my only source for information about sex.

It just so happens that it's "Let's Talk Month," which was thought up by activists to get parents to talk to their kids about sex. It isn't just about going over the basics of where babies come from and how to prevent having them until you're ready to be a parent. It means also having conversations with teenagers that will help them to make sense of all the sexual information they're bound to come across. It means starting a dialogue that counters not only the Internet-porn narrative but also the constant flow of equally disturbing commercialized sexual messages. Having not just "the talk" but many talks is much scarier than chasing after the fantasy of a porn-free young adulthood -- but the latter is just a mirage.