From kosher cuts in NYC to French dips in L.A., the best places to sate your craving for our nation\'s favorite food 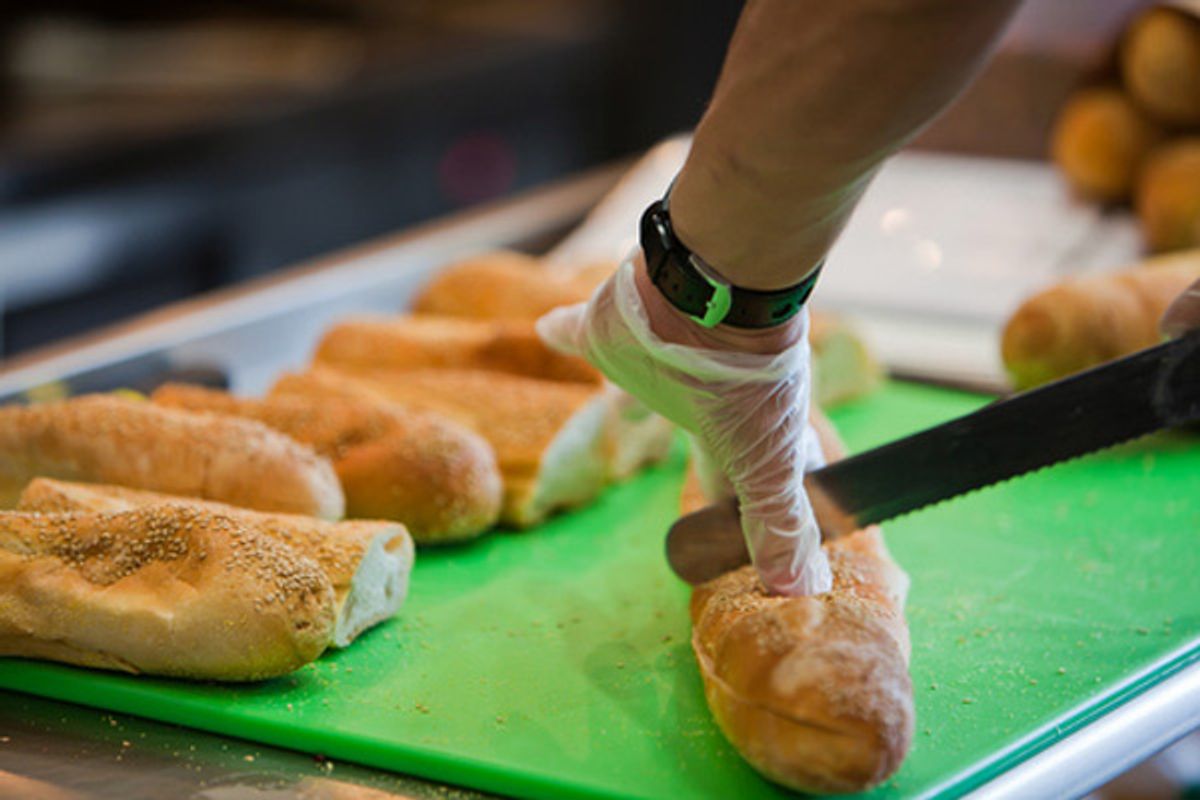 A note about Trazzler's slideshows: We don't do top-tens or best-of lists. Nor are we so morbid or presumptuous as to tell you where you must go before you die. The world is far too big and fascinating to encapsulate in any kind of definitive list. We simply chose the places that our writers have contributed that make us think, laugh and dream about our next adventure. Are we missing a place that you love? Visit us at trazzler.com and click "write a trip" to add it.

So many are fond of misguided generalizations, calling America a Christian nation, a zombie nation, a TV nation ... but it was chef and food writer James Beard who hit the nail on the head: America is a sandwich nation.

Sandwiches are the food of the people -- cheap, nutritious, easy to assemble in large quantities -- what better vehicle for delivering the flavors of a regionally and ethnically diverse nation to people on the move?

The only thing aristocratic about sandwiches is the name -- borrowed from John Montagu, the fourth Earl of Sandwich, a rather unenlightened Enlightenment-era figure who most certainly did not pioneer the concept of placing delectable morsels between two pieces of bread. He may, however, have had a penchant for snacking combined with an aversion to getting his fingers dirty -- and he did play some part in making sandwiches trendy for the first time.

It was during the industrial revolution that the sandwich took off as a portable and easy-to-eat meal for workers. In America, wave after wave of new arrivals reinterpreted the form. Thanks to them, today there are sandwiches that add up to far more than the sum of their parts. A symbol of local identity and heritage, the most beloved among them inspire loyalty, passion and a cultlike following.

Sandwiches matter. When election season rolls around, candidates invariably hit sandwich shops across the country looking to buff up their populist cred, while being careful to avoid missteps like John Kerry's devastating 2004 "Swiss cheese incident" at the temple of cheesesteaks, Pat's in Philadelphia (food critic Craig LaBan predicted that requesting the wrong cheese would "doom his candidacy" in Philly -- quite the exaggeration, but the story of his cultural faux pas did spread like wildfire).

Attention fanatics: As the member of a clan of sandwich obsessives, I am well aware that putting together a slideshow like this is a treacherous endeavor. More than a "best of," this list is an exploration of the beauty of the sandwich -- a mere point of departure. (I left off hot dogs, didn't venture outside of the U.S., choose only one hamburger, and one barbecue joint -- each is more than worthy of a slideshow of its own.) Let's talk about the sandwiches we love in the comments (we'll add them to our new Trazzler iPhone app so we find local writers to cover these local institutions). You can find many more sandwiches on Trazzler.