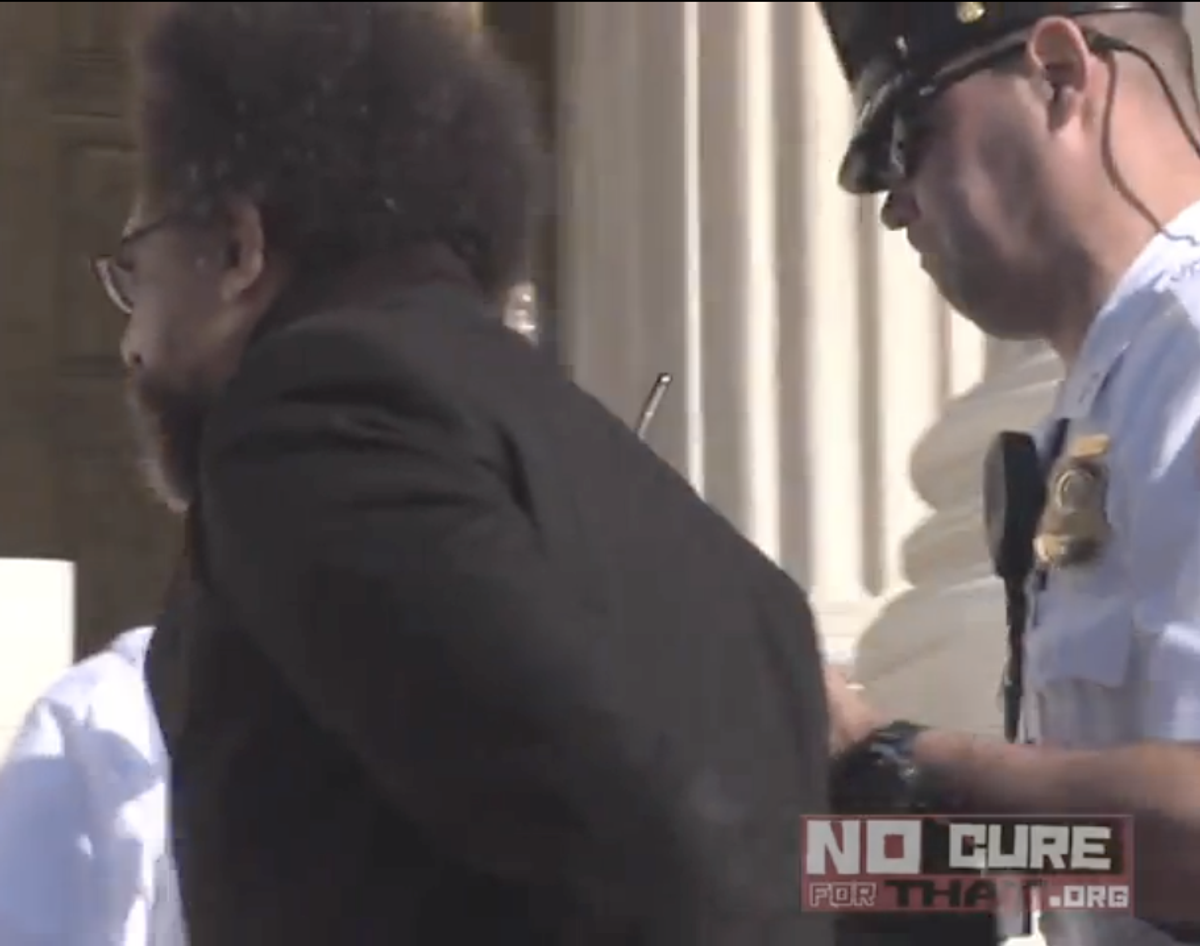 Civil rights activist Cornel West was arrested in the nation's capital yesterday during a protest against the influence of corporate money on Washington politics. After attending the dedication of the Martin Luther King Jr. Memorial, West led a group of protesters to the Supreme Court for an impromptu sit-in demonstration against the Citizens United decision.

In a speech immediately prior at Washington's Freedom Plaza, the Princeton professor hinted that he was expecting to be taken into custody before the day was out:

[West] jokingly said he has come today to Freedom Plaza and to Washington DC, because he finally wanted to get arrested in DC to make the sacrifice Martin Luther King was expecting from him in the fight for justice and freedom.

In the video below -- in which West was interviewed by NoCureForThat.org -- Capitol police are shown cuffing West and escorting him inside the court building. (The arrest footage begins at around the 2-minute mark.)