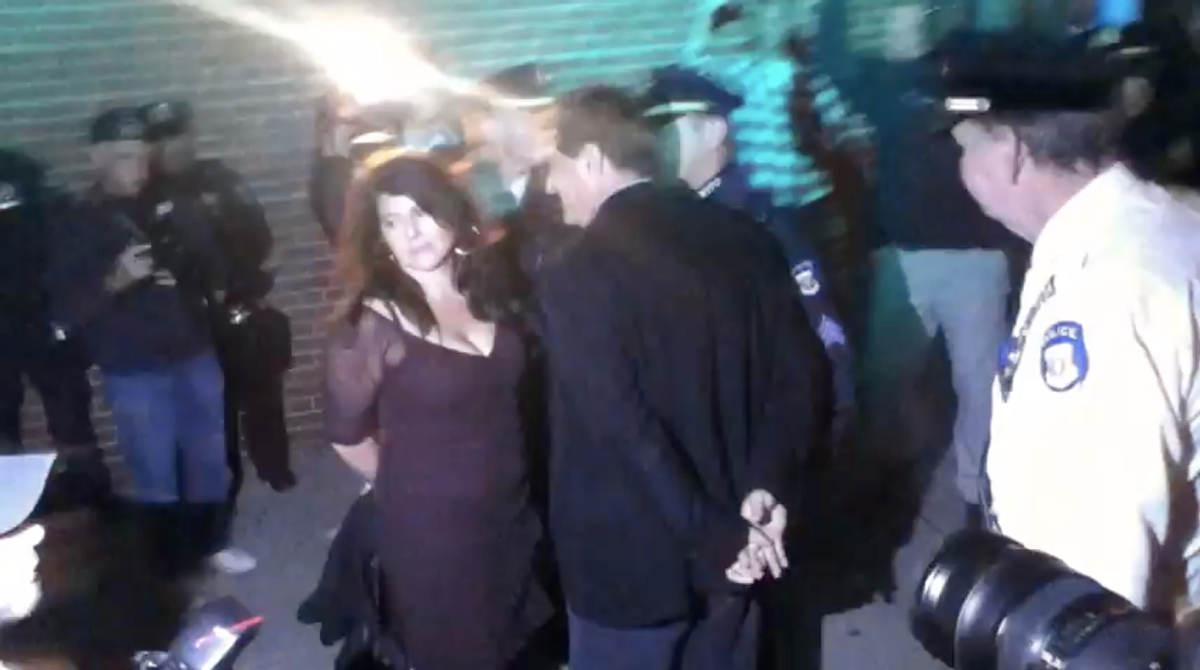 NEW YORK (AP) — Feminist author Naomi Wolf has been taken into custody by police at an anti-corporate greed protest outside an award ceremony held to honor New York's governor.

Wolf and a companion were handcuffed outside Skylight Studios in Manhattan where Gov. Andrew Cuomo was to accept the "Game Changer of the Year Award" from The Huffington Post.

She was detained after ignoring police warnings to stay off the street in front of the building where the awards ceremony was being held and where a crowd of about 50 Occupy Wall Street protesters were rallying.

Charges Wolf might face were unclear. Most people detained during the protests have been arrested on misdemeanors.

Wolf is a political activist and author of the best-selling book "The Beauty Myth." She also blogs for The Huffington Post.