We pick out the most memorable, hilarious, ignorant moments of the "Suicide of a Superpower" audiobook 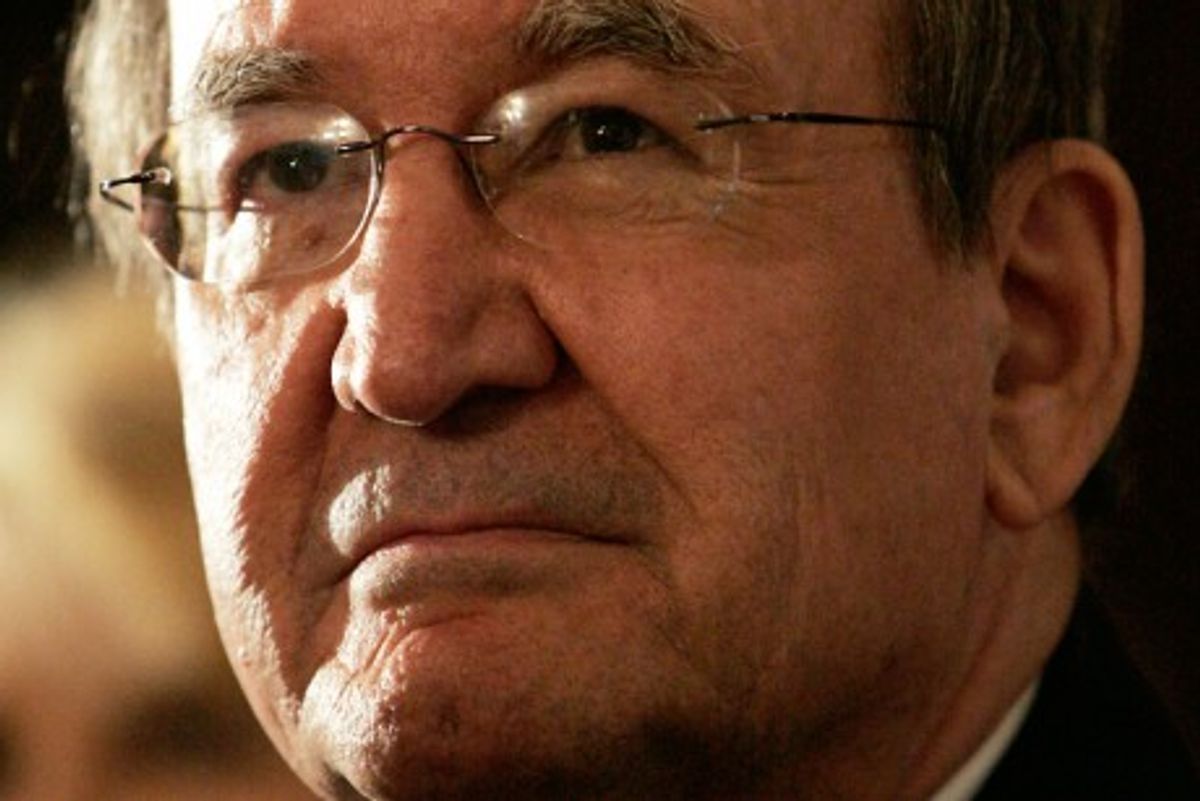 We've sifted through Pat Buchanan's new book, "Suicide of a Superpower," so you don't have to. Here are some highlights:

"Our nation is disintegrating"

Buchanan sets the tone for the rest of his book early on, declaring that the state of the union is very poor, indeed.

Key passage: "Our nation is disintegrating, ethnically, culturally, morally, politically. Not only do we not love one another, as Christ’s teaching commands, we seem to detest each other in ways as deep as Southerners detested a mercantile North and Northerners detested an agrarian slaveholding South."

What does Joe Wilson's outburst during a joint session of Congress in 2009 (the "You lie!" incident) have to do with Kanye West and Taylor Swift? It apparently has something to do with racism, though we're still not entirely clear on the connection. Mr. Buchanan helps us out.

Key passage: "[The] same week [as the Joe Wilson outburst] ... Kanye West stomped onto the stage at the MTV Music Video Awards to grab the microphone from country music singer Taylor Swift and tell her she did not deserve her best female video award for “You Belong with Me.” And that the award should have gone to Beyoncé."

"The occult is making a comeback"

If you were waiting for Buchanan to launch into a screed against young adult fiction such "Harry Potter" and the "Twilight" novels -- depicting their rise to prominence as a sign of the end-times -- wait no longer, because here it is. (Added bonus: Shots at "New Age, Wicca, Santería [and] Scientology."

Key passage: "Yet, the self, too, has become a deity, for, more than anything else today, individualism, hedonism, and materialism move Western man."

Here Buchanan rails against recent gains made by the LGBT community -- in particular, the broadening acceptance, and legalization, of gay marriage; as well as the repeal of Don't Ask, Don't Tell.

Key passage: "Indoctrination of recruits, soldiers, and ofﬁcers into an acceptance of the gay lifestyle will transfer authority over the military, the most respected institution in America, to agents of a deeply resented and widely detested managerial state."

Buchanan rolls through all his greatest hits here -- touching on the decline of Christian values in America, the threat of multiculturalism, the war on Christmas, the so-called Ground-Zero mosque, "secular elites," the "silent majority," and, generally speaking, godlessness and salaciousness of all shapes and sizes.

Key passage:"[Our leaders] have dethroned our God, purged our cradle faith from public life, and repudiated the Judeo-Christian moral code by which previous generations sought to live."

Buchanan outlines his legislative proposals for reining in illegal immigration -- and declares their passage to be "a matter of national survival."

Key passage: "The erroneous interpretation of the Fourteenth Amendment that any child born to an illegal alien is automatically a U.S. citizen should be corrected by Congress via a provision attached to the law that it is not subject to review by any federal court, including or the U.S. Supreme Court."

In his concluding paragraph, Buchanan synthesizes all the arguments made through the 428 pages of "Suicide of a Superpower," and condenses them into one overarching thesis: America is doomed, unless you listen to Pat Buchanan.

Key passage: The crises that afﬂict us— culture wars, race division, record deﬁcits, unpayable debt, waves of immigration, legal and illegal, of peoples never before assimilated, gridlock in the capital, and possible defeat in war — may prove too much for our democracy to cope with. They surely will, if we do not act now.