OWS could feature in upcoming TV shows and movies 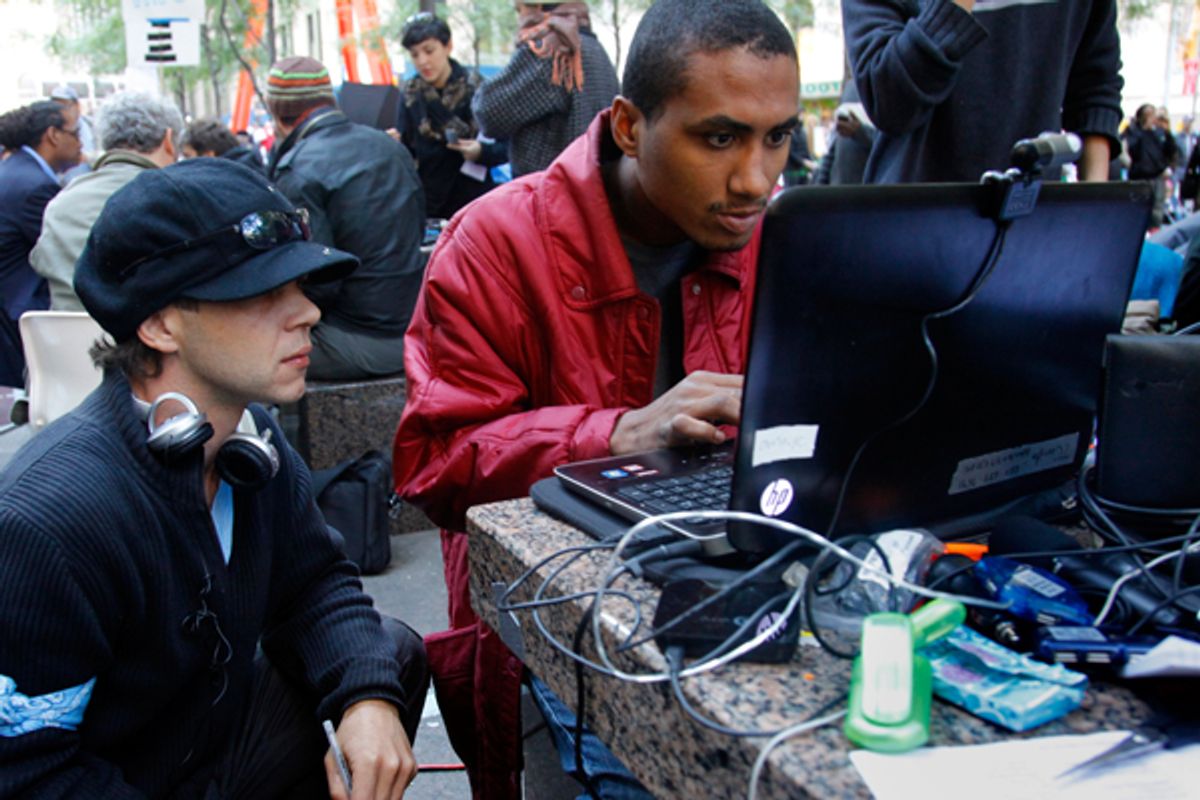 Occupy Wall Street has had its share of television coverage over the past few weeks. But as the movement continues to grow, there's a chance it will be incorporated into more than just TV newscasts --  there's chatter that you may find the protest (and its individual representatives) in forthcoming TV series and even blockbuster films.

A Craigslist ad posted earlier this week offers a possible hint: "MTV's Real World is seeking cast members to tell their unique stories on our show. If you are over the age of 20 and appear to be between the ages of 20-24, and the description below sounds like you, we want to hear from you!" It goes on to solicit applications specifically from people who are "part of the OCCUPY WALL STREET MOVEMENT" -- leading the New York Observer to wonder whether "Real World" casting agents (if they are truly behind the ad) are interested in "corporate co-opting, or a chance to spread the message to the world." (There's still no confirmation from "Real World" producers, however, that the ad is legit.)

The L.A. Times further reports that there's a possibility Christopher Nolan will shoot some of "The Dark Knight Rises" at the scene of the protests:

Under its code name "Magnus Rex," the Warner Bros./Legendary Pictures production will arrive in the nation's biggest city for 14 days starting Oct. 29, according to a casting notice recently issued by producers. And, according to a person briefed on actors’ schedules who requested anonymity because production details were being kept confidential, cast members have been told the shoot could include scenes shot at the Occupy Wall Street protests.

The New York Times adds that two Brooklyn-based filmmakers have been working with "more than 50 people from more than a dozen American cities" on a collaborative OWS documentary, "99% -- The Occupy Wall Street Collaborative Film," since the beginning of the month. On the project's Kickstartr page, its organizers say they hope their documentary will be released "as a ... feature film in theaters, on DVD, TV and of course online," adding: "The end product will be a  compelling, cinematic, resonant, and honest portrait of the Occupy Wall Street movement. ... Whether you are the 99% -- whether you even agree with the term -- or if you just want to see a film about it -- this is it." Find out more (and contribute your own video footage) by visiting the movie's web site or YouTube channel.