What makes a book great? 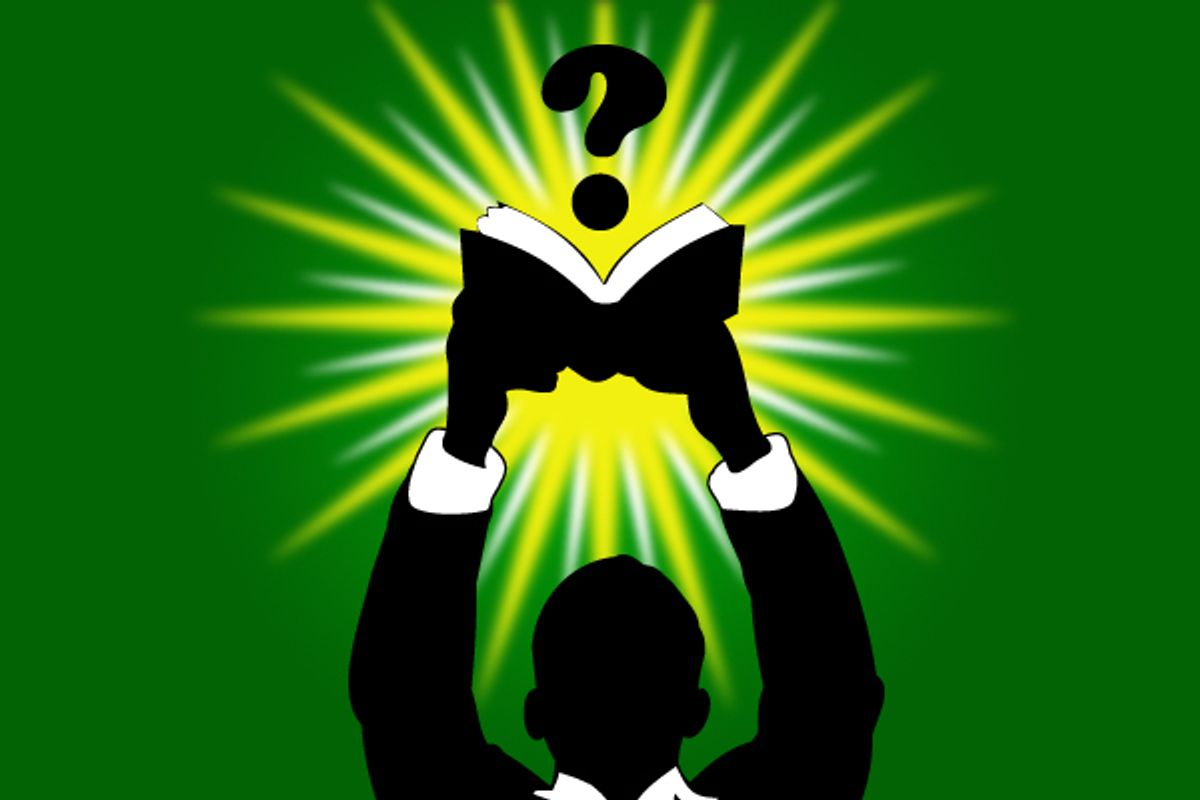 What is the purpose of literary prizes and how do we determine the excellence of a book? Those two questions have been cropping up a lot lately, from discussion of the National Book Award in the U.S. to the unfolding kerfuffle over the Booker Prize in the U.K.

Booksellers often say that the Booker has more credibility with American readers than the NBA, citing a track record that includes Yann Martel's "Life of Pi," Hilary Mantel's "Wolf Hall," Arundhati Roy's "The God of Small Things" and A.S. Byatt's "Possession" as titles introduced to an enthusiastic stateside readership during the prize's 43-year history. Chosen by a panel with varied backgrounds (scholars, novelists, critics, booksellers and the occasional broadcaster), the Booker shortlist tends to be a blend of acclaimed and relatively undiscovered works that many Britons (and quite a few Americans) make a habit of reading in its entirety.

This year is a particularly contentious one, with the panel chairwoman, Dame Stella Rimington (a former director of MI5 and author of spy novels), announcing that the judges prioritized accessibility: "We want people to buy these books and read them, not buy them and admire them." Another judge said a book had to "zip along" to make the cut. Like the typical NBA short list, the 2011 Booker shortlist includes mostly little-known titles, but this time the complaint is that the criteria used were too "populist" and that more "challenging" titles by bigger names were neglected. (On Wednesday, Julian Barnes won for his novel "The Sense of an Ending.")

To make the dispute even more confusing, the "challenging" title most often noted as an omission from the Booker shortlist, Alan Hollinghurst's "The Stranger's Child," has been shortlisted for the Galaxy Prize, which is dedicated to "books with wide popular appeal, critical acclaim and commercial success." Furthermore, in response to what they regard as the creeping lowbrowism of the Booker, a group of malcontents, led by literary agent Andrew Kidd, is floating the idea of an alternative, to be called the Literature Prize, for novels that are "unsurpassed in their quality and ambition" without regard to popular appeal.

So it's no wonder that all of this (and a commentary I wrote last week on the NBA shortlist) prompted author and academic Anne Trubek to write a blog post complaining that no one sufficiently explains "upon which criteria are the novels being judged ... What makes a masterpiece? Are there objective grounds or is it relative? What role do race, gender, etc. etc. play in which literary works are elevated to the ranks of the great? Who gets to make those decisions? Which formal attributes are lionized over others? (difficulty = good; sentimentality = bad)."

Trubek then goes on to recall a conversation with a friend on the board of the National Book Critics Circle who was ruminating over a possible nominee for that organization's annual fiction prize. The friend ultimately decided against the book because it lacked memorable characters, which Trubek immediately seized upon (at last!) as a definite criterion. If we all agreed that what distinguishes a great novel is great characters, she writes, we could really get down to work. (Although without Trubek, who notes, "memorable characters do not, for me, make a great novel.")

Of course, not all novels are about character -- take, for example, David Markson's "Reader's Block," a book we put on Salon's best-of-the-year list back in 1996. It has no characters -- at least no conventional characters -- since it's made up of discrete anecdotes, quotations and epigrams, each one no more than a few sentences long. It went on our list because I, for one, was impressed that a work so fragmented could seize my interest so entirely that I couldn't resist reading it while walking down the street (not a good idea in my neighborhood).

So that's an example of my criteria, but the ability to fascinate one particular literary critic is not the basis for judging a national prize, which is a reason why these awards use panels of judges. The space between the poles of personal preference and the notion of objective merit is where the electricity of literary prizes is generated. We can all agree on how to measure the tallest building or the fastest car, but on the question of how to determine the best novel we will be arguing 'til the end of time.

Trubek is right, though, that we should more clearly state the criteria we bring to that argument. All judges say, "We just picked the best books," when controversy arises around their choices, but shrouding their deliberations in mystery only invites more speculation. Like Trubek, I'm a fan of the the Morning News' annual Tournament of Books precisely because its judges are asked to explain in detail why they prefer one book over another.

Talking about the standards we apply would at the very least make the discussion a lot more interesting. Whatever the merits of their shortlist, this year's Booker judges have succeeded in getting their fellow countrymen to talk about what constitutes a "great" book. That people want to argue with those choices isn't, in my opinion, a sign of dysfunction. Instead, it shows that we care not only about our literary culture but about the idea of sharing it with a world full of fellow readers.

Also in the Guardian, former poet laureate and Booker chairman Andrew Motion questions the premise that "readability" and literary quality are mutually exclusive

The Galaxy National Book Awards website, announcing the shortlisting of, among others, Alan Hollinghurst

Last year's Tournament of Books at the Morning News website