America's broken Senate unlikely to confirm many judges next year

The obstruction will only get worse as the election draws closer 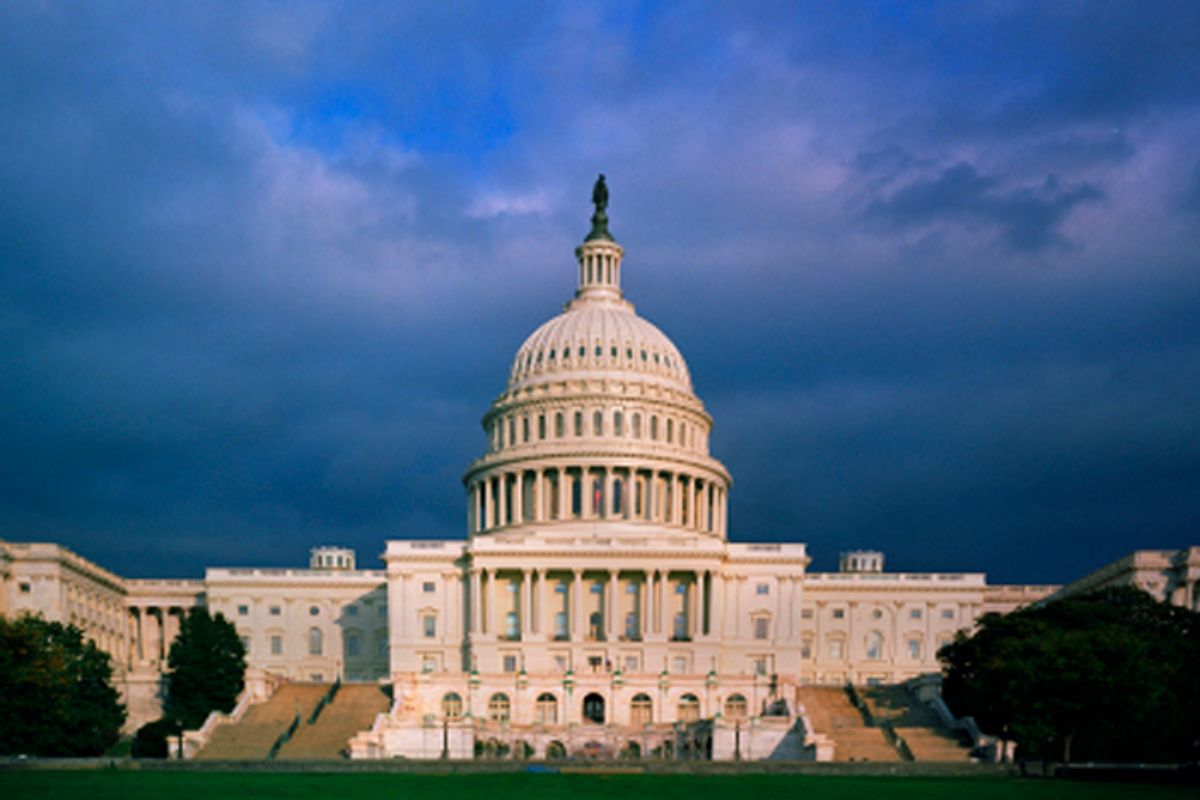 Our useless vestigial Senate remains a lavish old folk's home for America's worst people, and it will only get worse next year. Joe Lieberman has announced his intention to block a bill that will send states money to hire and retain public employees, because he is Joe Lieberman, the mascot of all this is awful and detestable about the world's most deliberative body. This after Senate Republicans "defeated" the larger jobs bill by preventing it from being debated in a vote that they won with a minority. That is business as usual, reported by the objective political press as "gridlock" that "both sides" are responsible for. And as Al Kamen writes today, the Senate's slow trickle of judicial confirmations will likely cease once the presidential election is underway.

An American president's most lasting legacy is often the courts he leaves behind. Future Congresses can nullify or alter laws, but judges serve as long as they like and a large enough group of like-minded ones can change the course of American politics entirely. Bush and Reagan's judges have been pushing the nation rightward for years and they'll continue to do so for decades.

But unprecedented Senate obstruction by the Republicans combined with Obama's completely inexplicable lack of urgency have basically guaranteed that if Obama's judicial legacy will be next to nil, should he end up being a one-term president. And the hope that Obama will be a one-term president basically removes any incentive the GOP has to confirm anyone he wants on the bench.

Pat Leahy is complaining about GOP stalling on judicial nominees, but Republicans like Chuck Grassley are easily able to craft arguments that allow the press to portray the problem as typical bipartisan bickering. That is, when the press reports on the Senate's sorry inability to confirm federal judges at all.

Kamen, bless him, reports the most salient fact:

Here’s one bottom line: Obama’s confirmation rate for both circuit and district court nominees is a dismal 68 percent, compared with Bush’s 81 percent and Bill Clinton’s 82 percent.

Another crucial distinction the press tends to elide for fear of seeming biased: Obama tends to nominate exceptionally well-qualified and extremely uncontroversial moderates, while Bush devoted a great deal of energy to putting conservative activists on the courts.

But I imagine you won't see a lot of headlines about how the Senate isn't confirming judges next year. In part because there will be an exciting campaign to report on, but mostly because the Senate not doing things is now the status quo, and thus no longer newsworthy.