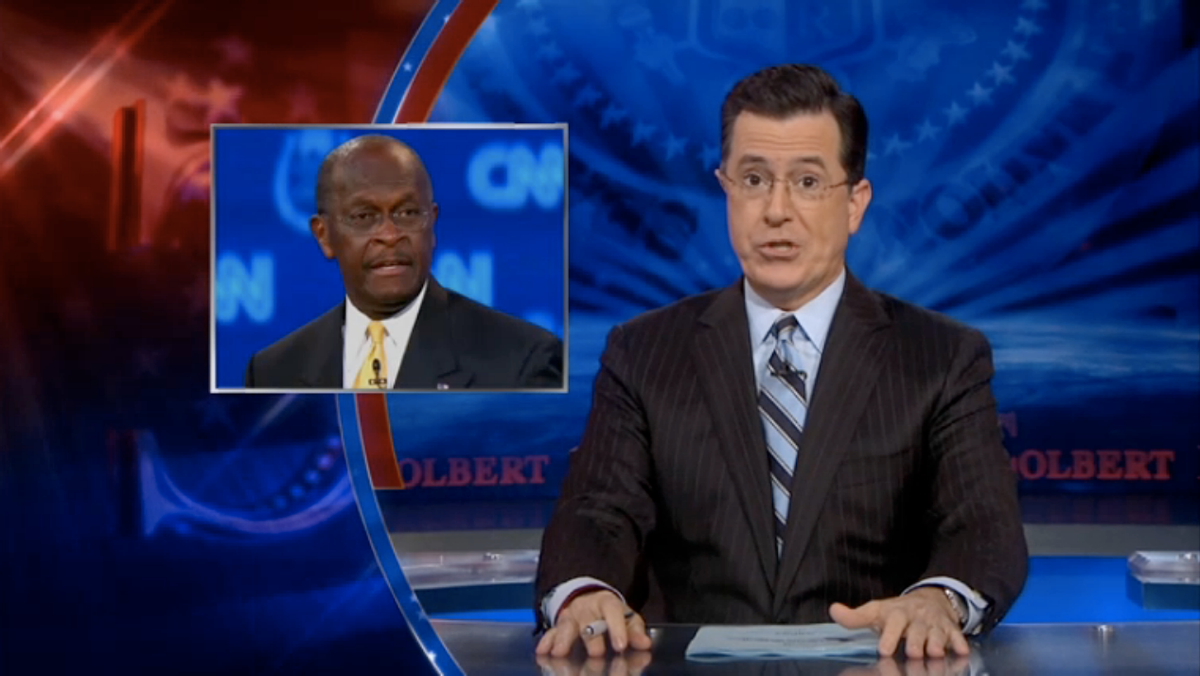 Republican hopeful Herman Cain believes that the unemployed have nobody but themselves to blame for their joblessness. Herman Cain also believes they should blame Barack Obama. While this all might seem like a not-particularly-graceful form of rhetorical jiujitsu, that doesn't mean it has to. Stephen Colbert spent a portion of his program last night explaining exactly how you can reconcile two seemingly contradictory arguments. (Hint: It helps if you say everything with a straight face, and don't focus too much on the words coming out of your mouth.)